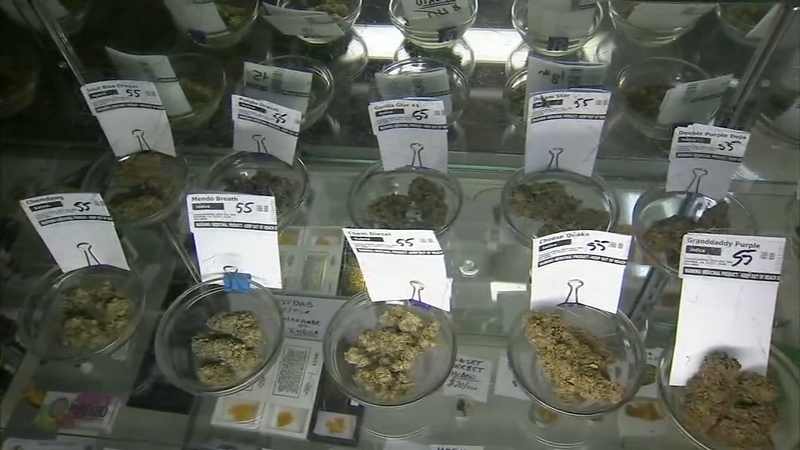 LEMOORE, Calif. (KFSN) -- One week after a proposal to sell city land to a cannabis company fell through, that same company, Valley Pure, will try to convince Lemoore city councilmembers that they are worthy of one of the city's two dispensary licenses.

The store would be located at the Train Depot Building, with Valley Pure leasing the space from the city.

"It has the least impact on parking downtown cause there's a parking lot attached to it," said Lemoore City Manager Nathan Olson.

But Olson has drafted development agreements with at least five other cannabis companies, including Natural Healing Center, which hopes to open a store next to Reyna's Mexican Restaurant.

Veronica Salas thinks it could be good for their business.

"Well we serve great food here so I know some people get the munchies," she said.

Salas says she would feel even safer with a pot shop next door.

She knows police would patrol the area more, and there'd be more surveillance cameras too.

Olson estimates two dispensaries will generate between $500,000-$650,000 in annual revenue for the city.

The city doesn't have a cannabis tax yet, but under the current ordinance, would collect 5% of gross receipts.

"The whole point in doing this was to one, kind of get ahead of the state because the state already allows it into your community via delivery. You don't have any control of that. So we can help control the growth, help control what it does, bring some money in for the city. As everybody knows, we're in a little bit of a budget issue here with the general fund. So this is a good way to start shoring those gaps."

It just allows negotiations with them to continue.

Council would have to approve their regulatory permits and development agreements in the months to come.