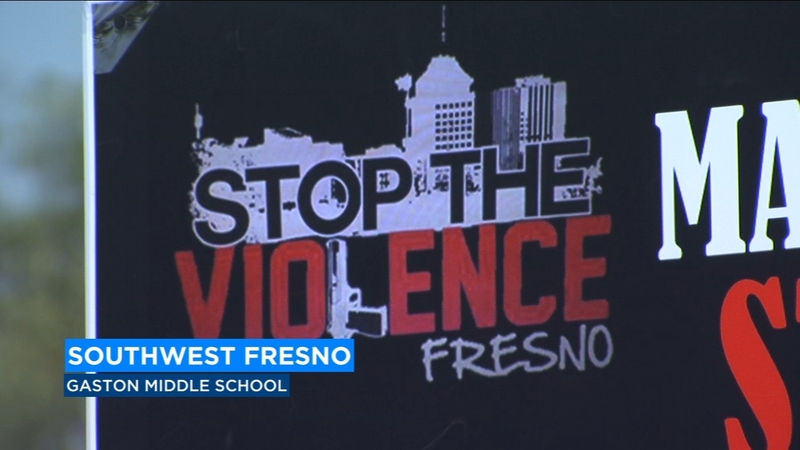 Kids and teens were broken up in groups where they were able to learn from former gang members and Fresno Police.