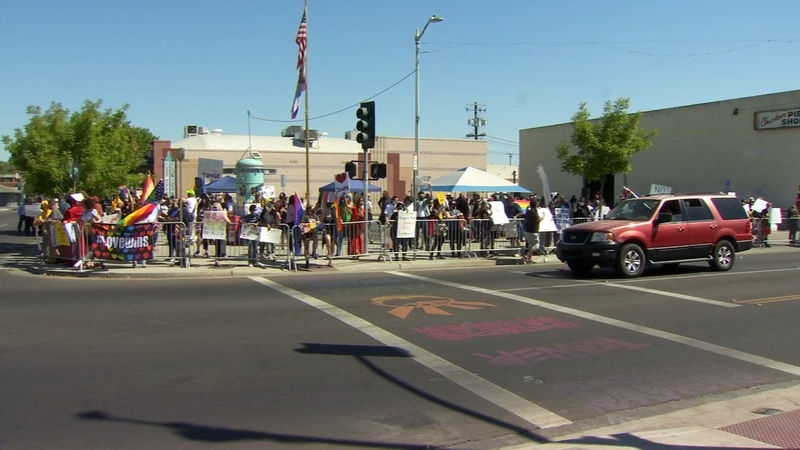 FRESNO, Calif. (KFSN) -- As the protests regarding the sale of the Tower Theatre continue, city leaders were out to ensure they were safe.

Balderrama said the protest was "uneventful" in terms of violent activity. He said no arrests were made and that both sides were peaceful.

Mayor Dyer complimented the police department for the safety measures put in place, including barricades in front of the theatre. Balderrama said about 25 to 30 members of the department were at the protest to ensure safety.

The extra measures come as last week, two people were arrested. Balderrama said he believes both men were involved with the Proud Boys, the right-wing extremist group with ties to white nationalism.

The protests in Fresno's Tower District continue as the historic theatre could soon be purchased by Adventure Church.

Tower residents say the theater is the centerpiece to the artistic heart of Fresno, which is something everyone in the city should care about.
Report a correction or typo
Related topics:
societyfresnoprotesttheater
Copyright © 2021 KFSN-TV. All Rights Reserved.
More Videos
From CNN Newsource affiliates
TOP STORIES