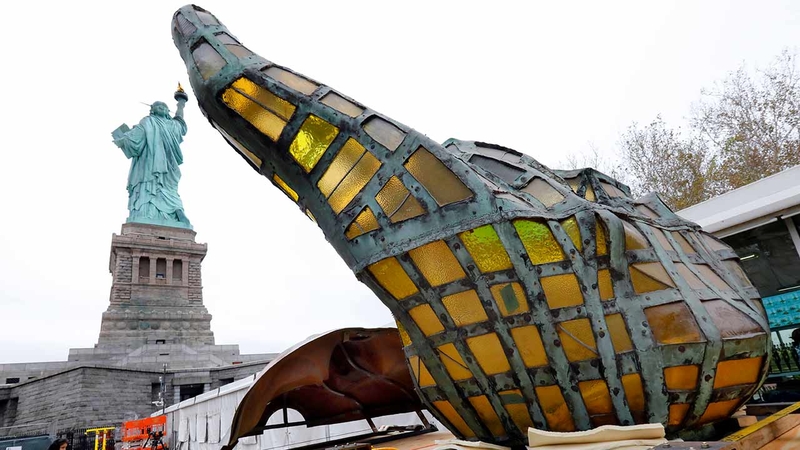 LIBERTY ISLAND, New York City -- The Statue of Liberty's original torch has been moved from the base of the statue to its new home in a museum that will open next year.

The torch was replaced with a replica in the 1980s.

Visitors watched on Thursday as the base and the flame of the 3,600-pound torch were trucked slowly and carefully to the museum construction site about 100 yards from the statue.

The torch was removed in 1984 because officials with the National Park Service and the Statue of Liberty-Ellis Island Foundation determined that it was too badly damaged to restore.

A new torch was installed in 1985 and the old one was placed in a museum in the statue's base.