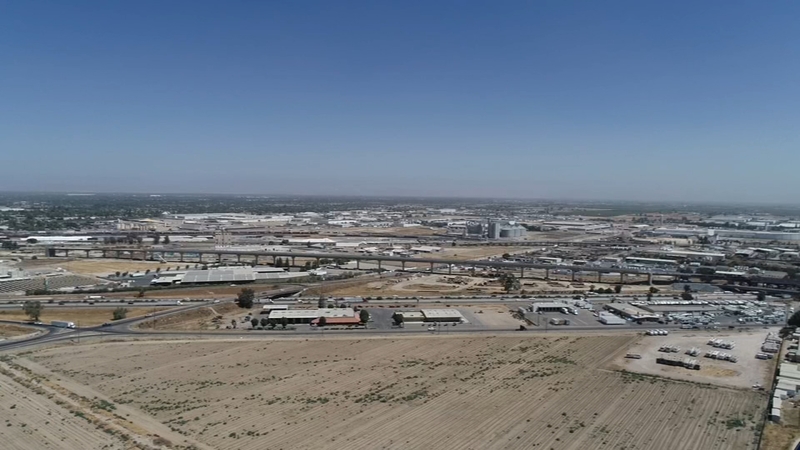 FRESNO, Calif. (KFSN) -- A south Fresno community group is turning to legal action against the City of Fresno after they say their concerns about industrial buildings in their neighborhood were not heard.

"We are people too," said south-central Fresno resident Panfilo Cerrillo. "We do not want all of these factories in our backyards."


South Fresno is home to warehouses, distribution centers and factories of companies like Ulta, Amazon, and Foster Farms. But it was first home to people who have lived there for decades.

Monday night, they gathered to voice concerns that all the industry is having on the quality of life.

"Would anybody here want factories and trucks and trailers going in and out right next door to your school," asked Cerrillo.

The South Fresno Community Alliance filed a petition in Superior Court in late October against the city of Fresno, claiming that their concerns were ignored when the city passed an environmental impact report for its general plan this fall.

"Residents in south Fresno are exposed to severe air pollution and sound, vibration, aesthetic and traffic impacts as a result of all of this industrial growth encircling homes and their school," said Leadership Counsel Directing Attorney Ashley Werner. "But the environmental impact report fails to acknowledge those impacts on residents."


She says a court hearing will be set next year, but the group hopes to come up with a solution with the city before then and stop any further industrial rezoning in south Fresno.

"The city's actions have real, practical impacts on the lives of real people in south Fresno who are suffering from those decisions," said Werner.

The legal action comes as the city of Fresno decides how thousands of acres between Elm Ave. and Highway 99, and North and Central Avenues, will be zoned in the future. Industrial use is an option on the table.

"We always want to make sure that we keep a good balance of economic development so our residents have job opportunities," said City Manager Thomas Esqueda. "But we don't want to do that in a way that disrupts the quality of life and the character of communities."

Esqueda encourages south Fresno residents to be a part of the environmental impact report process for that portion of land.


Organizers said they want to see more retail options come to the south side. Esqueda acknowledges the community has shouldered more of the industrial development than other parts of the city.

"How do we bring an investment of the things that the community wants to southwest Fresno? Because I think the data is pretty clear that there has been a degree of disinvestment there," he said.

Esqueda says he expects the public will get to weigh in on the latest environmental impact report sometime in December.