Southwest's gamble: First flights to and from Fresno 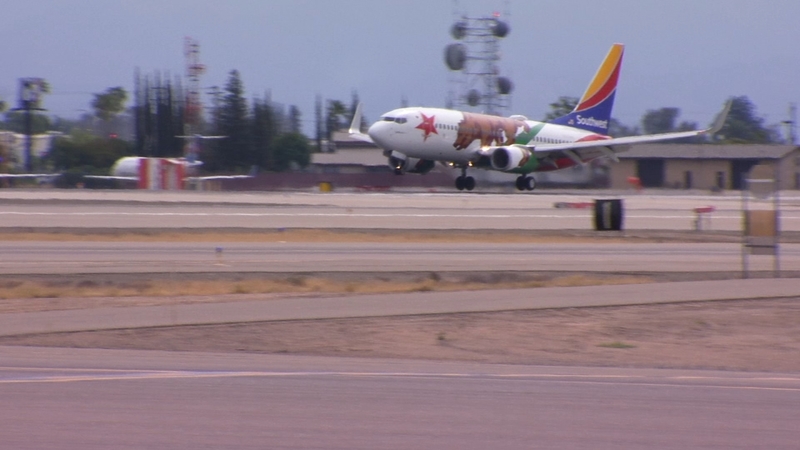 Southwest's gamble: First flights to and from Fresno

After a quick cleanup, the Boeing 737-700 loaded right back up with passengers ready for the first flight out of Fresno.

"Being on an inaugural flight is a big deal, especially in a place like Fresno where the options used to be limited," said Eric Albertsen of Austin, Texas.

Southwest is the world's biggest budget airline and the busiest in California, where Fresno is now the 13th city it serves.

When the flight took off, it changed the travel landscape for people like Ruby Langston, who went to see family in Las Vegas and didn't even realize she and her great-granddaughter, Lily, were on the inaugural flight.

"Hopefully they have a pretty good schedule, like more than once a day," the Atwater resident said.

Travelers can jump on connecting flights to more than 50 cities from Las Vegas and Denver, which is reason for celebration among city leaders.

"It's an exciting day for us," said Mayor Jerry Dyer. "It's going to increase opportunities, business opportunities for people to relocate here."

Some of the first passengers immediately proved the mayor right, pledging to stay in Fresno because of the airline.

"We fly everywhere Southwest," said Steve Shaw, of Fresno. "We've been going to Oakland and San Jose just to get anywhere with Southwest."

Southwest doesn't assign any of the 143 available seats, so passengers picked their own and settled in for a quick flight - with return trips coming sooner for some than others.

"Just felt compelled to be on the first flight out, so that's what we're doing," said Chris Stratton, of Clovis. "We're spending the day in Vegas and we'll be on the 9 o'clock return flight back to Fresno tonight."

"What can you do in Vegas in a few hours?" an Action News reporter asked Chris and his wife Rachel.