2020 NFL Rookie Rankings: Why the Joe Burrow-Tee Higgins connection is off to a hot start 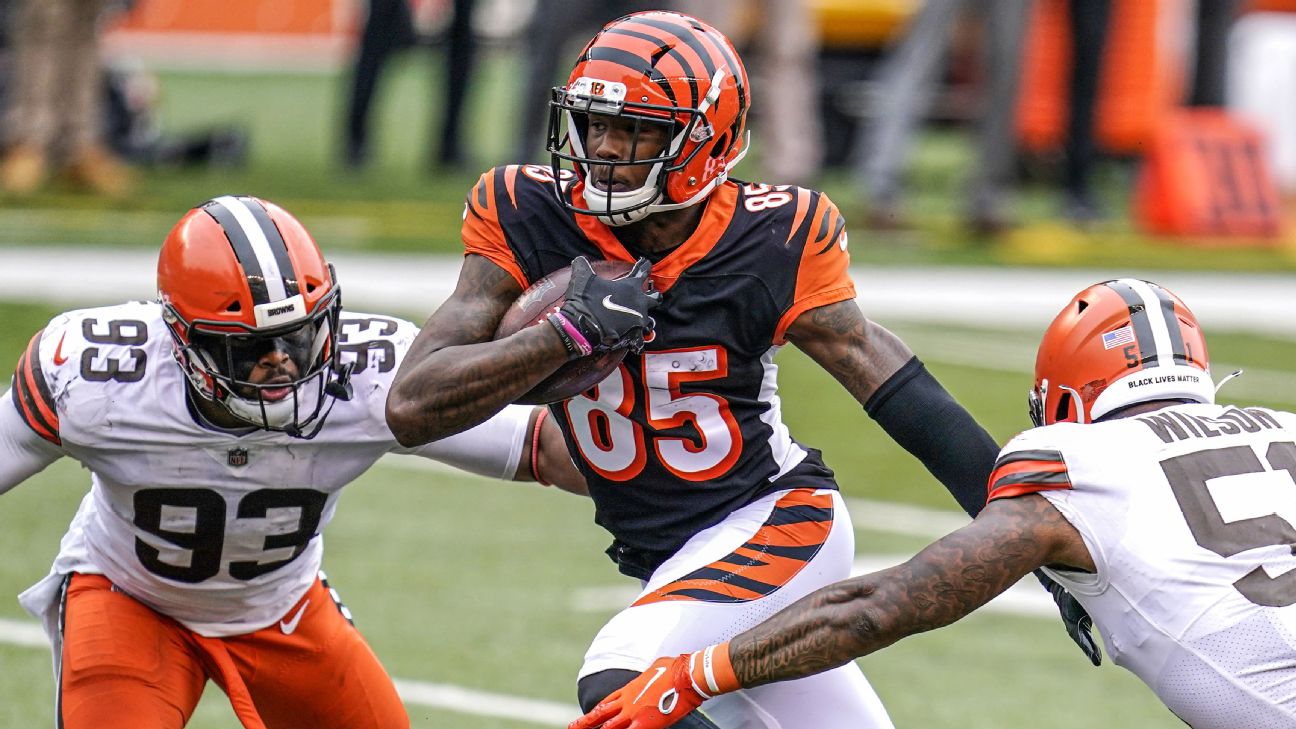 As the NFL rolls into Week 11 of the COVID-impacted 2020 season, it is the two first-year players who were tossed into the deepest end of the football pool who now lead the way in our second round of rookie rankings.

Six ESPN writers and analysts -- Matt Bowen, Mike Clay, Mina Kimes, Kevin Seifert, Field Yates and myself -- ranked our top 10 rookies to this point in the season. We tabulated the results, using Heisman-type scaling for each ranking, which gave us an overall list. Then, I looked at two first-years who have seen their stock rise over the past six weeks, and two more whose stock has declined. I also provided a few additional notes on the class. Finally, ESPN Stats & Information's Seth Walder named an under-the-radar rookie to keep an eye on.


Tampa Bay, Cincinnati and Washington each have two players in the top 10 this time around, while one undrafted rookie has pounded his way on to the list.Let's take a look at the 10 best first-years to this point.

Other notes | Under the radar

Forcing many to rethink their pre-draft analysis of him, Herbert has thrown 17 touchdown passes in the past six games and has four 300-yard games overall this season. The Chargers have let him sling it, too, with at last 42 pass attempts in four games this season, including three of the past four. The team is 1-7 in his starts, but five of the losses have been by five or fewer points.

Monday night was his third game of the season with at least 135 yards receiving, and while quarterback Kirk Cousins often looks elsewhere in the red zone -- Jefferson has seven games this season without a touchdown catch -- the rookie receiver is a key part of Gary Kubiak's passing game. His 18.1 yards per catch ties him for fourth in the league with Seattle's DK Metcalf.

Personnel executives continue to rave about Wirfs' athleticism, and given that the Buccaneers are third in the league in pass attempts, he has been tested in pass protection plenty. According to ESPN metrics powered by NFL Next Gen Stats, he's second in pass block win rate and first in run block win rateamong rookie tackles.

Young called his roughing the passer penalty with 12 seconds left in Sunday's loss to the Lions a "rookie mistake'' -- the penalty led to a 59-yard game-winning kick -- but he hasn't made many of those over the course of the season. The sacks haven't always been there, but he consistently affects quarterback play, and at some point, likely sooner rather than later, Young will stack those numbers. His 18.4% pass rush win rate is 16th in the NFL, per ESPN metrics and NFL Next Gen Stats.

Hello, Mr. Robinson. The undrafted rookie is one of the few bright spots for the Jaguars. He has been busy, too, lugging it 155 times (the next most-worked Jacksonville running back has seven carries). Robinson also has three 100-yard rushing games to go with an 83-yard receiving game.

After he finished the season opener without a catch in his 15 snaps, Higgins has 40 catches in the eight games since, including two 100-yard games in his past four starts. Higgins is second among rookies in receivingyards this season. The Burrow-Higgins connection is looking promising for the Bengals.

Gibson continues to make the transition from a slot receiver who occasionally ran the ball out of the backfield in college to a running back who will be asked to catch the ball at times in Washington. It has been an adjustment for Washington's staff, as well, as Gibson has played more than 50% percent of the team's snaps on offense in just two games this season and not since Week 5.

The 6-foot-7, 363-pounder has dealt with a chest injury of late -- he left the Jets' Week 9 loss to the Patriots after just 15 plays -- but continues to be one of the few bright spots in the team's struggling offense. Becton has dominated when he's in the lineup, but he missed two games earlier in the season and didn't finish two others with a shoulder injury.

Buccaneers defensive coordinator Todd Bowles asks a lot of Winfield. He has three games with at least seven tackles this season and three games with quarterback hits, and he had his first interception of the season in Week 7 against the Raiders. Winfield has also played at least 97% of the team's defensive snaps in nine games.

The 10th pick of the 2020 draft has played all but 16 snaps for the Browns' offense this season. Cleveland has rushed for 159 yards per game, and Wills leads all rookies (seventh overall among all tackles) in pass block win rate at 93.4%, according to ESPN metrics and NFL Next Gen Stats.

A sixth-round pick (182nd overall), Onwenu has started every game for the Patriots, having seen time at right tackle, both guard spots and as an extra tight end early in the season. He has even changed positions during games to cover for injuries. His 88.8% pass block win rate, via ESPN metrics by NFL Next Gen Stats, is No. 1 among all guards in the NFL.

Johnson, a second-round pick, has started every game for the Bears and played every defensive snap in seven of those games. He has also broken up 13 passes this season and, like Winfield, finds himself in the conversation for the league Defensive Rookie of the Year.

Chinn was selected at No. 64 in the second round, and he has 70 tackles and an interception in nine games. He has also knocked down five passes and ran for 28 yards on a fake punt in Week 8 against Atlanta.

Blackmon has started the past seven games for the Colts since Malik Hooker was injured, and the third-round pick (85th overall) has 21 tackles to go with his two interceptions. All that after coming back from a torn left ACL in the Pac-12 championship game last December.

The 75th overall pick this past April has started every game for the Lions as the player they've looked to the most to replaceGraham Glasgow, who signed a $44 million deal with Denver in the offseason.

The Jaguars hope Chaisson can battle through early ups and downs to improved play, much like we've seen from Giants offensive tackle Andrew Thomas. With Yannick Ngakoue having been traded and Josh Allen having missed two games, Chaisson has struggled to make an impact with the increased playing time.

Arnette has had nothing but bad luck since Week 3, spending time on injured reserve with a thumb injury and then on reserve/COVID-19. He returned this past weekend with 45 snaps against the Broncos.

Hunt earned several starts at right tackle when fellow rookieAustin Jacksonhit injured reserve earlier this year, causing a reshuffling of the Miami offensive line. He hasn't played enough to qualify for our official pass block win rate leaderboard, but if he had, he would crack the top 10 in the metric among tackles, although he has been aided by an above-average amount of double-team help. He's also not far down the list in run block win rate at 13th among tackles.

A second-round pick out of Louisiana in this year's draft, Hunt remained in the lineup in Week 9 when Jackson returned to action but mostly sat on the bench this past week. Dolphins offensive line coach Steve Marshall indicated Tuesday that Miami is considering playing time as a week-to-week question that could factor in matchups. Regardless, while the sample is small, Hunt's early numbers are an encouraging sign for a rookie. 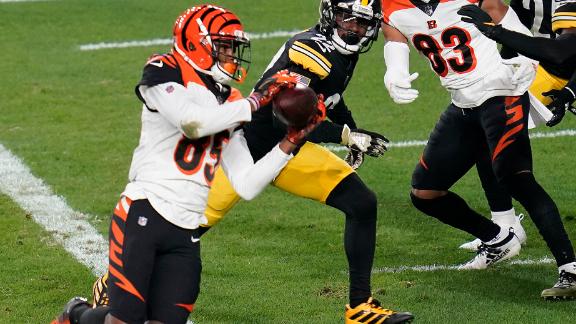