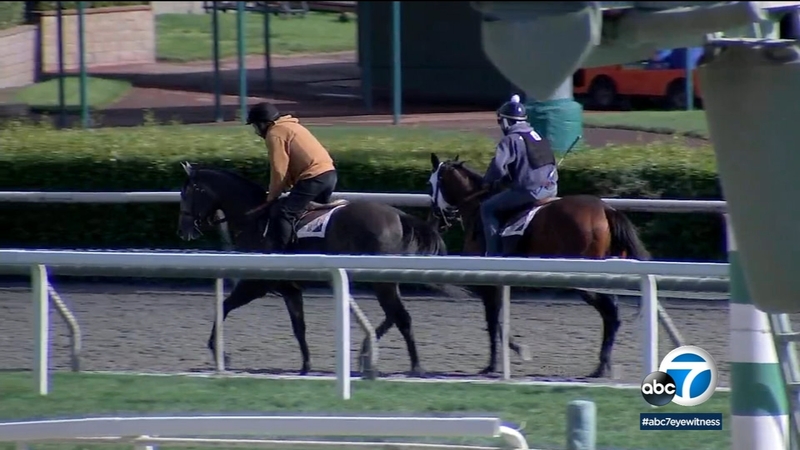 ARCADIA, Calif. -- Another horse has died after suffering an injury at Santa Anita Park, marking the 27th horse to die since late December, Eyewitness News has learned.

The horse had an X-ray taken on his ankle and was transported to Chino Valley Equine Hospital for a complete examination. It was discovered the colt had a broken shoulder and was euthanized.

River Derby was recently purchased for $50,000 in a sale in Florida. He had three recorded workouts at Santa Anita since arriving.

The unusual number of horse deaths at the track this season has sparked controversy and criticism from animal advocates, and a re-examination of the sport in California.