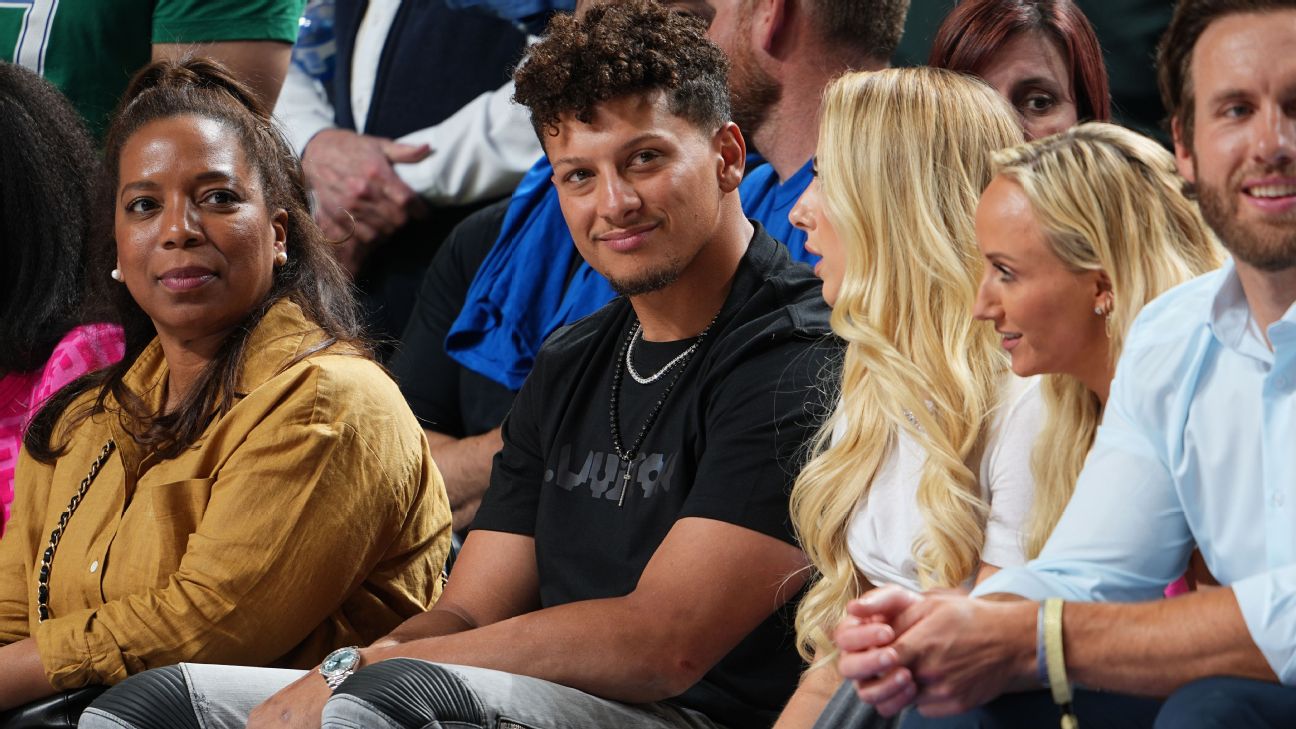 Experiencing a sporting event in person provides a different experience for attendees compared to watching it from home. From the stadium food to the crowd's rambunctious energy, spectating a contest from the stands has considerable perks. Another benefit is that you could bump into a celebrity as you take in the action.

Celebrities gracing the sidelines at games are commonplace across sports, and many stars have showed up to a number of events in recent weeks. Grammy award-winning music producer DJ Khaled went viral for hyping up the crowd during the Miami Heat's Eastern Conference semifinal matchup against the Philadelphia 76ers. He even gave Heat head coach Erik Spoelstra a shoulder rub before taking his seat.


Green Bay Packers offensive lineman David Bakhtiari showed off his drinking skills while at the Milwaukee Bucks game on May 13, chugging two cups of beer in rapid succession.

Here are some of the stars who have been showing up and showing out:

Somewhere out there,Dallas Cowboysfans are fantasizing about what life would be like ifPatrick Mahomeswas their quarterback. TheKansas City Chiefsstar was on hand -- and repping a Mavs jersey -- at the American Airlines Center to watchLuka Doncic& Co. try to earn their first win of the series on Sunday.

Cleveland Browns pass-rusher Myles Garrett showed up courtside to watch the Mercury take on the Aces Saturday. He tried capturing some of the action with a camera while he was there.


Grammy award-winning artist Adele stopped by the Chase Center to watch the Warriors face the Mavericks in Game 2 of the Western Conference Finals.

Carolina Panthers running back Christian McCaffrey showed up to support the Hurricanes for Game 2, sounding the siren before the action began.

The road to the NBA Finals runs through San Francisco. Or should we say Flavortown? Celebrity chef Guy Fieri kicked off the Western Conference finals series opener by ringing the bell at Chase Center.

During the NFL offseason,Dallas Cowboys linebacker Micah Parsons has been active across multiple opening ceremonies. Last month, the Pennsylvania native went viral for his ceremonial puck drop for the Hershey Bears.

On Tuesday, he donned the Rangers' powder blue alternates and threw out the ceremonial first pitch.

The Battle of Florida rounded out ESPN's top-five ranking as one of the NHL's best active rivalries. Miami Dolphins tight end Mike Gesicki let his allegiance be known.

The name Leslie was well-represented at Crypto.com Arena with Sparks legend Lisa Leslie and comedian Leslie Jones front and center. 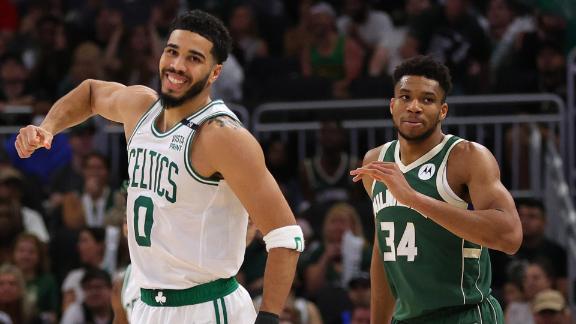 Tatum, Giannis show out as Celtics force Game 7
Jayson Tatum and Giannis Antetokounmpo combine for 90 points in an incredible Game 6 that sees the Celtics come out on top. 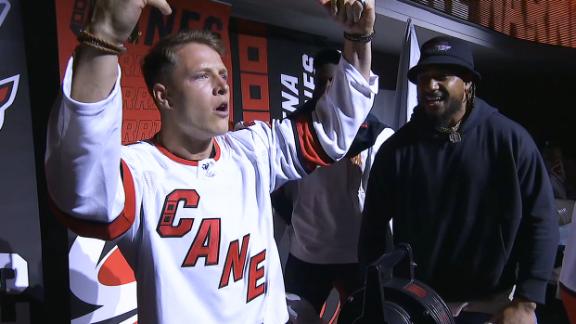