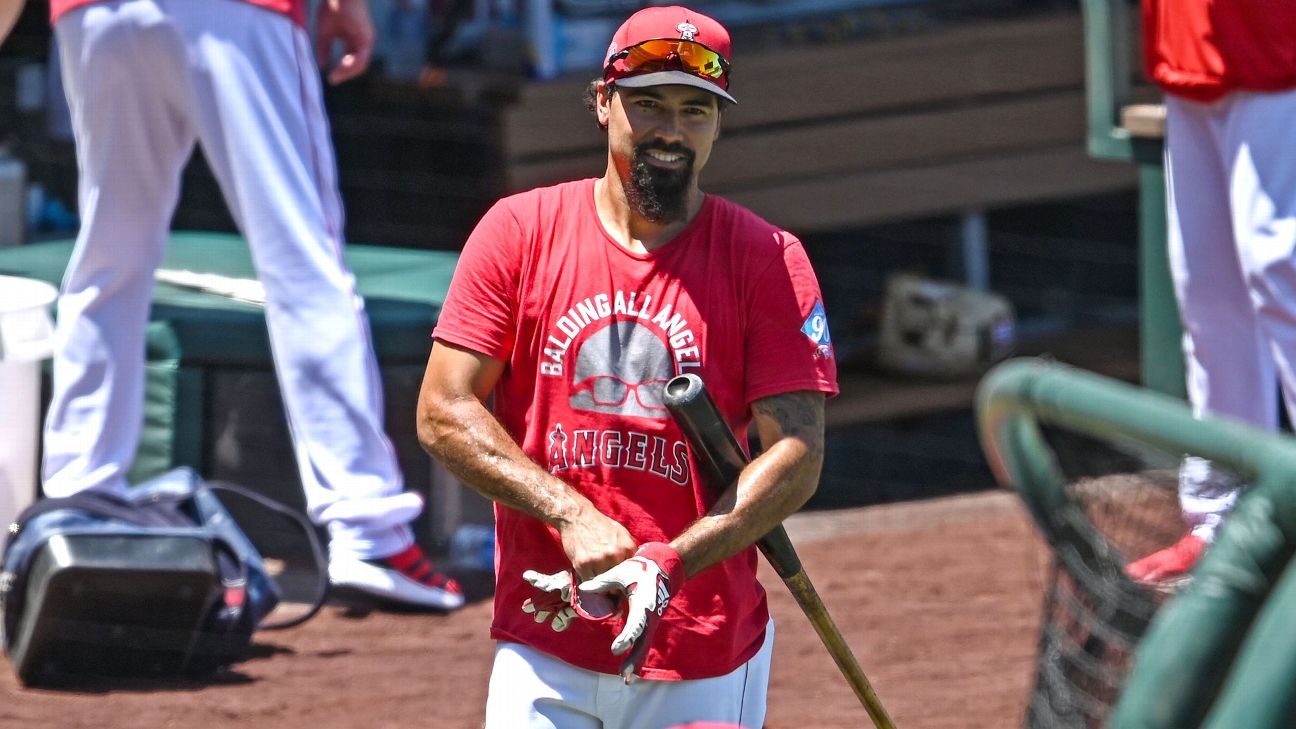 Anthony Rendon, the Los Angeles Angels' new third baseman, is nursing an oblique injury that seemingly has not improved, further jeopardizing his chances of playing during the opening weekend.

Rendon, signed to a $245 million contract this offseason, was scratched from intrasquad games on Friday and Saturday and did not play on Sunday.


After the team arrived at Petco Park for its first official exhibition game on Monday, Angels manager Joe Maddon reported that Rendon remained "a little sore" and would need at least a couple of days off.

The Angels begin their season with a four-game road series against the Oakland Athletics, starting with a 7:10 p.m. PT game Friday on ESPN.


If Rendon is unavailable for that first series -- a stretch that would constitute nearly 7% of a 60-game season -- the Angels would mostly fill his absence with utility infielder David Fletcher.

Maddon referenced the unpredictable nature of oblique injuries in declining to provide a timetable for Rendon's return. He said Rendon is "going to want to play that first game" but that they "have to get past the soreness."
Report a correction or typo
Related topics:
sportsespnnewsmlbanthony rendonlos angeles angels
Copyright © 2020 ESPN Internet Ventures. All rights reserved.
More Videos
From CNN Newsource affiliates
TOP STORIES