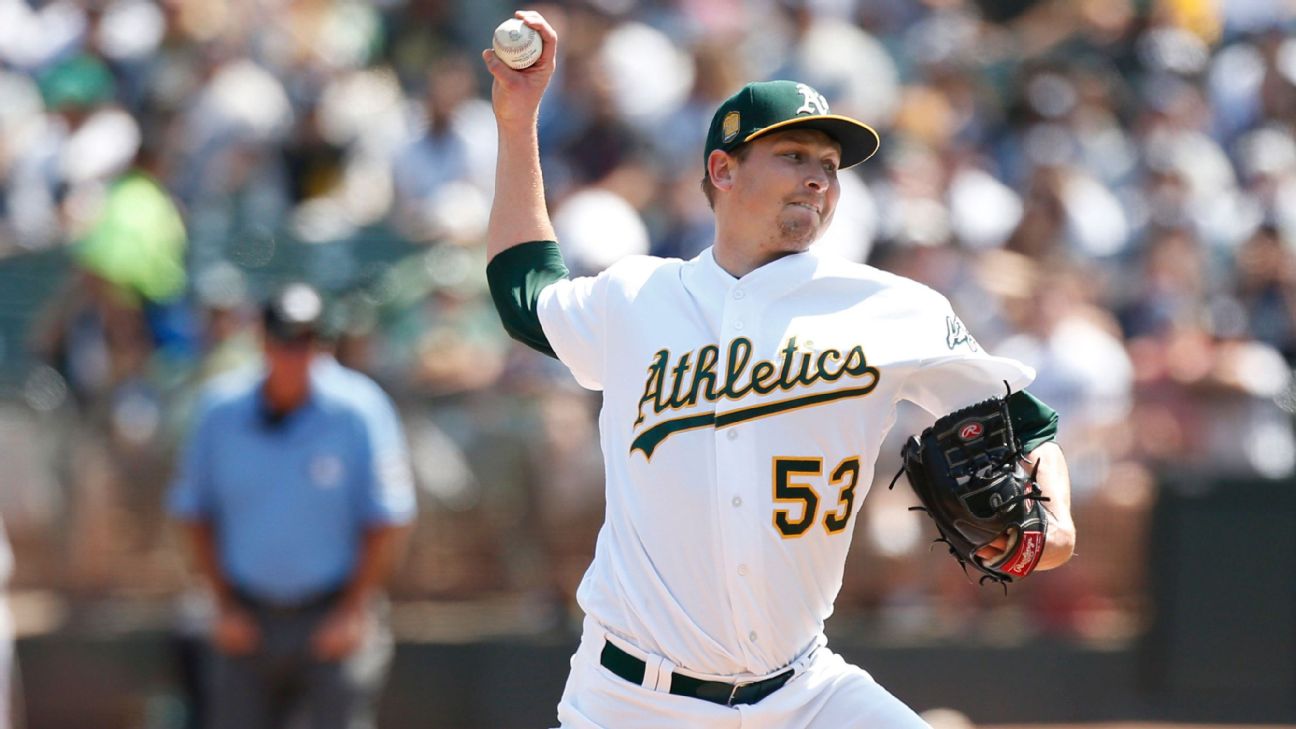 The Los Angeles Angels,in desperate need of pitching when the offseason began, plugged holes in their starting rotation by betting on the upside with a couple of former All-Stars on short-term contracts.

Cahill, a 10-year veteran who made the All-Star team in 2010, will get a base salary of $9 million and can earn an additional $1.5 million in incentives, a source confirmed to ESPN. Harvey, the decorated former New York Mets superstar, agreed on an $11 million deal that can be worth up to $14 million in incentives. Harvey's deal is still pending a physical.

The two right-handers will join a rotation that includes two young lefties, Andrew Heaney and Tyler Skaggs, who are coming off solid seasons. Right-handers Jaime Barria, Nick Tropeano and Felix Pena are also in the mix.

The Angels fell short in their pursuit of Patrick Corbin, Nathan Eovaldi and J.A. Happ at the top of the starting pitching market, prompting them to allocate $20 million for Harvey and Cahill. Those signings are nonetheless more in line with the Angels' approach of trying to contend in the present without mortgaging the future.

Cahill, 30, compiled 110 innings in his return to the Oakland Athletics last season, finishing with a 3.76 ERA, 1.19 WHIP and 2.44 strikeout-to-walk ratio. He excels at generating ground balls and was one of the game's brightest young starters in his first four years, winning 61 games and posting a 3.89 ERA from 2009 to 2013.

He struggled often while suiting up for five different teams over the next four years, bouncing between the rotation and the bullpen in both the major leagues and in Triple-A. But Cahill appeared to round back into form with the A's last season, missing time only because of an Achilles injury and a minor elbow ailment.

The same can be said for Harvey, who ended a tumultuous stint with the Mets in early May and finished strong with the Cincinnati Reds, posting a 4.50 ERA, 1.25 WHIP and 3.76 strikeout-to-walk ratio in 128 innings. Harvey -- a product of Tommy John surgery who later underwent a procedure to relieve thoracic outlet syndrome -- saw his fastball velocity jump from 92.6 mph to 94.4 mph in Cincinnati.

The Angels still need a catcher and could make moves to augment their bullpen, but their rotation seems settled.