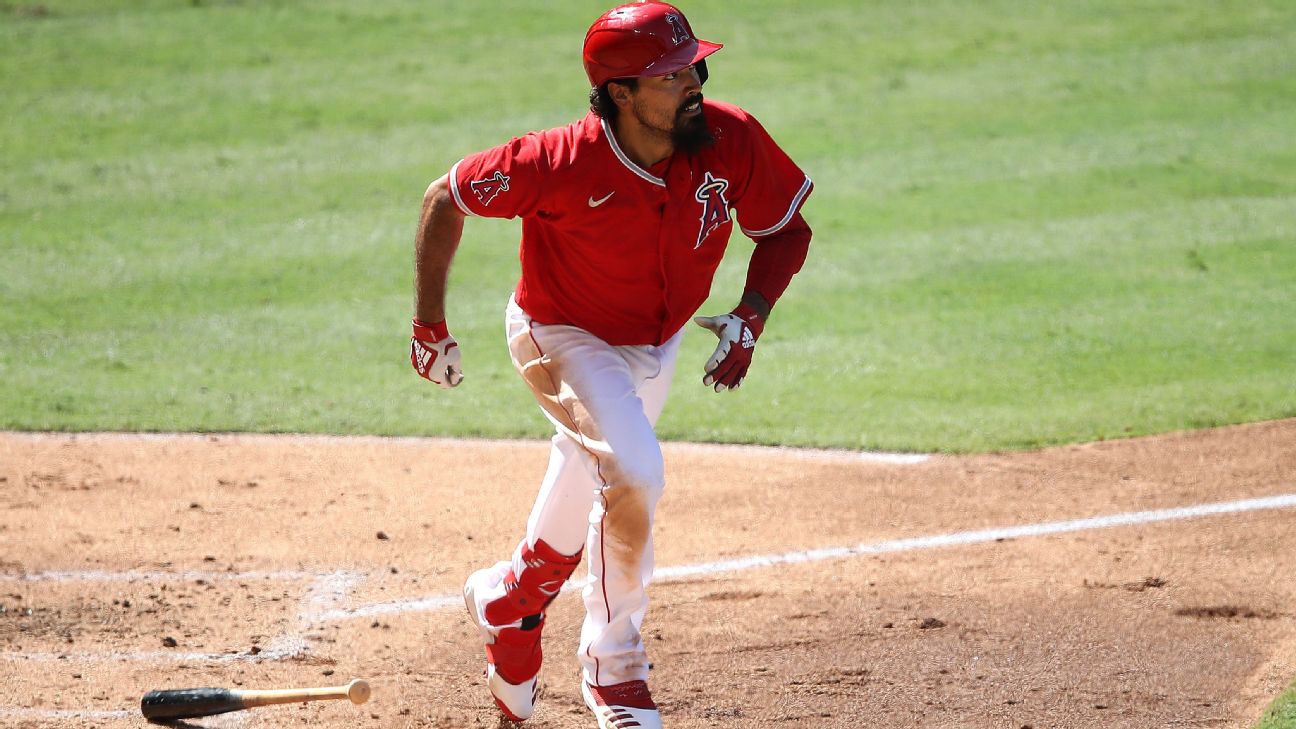 LOS ANGELES -- Neither of the Los Angeles Angels' two significant free-agent signings might not be ready when their season begins on Friday in Oakland.

Third baseman Anthony Rendon continues to be plagued by an oblique injury, and pitcher Julio Teheran continues to work his way back after reporting to camp late. The right-hander missed the first two weeks after testing positive for the coronavirus.


Rendon, who signed a seven-year, $245-million contract after leading Washington to a World Series title, has not played since an intrasquad game last Wednesday. Manager Joe Maddon said after Tuesday's 6-4 exhibition loss to the Los Angeles Dodgers that Rendon would not play in the team's exhibition finale against San Diego on Wednesday.

Maddon added that he didn't know if placing Rendon on the injured list was a possibility.


"He's still day-to-day, still a little sore. We're gonna have to make a decision very soon," he said. "I just know that he's not well yet."

Teheran, who signed a one-year, $9 million deal, played catch before Tuesday's game and is to throw a bullpen session Wednesday. Patrick Sandoval will pitch in the exhibition game and still has an outside chance of making the rotation.
Report a correction or typo
Related topics:
sportsespnanthony rendonlos angeles angelsjulio teheran
Copyright © 2020 ESPN Internet Ventures. All rights reserved.
More Videos
From CNN Newsource affiliates
TOP STORIES