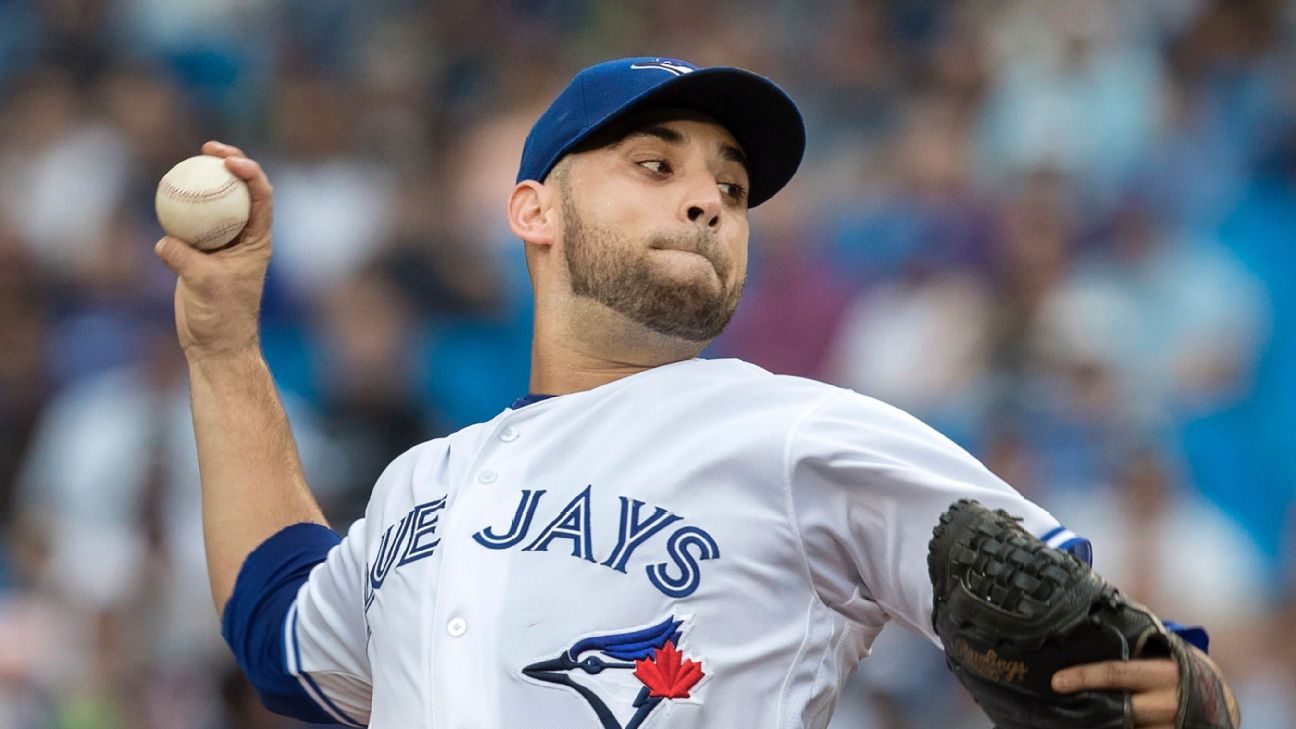 A source told ESPN that the deal is worth $4 million.

The 35-year-old right-hander is the second starting pitcher signed this winter by the A's, who are trying to fill out their rotation after a surprise wild-card run in 2018. Oakland lost Edwin Jackson, Trevor Cahill and Brett Anderson to free agency and re-signed Mike Fiers to a two-year, $14.1 million deal.

Estrada has been among the most consistent innings-eaters in baseball in recent seasons; he is one of just 14 starters with at least 175 innings a year from 2015 to 2017. He struggled over the last two seasons, as his extreme fly ball rate coincided with a spike in the home run rate across the game, and he went 7-14 with a 5.64 ERA in 2018.

The A's are banking on an excellent defensive outfield, anchored by center fielder Ramon Laureano, and the wide expanse of Oakland Coliseum to aid in Estrada's return to excellence. He was a standout for the Toronto Blue Jays in 2015 and 2016, inducing consistently weak contact and benefiting from well-below-average batting averages on balls in play.

Estrada has relied increasingly on a changeup that complements his high-80s fastball. He'll slot toward the back of an A's rotation that will be missing top starter Sean Manaea, who underwent shoulder surgery in September, and Andrew Triggs, who had September surgery to alleviate thoracic outlet syndrome.