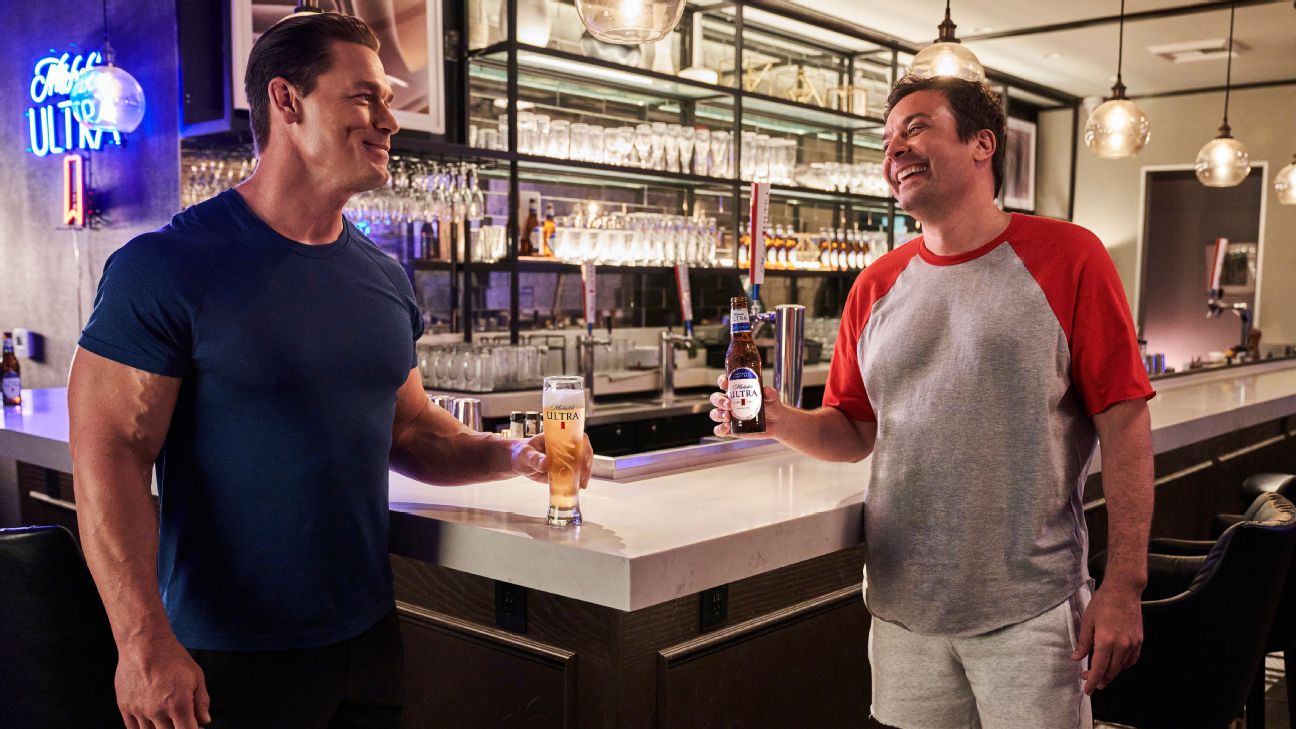 "I'm one of those guys who really looks forward to the commercials," Cena told ESPN.

And now Cena is in one. The pro wrestler, actor and TV host is making his Super Bowl commercial debut, joining forces with "Tonight Show" host Jimmy Fallon and Michelob Ultra. In their commercial, Cena teaches Fallon how to work out.

"Jimmy is an absolute star," Cena said. "I was surrounded by highly skilled folks who all enjoy what they do."

Those highly skilled co-stars include a number of athletes and The Roots, hip-hop legends and Fallon's house band. Cena and Fallon run track with Usain Bolt and play golf with Brooks Koepka and beach volleyball with Kerri Walsh Jennings and Brooke Sweat.

Even with all the world-class athletes, the funny stuff took over the commercial's shoot, according to Cena.

"There's tons of jokes," the three-time world heavyweight champion said. "I don't think Jimmy ever stops doing bits. He's so very funny and so witty. I try to do my best to hang with him, but I can't."

The Michelob Ultra ad is one of 77 commercial slots that will air Sunday. Some of the 30-second slotssold for as much as $5.6 million.

Here are some of the best:

The New England Patriots are not in the Super Bowl, but you can get a dose of the region with Hyundai's ad featuring a few Bostonians and Big Papi.

Katie Sowers: Be the one

Sowers, a 49ers offensive assistant, is the first woman to coach in the Super Bowl. She also has a commercial.

Budweiser's "Wazzup" Super Bowl commercial is an all-time classic. You probably uttered the phrase a few thousand times after its debut in 1999. Well, it's back, with a high-tech reboot.

A time before Amazon Alexa