Blake Griffin has sprained MCL, could be out two months 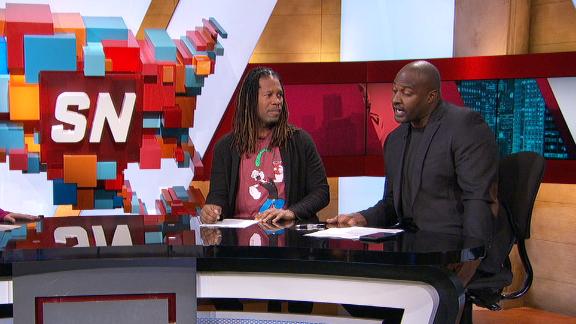 Test results on Tuesday showed no structural damage to the knee, according to the Clippers.

Griffin was injured in the final minutes of a Clippers victory over the Los Angeles Lakers at Staples Center on Monday night when he and teammate Austin Rivers collided in pursuit of a loose ball.

Griffin remained in the game on the ensuing Clippers possession, during which he missed a 10-foot hook shot. He ultimately checked out of the game and retreated to the Clippers' locker room after a layup by Lakers forward Brandon Ingram and a Clippers timeout. Griffin left the locker room without speaking to reporters.

Griffin has averaged 23.6 points and 7.9 rebounds a game this season.

Griffin, a five-time All-Star, signed a five-year, $173 million maximum contract extension in July to remain with the Clippers.

He has sustained several serious injuries through the years, including season-ending toe surgery after Game 3 of the Clippers' first-round loss to Utah in the Western Conference playoffs last season. Griffin had missed 18 regular-season games after knee surgery.

The Clippers are 8-11 and have posted three straight victories.