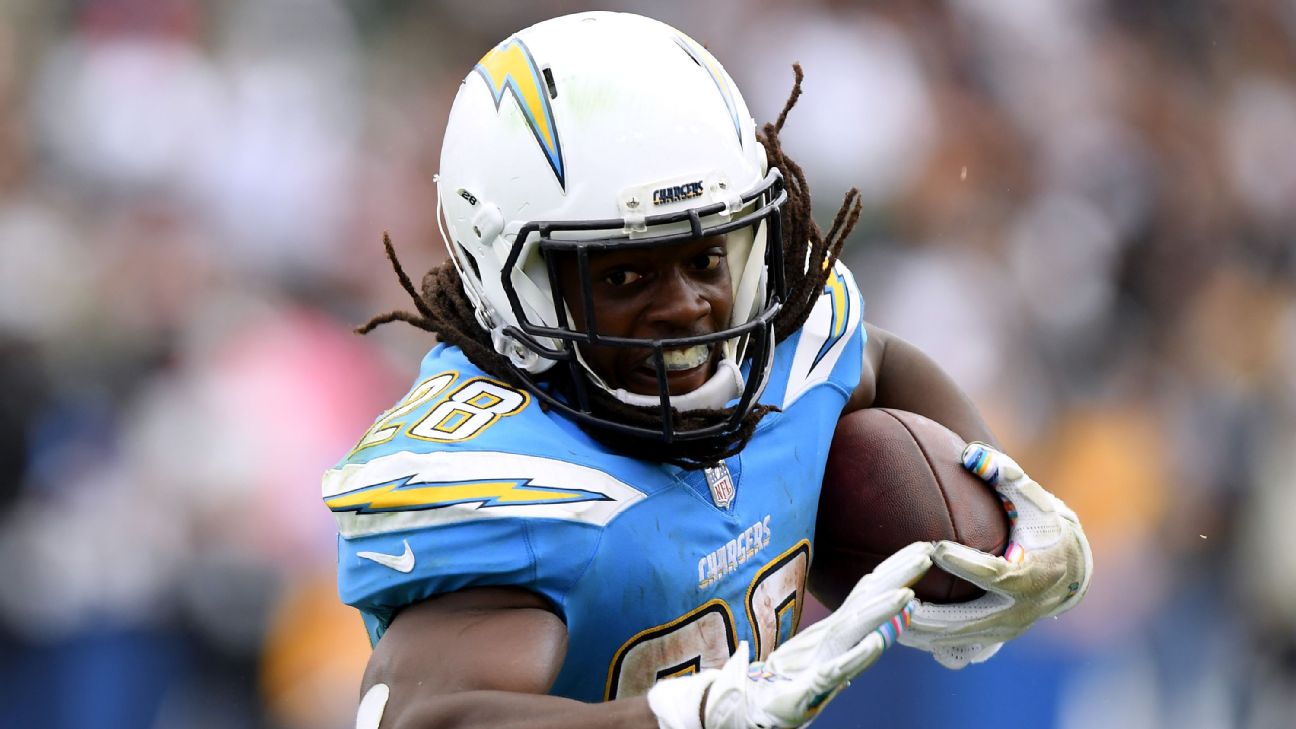 CARSON, Calif. -- Los Angeles Chargers running back Melvin Gordon suffered an MCL injury to his right knee according to an initial diagnosis, a source told ESPN on Sunday.

Gordon will have a further evaluation on his knee Monday, but there's a possibility the Wisconsin product will not be available for his team's tough road contest against the Pittsburgh Steelers next Sunday.

Gordon suffered the knee injury on a curious reverse call early in the second half of Sunday's 45-10 victory over the Arizona Cardinals, as he was leg-whipped to the ground by Arizona defensive tackle Robert Nkemdiche for a 10-yard loss.

Gordon left the field on his own. However, he was checked out by medical staff on the sideline and later went to the locker room for further evaluation.

Gordon was questionable going into Sunday's game due to knee and hamstring issues, and suffered the injury with his team in control of the game, leading 28-10.

"That's a play that we've had in for a long time," Chargers coach Anthony Lynn said. "We've been trying to get it called in a game. Melvin loves the play, and we were not taking our foot off the gas pedal.

"It's a play if he gets around the perimeter, he may still be running. But they made a heck of a play and hit us in the backfield."

Gordon was seen limping out of the locker room after the game.

The fourth-year player has 802 rushing yards on 153 carries, for a 5.2 per-carry average. He also has 44 catches for 453 receiving yards and 13 total touchdowns on the season in 10 games played.

If Gordon doesn't heal in time for Sunday, the Chargers will turn to a running back-by-committee approach with Austin Ekeler as the starter and rookies Justin Jackson and Detrez Newsome serving as the backups.

Ekeler started for Gordon when he was a late scratch due to a hamstring injury against the Tennessee Titans in London earlier this season. Ekeler finished with 42 rushing yards and 26 yards receiving in the Bolts' 20-19 win over the Titans.

For the season, Ekeler has 409 rushing yards on 70 carries and four total touchdowns.

"I prepare every week like I'm going to be starting," Ekeler said. "If I'm getting more reps, then that's what it is. I have to pick up the slack for Melvin.

"Those are big shoes to fill. Melvin and I are different running backs. He's a beast, so I have to step up my game."

Chargers quarterback Philip Rivers said it will be up to the rest of the offense to help fill the void left by Gordon's absence.