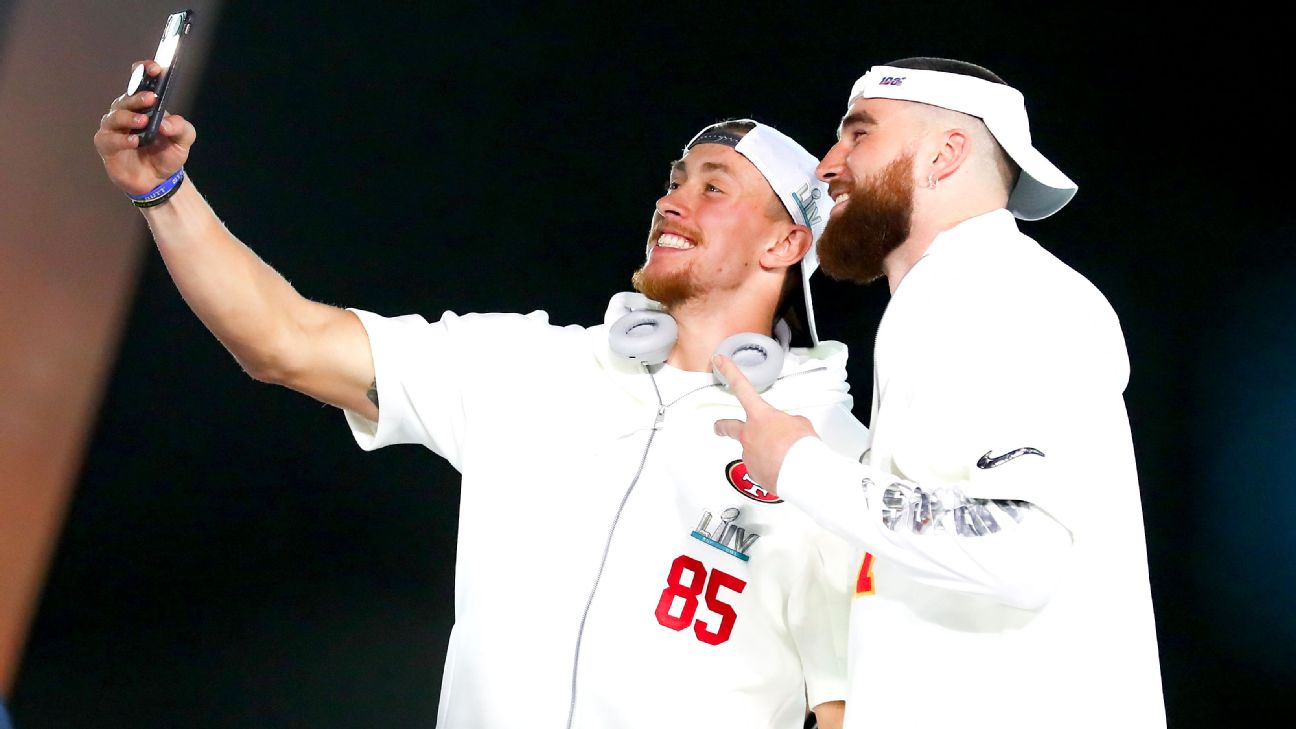 MIAMI -- With apologies to players like Zach Ertz and Darren Waller, there's no debate when it comes to the best two tight ends in the NFL: It'sTravis Kelce of the Kansas City Chiefs and George Kittle of the San Francisco 49ers, and they'll both be playing in Super Bowl LIV.

But who's the bettter of the two?

"I would probably slightly give the nod to George just because of how dominant he can be in the run game as far as the blocking is concerned," ESPN NFL analyst Louis Riddick said. "He's maybe slightly faster than Kelce.

That's how the 49ers and Chiefs look at it. Kelce (3,603) and Kittle (2,945) are first and second in receiving yards for tight ends over the past three seasons. Kelce this season became the first tight end to have four straight years with 1,000 receiving yards.

And game respects game. The pair share a mutual admiration for their skills as tight ends -- and ability to cut loose.

"Just about everybody in the world thinks the world of George Kittle," Kelce said. "He's an unbelievable person with an unbelievable amount of energy. How he plays the game with the tenacity is one of a kind. It's special.

"We're both positive guys. We both love to play the game and at the same time we both love life. With that comes a lot of responsibility in the tight end room, to not just be a one-dimensional player but be a utility guy in the locker room or do whatever the team needs. That's what we're capable of doing. In terms of similarities, I do believe the run after catch is something I've been able to have a knack for since I've been in the league. Obviously, since Kittle has been in the league, he's taken that to a whole other level."

Indeed, Kelce's average target was 3 yards deeper than Kittle's this season, but Kittle runs well after the catch. He averaged 3 yards more per run after the catch and has the most yards after the catch for tight ends over the past three seasons (1,724).

Kittle, who at 26 is four years younger than Kelce, said he patterned parts of his game after Kelce, particularly the part where he's not afraid to show his personality after a big play.

"Just watching that in college I was like, 'You know what? You don't have to be just a hard-nosed guy on the football field all the time.' You can be whatever personality you want to be and being able to see that kind of opened the door for me and my personality and how much fun I have on the field."

"There's a mutual respect there for each other's game," Chiefs coach Andy Reid said. "I think I heard Kittle say he marks his game after what Kelce has done.And you know how I feel about Kelce. I think he's the best in the business at what he does. He's great. I've seen him develop from a kid to a captain."

And neither team has faced a player as talented as Kittle or Kelce.

"He's as all-around a tight end as I think we've seen all year," said Chiefs defensive coordinator Steve Spagnuolo of Kittle. "I give him tremendous credit for the emphasis he puts on run blocking. He looks like he enjoys doing it."

"You've just got to be on your P's and Q's and watch a lot of film, study him," said 49ers linebacker Kwon Alexander of Kelce. "We practice against George and I think George is the best tight end in the league so going up against [Kelce], I think we'll be ready for him."

Chiefs cornerback Bashaud Breeland (36%) and safety Tyrann Mathieu (41%) are among the league's best in completion percentage against the tight end, so look for them to be heavily involved in coverage of Kittle.

"He adds a different element to their offense: physicality but more so the attitude that he plays with," Mathieu said. "He seems like he's having a ball every ball game. It will be important for me and guys like Dan [Sorensen] to kind of match that energy and just compete.

"He's an exceptional talent. They move him around. He runs routes from really all three positions. They bunch him up, they stack him up, they try to get him free releases, they put him in the backfield. He's a big part of what they do concept-wise. It will be important for us to ID where he is, and if it's man-to-man, compete really at the highest level against him." 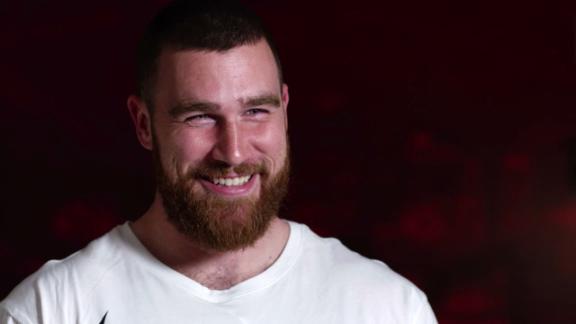