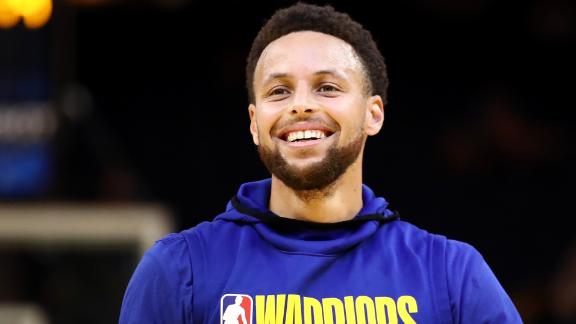 The Los Angeles Clippers and Golden State both will have a need to interject new players into the mix when they duel Tuesday night in San Francisco.

The second- and last-place teams in the Western Conference will be meeting for the second time this season at the new Chase Center, which the Clippers helped open back in October with a 141-122 trouncing of the five-time defending Western Conference champs.

Los Angeles that night shot 62.5 percent, which stands as the highest mark posted by any team -- home or visitor -- at the downtown arena.

Despite sitting near the top of the conference all season, the Clippers have made significant changes to their roster the past five weeks.

They acquired Marcus Morris Sr. from the New York Knicks in a three-team deal in early February, added Reggie Jackson after he accepted a buyout from the Detroit Pistons later in the month, and Monday brought aboard Joakim Noah off the free-agent scrap heap.

Morris came in with the highest hopes, having averaged 19.6 points for the Knicks this season. However, he has struggled in 11 games with the Clippers, including having been held to single-digit scoring in four of his past five games.

He had just one point -- five below his previous season-low -- in the Clippers' 112-103 loss to the Los Angeles Lakers on Sunday.

"He will get it, but it's going to take time," Clippers coach Doc Rivers said Sunday. "I talked to him before the game and told him, 'Just be patient, it's going to happen.' It's tough when you go from a place where you touch the ball probably every possession to every other, every five, and usually it's a ball swing for a shot.

"It's a role he can do, I have 100 percent confidence in that, but it takes some getting used to."

Likewise, Jackson had some early success for the Clippers before slumping of late. He had totaled just 21 points in his past three games.

While the new guys haven't been big factors, the Clippers have won six of their past seven, including three straight on the road.

Against the Warriors, not only will they be attempting to win in San Francisco for the second straight time, but they'll be trying to clinch the season series for the first time since 2005-06.

They will have to do it against a mostly no-name Warriors team that surprised the Philadelphia 76ers 118-114 on Saturday night, when Stephen Curry sat out with an illness.

Curry, who did not practice Sunday, is questionable for Tuesday's game.

Seeking just an ounce of consistency, Warriors coach Steve Kerr announced Sunday that Mulder would get a second 10-day contract in time to face the Clippers.

"Mychal is fantastic," Kerr told reporters after Saturday's win. "A really good player. Good defensively as well, and we're lucky to have him."

The Kentucky product, who spent his first 2 1/2 professional seasons in the G League, has averaged 12.3 points in six games with Golden State. He has more 3-point hoops (16) than 2-pointers (nine).