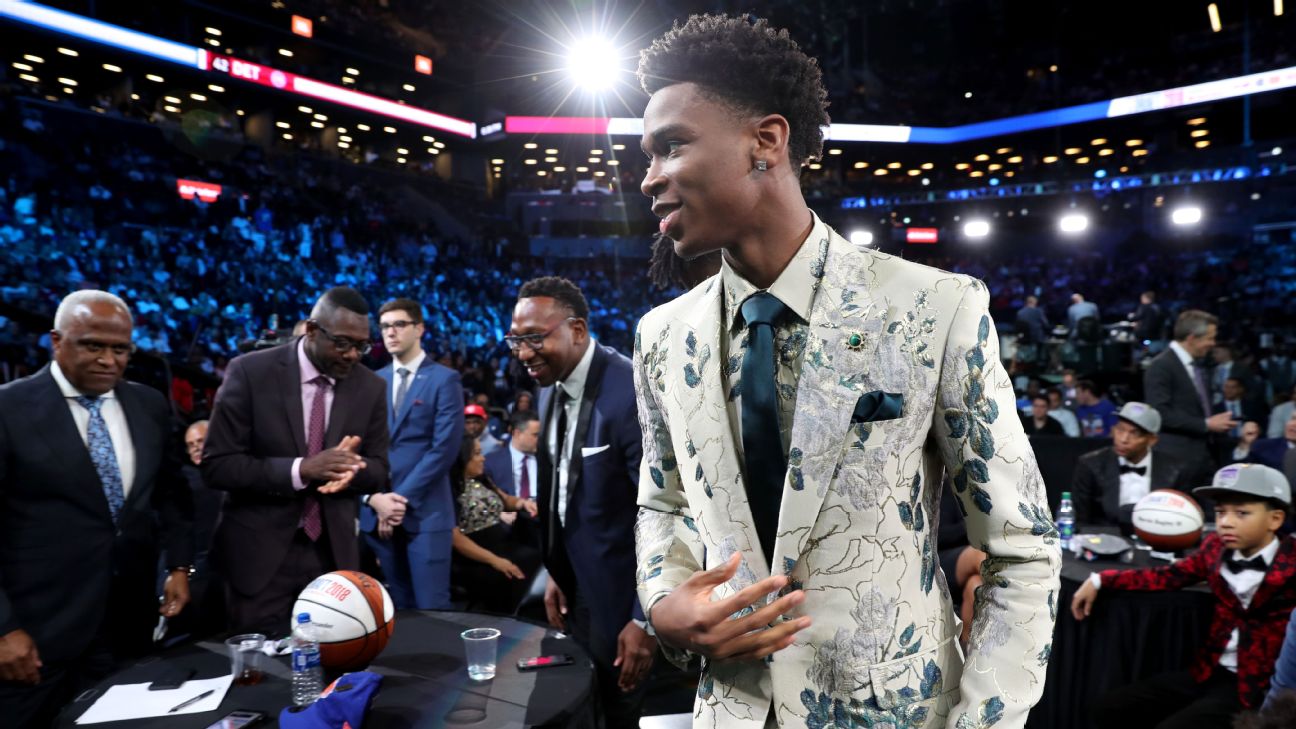 LOS ANGELES -- The Clippers have a new backcourt duo.

Kentucky point guard Shai Gilgeous-Alexander was the 11th pick of the NBA draft by Charlotte, who traded him to the Clippers on Thursday night. The Clippers had drafted forward Miles Bridges of Michigan State with the 12th overall pick and sent Bridges and two future second-round picks to the Hornets for Gilgeous-Alexander. LA also picked Boston College guard Jerome Robinson.

Gilgeous-Alexander said he feels he's a good fit for the Clippers.

"I feel like they don't have an alpha dog point guard right now and a guy that brings ultimate leadership to the group," Gilgeous-Alexander said on a conference call. "I feel that's one of my biggest attributes and what I bring to the table."

Robinson, the 13th pick, said he thinks the NBA is going for versatility, and that suits him.

"I think I can bring being a shot-maker at three levels, a playmaker, a guy that can guard and play multiple positions," Robinson said.

Jerome and Gilgeous-Alexander could be the future of the Clippers backcourt one day.

"I think [Robinson] is a fabulous talent," Gilgeous-Alexander said. "Everyone in the country knows how well he shoots it. What they don't know is his playmaking ability as well. Playing with him would be super fun, and I can't wait."

Gilgeous-Alexander said he watched a lot of Chris Paul in the pick-and-roll system, James Harden and Patrick Beverley in trying to make himself an all-around player. Now he'll be suiting up for Paul's former team.

Gilgeous-Alexander grew up in Canada and played for the Canadian Junior National Team. He played high school basketball in Tennessee and one season at Kentucky.

He said he was looking forward to going against Beverley in practice and learning from what he does defensively.

"It's a great feeling," Gilgeous-Alexander said. "Just being able to play in the NBA, first and foremost. You feel like you fit well and somewhere you want to go to, so it's an even better feeling right now."

Robinson was an unheralded recruit out of high school in Raleigh, North Carolina, and he stayed in school for three years. Last year with the Eagles, he averaged 20.7 points per game and improved his NBA stock.

He's not new to Los Angeles, either. Robinson spent last summer working out with other NBA players such asRussell Westbrook and Emmanuel Mudiay, before returning to Boston College for his final season.

"It was unbelievable. It was life-changing going against some of the best competition in the world," Robinson said. "There's nothing like it. It was an amazing feeling."

The Clippers went into the draft with the idea of getting the best players available.