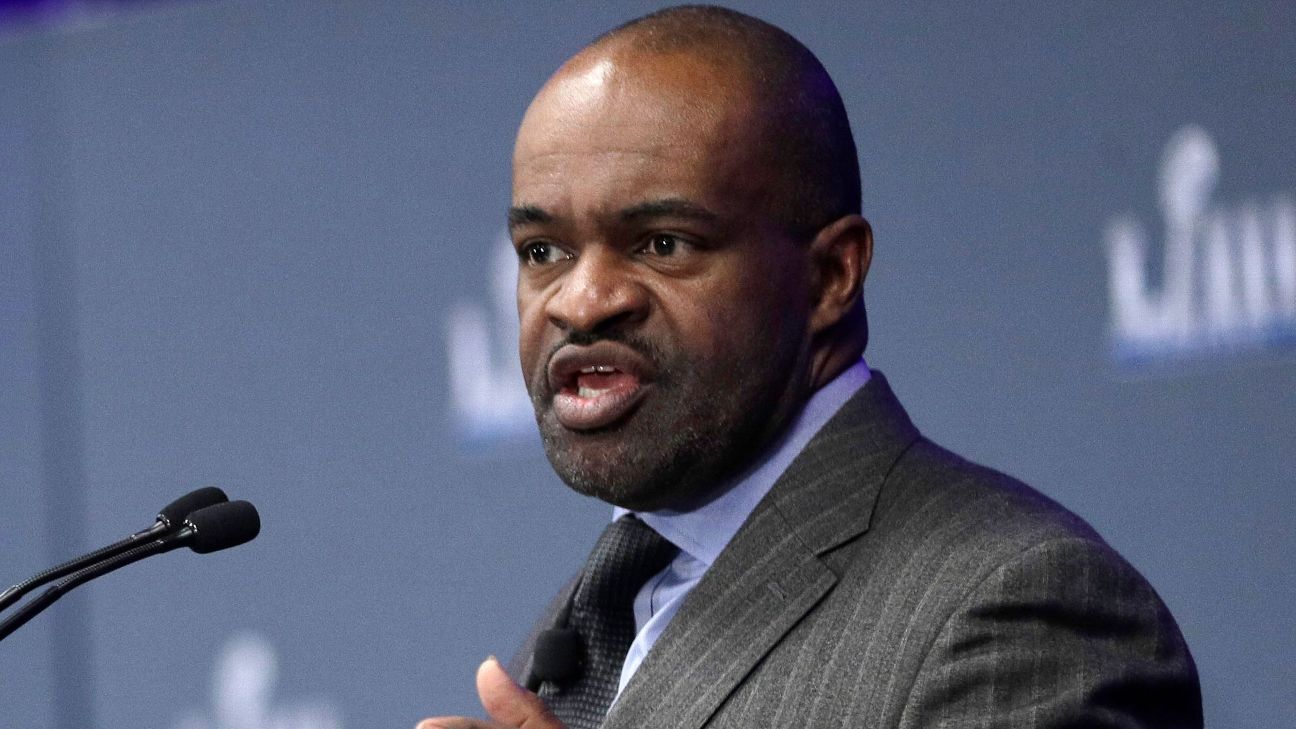 NFL Players Association executive director DeMaurice Smith says one of the primary reasons for his request that the NFL release emails from its investigation of the Washington Football Team is that he wants to determine whether race has been a factor in hiring decisions around the league and whether teams have been "actively hostile to players that have chosen to self-identify in various ways."

Smith discussed a range of topics, including the NFL investigation into workplace misconduct with the Washington Football Team and the reported emails that led to Jon Gruden's resignation from the Las Vegas Raiders, as part of an interview Wednesday with ESPN's Bomani Jones.


Smith's comments came one day after the NFLPA said it would formally ask the NFL to release the remainder of the 650,000 emails gathered by the league as part of its investigation. Multiple emails leaked from that investigation showed Gruden using racist, misogynistic and anti-gay language.

"What I'm interested in -- is there correspondence that suggests teams are making decisions about coaches based on the color of their skin?" Smith said on ESPN's "The Right Time with Bomani Jones" podcast. "Are they actively hostile to players that have chosen to self-identify in various ways? Are they denigrating of people based on sexual preference or religious identity?"

One of Gruden's emails included a racist comment about Smith, who is Black.

Before Gruden resigned Monday as the Raiders' head coach, Smith tweeted that the email and some of the reaction to it "confirms that the fight against racism, racist tropes and intolerance is not over. This is not about an email as much as it is about a pervasive belief by some that people who look like me can be treated as less."

Smith echoed those sentiments during his interview Wednesday with Jones and said Gruden reached out to him this past Saturday, one day after Wall Street Journal's report about Gruden's racist remark from a 2011 email. Smith told Jones that he responded via text message and hoped to speak with Gruden later this week, acknowledging however that their weekend exchange occurred before Gruden's resignation.


Smith also emphasized Wednesday that he hopes the NFL and players' union will "match our actions to our words" in regard to diversity and inclusion.

"It would be good for our game and for our business -- for both the league and the union -- to decide that we are going to turn a corner," he said. "And we've talked about diversity, we've talked about inclusiveness, for years. How do we turn the corner and actually match out actions to our words? And when will we start to hold people accountable for living up to a standard that we believe is the acceptable standard for just human interaction?"

Gruden's resignation came shortly after The New York Times reported that he used misogynistic and anti-gay language in numerous emails to Bruce Allen, then the president of the Washington Football Team, and others during a seven-year period that ended in 2018. That report came days after the 10-year-old emails from Gruden surfaced that included the racist comment about Smith, as well as a vulgar criticism of NFL commissioner Roger Goodell.

Gruden was employed by ESPN as the lead analyst for Monday Night Football at the time he sent the emails. 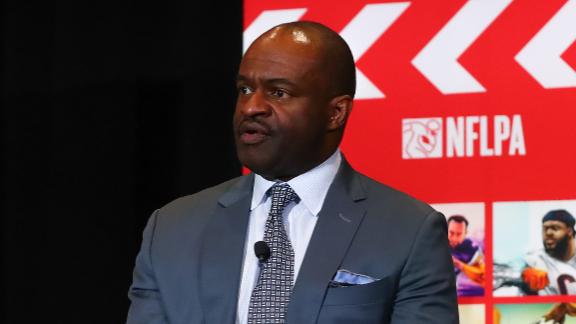