Derrick Rose: Knicks have 'much room to improve' after rout by Cavs 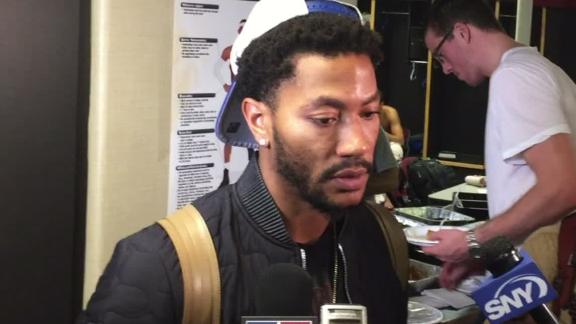 CLEVELAND -- Here's how Derrick Rose summed up his first night as a New York Knick: "Thank God this is the first game."

Rose and the Knicks fell to the defending champion Cleveland Cavaliers117-88 on Tuesday in their season opener. It was an ugly debut for the new-look Knicks, but head coach Jeff Hornacek saw some positive moments for Rose.

"He had that good explosion," Hornacek said of Rose, who scored 17 points (7-for-17 shooting) in 29 minutes. "He's just got to figure out all of the stuff that we're doing, and he'll be a big part of our team and really help us."

"Towards the end, when you saw us running it, it was just us trying to get used to it so it's not that foreign," Rose said. "We got a lot of room to make up on that side of the ball too."

Rose, who missed two weeks of the preseason while attending a civil trial in Los Angeles, is optimistic that he'll ultimately be productive in the offense.

It's worth noting, though, that Rose said he would prefer running pick-and-rolls throughout the course of a game. The pick-and-roll isn't run as often in the triangle as it is in most current NBA offenses.That might be one of the biggest adjustments for Rose in New York.

"I got to find a way. There's no way around it," Rose said of succeeding in the triangle.

Carmelo Anthony was asked if he felt the Knicks needed to allow Rose to run more pick-and-roll early in the season, as he gets acclimated to what the Knicks are running.

"We want guys to feel comfortable with kind of who they are," Anthony said. "We don't want to try to change anybody's game. If Derrick feels comfortable being up there in high pick-and-roll, that's his game. You can't take him away from that.

"You want to utilize guys' strengths. That's who he is, that's who he's always been. We want to rely on that. We don't want to take that away from him."

The Knicks also had a tough time on defense Tuesday, allowing Cleveland to shoot 49 percent from the floor. Rose said he would've liked New York to be a bit more physical with the Cavs, particularly on fast breaks.

"We got to foul. Not put them down, but for sure, we have to foul them in the open court to make sure [they don't] get the crowd into the game," he said.

Despite Tuesday's struggles, Rose is optimistic that the Knicks will be able to figure things out. Tuesday was the first game in which the Knicks' starting five (Anthony, Rose, Joakim Noah, Courtney Lee, Kristaps Porzingis) shared the floor.

"It takes us coming together and learning from our mistakes," Rose said. "We got so much room to improve. We have so much that we have to figure out, and we just can't do it after one game. It's a progression." 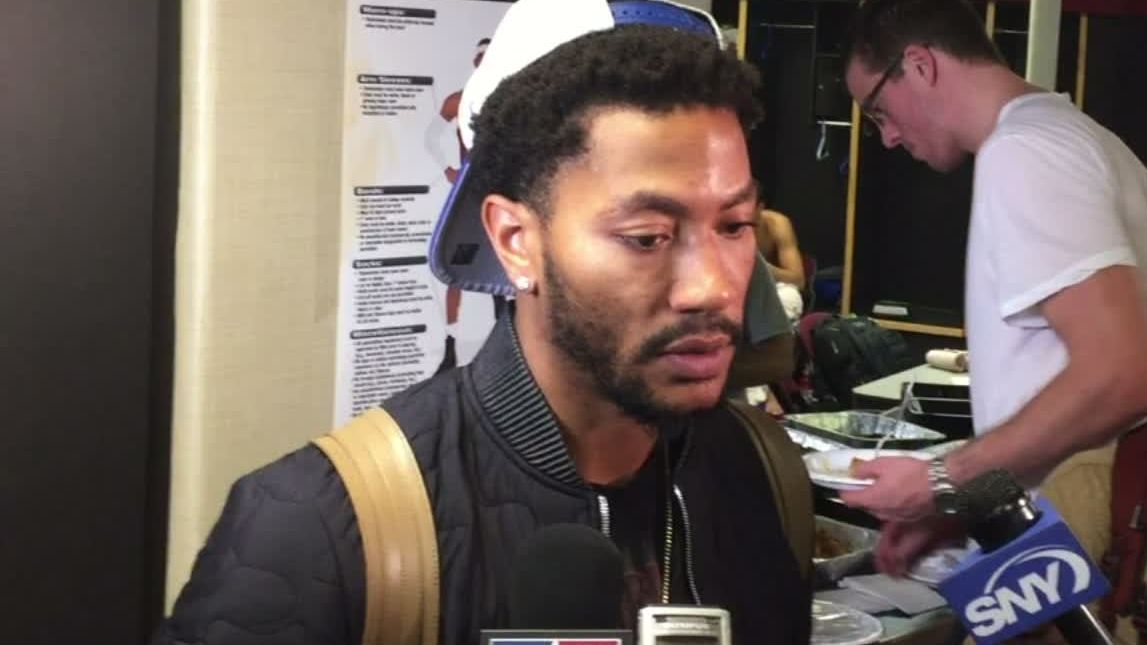