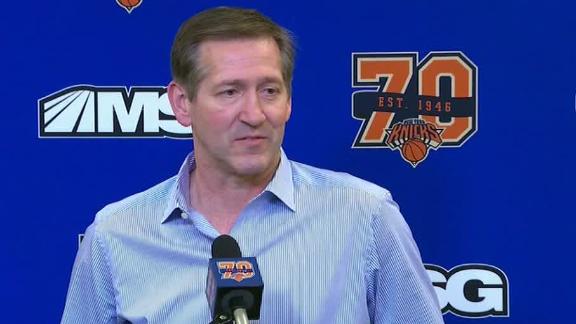 Knicks point guard Derrick Rosewent missing from the team Monday without permission but later reached team officials, telling them he had a family situation and had returned to his hometown of Chicago, sources told ESPN.

He was back at the team facility Tuesday.

Rose missed Monday night's loss to thePelicans,and the Knicks had grown concerned enough earlier to check on him at his apartment, sources said.

Publicly, the reasons remained a mystery after the game, with coach Jeff Hornacek saying "everything will become clear later on" and teammate Joakim Noah saying Rose was OK.

"I mean, I don't really want to talk too much about it because I don't really know what the situation is," said Noah, who has played with Rose since 2008 as his teammate in Chicago before coming to New York along with Rose prior to this season. "Obviously Derrick is one of our better players. And when he is not here it is tough. But I am just happy that everything is OK with him."

When asked if Rose's health is OK in light of his absence, Noah replied, "Yeah. He's OK ... I think it's a relief for all of us."

"Right now we don't have enough information to really give you anything," Hornacek said in his news conference after the 110-96 loss. "So that's just going to have to wait until we hear something from Derrick himself. Other than that, if you want to talk about the game, ask away."

Some members of the organization expected Rose to return to the team on Tuesday, per sources.

Knicks forwardKristaps Porzingis and guardCourtney Lee said they had last seen Rose at the morning shootaround on Mondayand were worried about their teammate when he wasn't at Madison Square Garden. Lee said he was "praying that everything is all right" with Rose.

"We don't know what's going on. Hopefully he and his family are good, too," Porzingis said.

The Knicks released a statement shortly before tipoff saying Rose was not with the team and provided no further information.

"Everything will become clear later on,"Hornacek said. "You know, we want to respect whatever he's going through. We're just not going to comment on it."

Brandon Jennings started in place of Rose against New Orleans and led the Knicks with 20 points.

Hornacek had not mentioned anything about Rose's absence when he spoke with the media about two hours before tipoff.

Rose, per sources, had been frustrated with the Knicks' recent struggles, and Horancek's decision to bench him in the fourth quarter of the Knicks' games in Milwaukee and Indiana didn't sit well with him, per sources. But several people familiar with the situation cautioned that it was premature to connect Rose's frustration with his absence on Monday.

Rose, 28, has averaged 17.3 points, 4.5 assists and 3.9 rebounds in 33 games for the Knicks. He missed four games earlier in the season due to back spasms but has been relatively healthy outside of the back ailments.

New York was further shorthanded when Carmelo Anthony and Kyle O'Quinn were both ejected in the third quarter.

The Knicks were trailing 82-63 when the Pelicans called for a timeout. Before walking back to the Knicks' bench, Anthony had some words with an official, was assessed two technical fouls and was subsequently tossed by lead official Danny Crawford. Anthony finished with 18 points and six rebounds.

Less than two minutes after Anthony was tossed, O'Quinn joined him in the locker room after he was assessed a flagrant foul 2 for his hard foul on Anthony Davis with 1:16 remaining in the third quarter. O'Quinn slapped down hard on Davis' right arm as he was driving to the basket, sending the Pelicans star flying into the stands.

Davis underwent X-rays and was diagnosed with a bruised hip. New Orleans coach Alvin Gentry said more will be known about Davis' injury on Tuesday.

Information from ESPN's Ramona Shelburne, Ian Begley and Ohm Youngmisuk was used in this report.

Rose at Knicks facility after missing game
Ian Begley talks about Derrick Rose returning to the Knicks after missing Monday's game against the Pelicans to deal with a family issue.

Roses' frustrations with Knicks to blame for absence?
ESPN's Knicks reporter Ian Begley mentions how frustrated Derrick Rose is with the Knicks' recent struggles but believes it may be premature to connect that with Roses' mysterious absence. 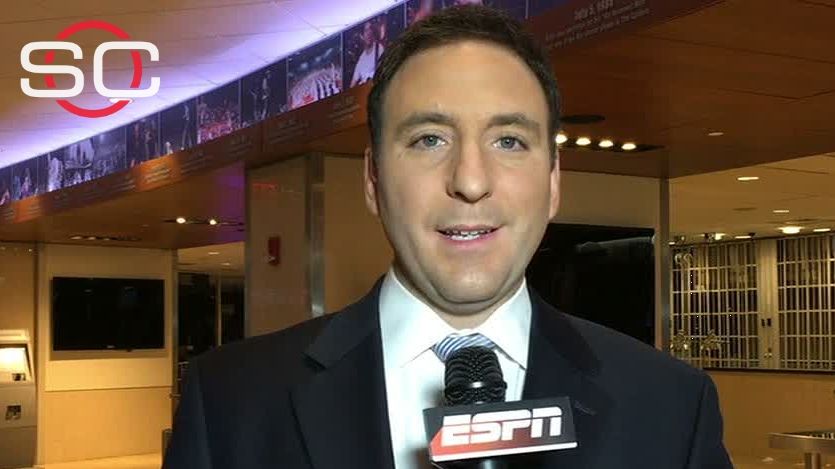 Rose safe in Chicago, reason for departure unclear
Ian Begley says Derrick Rose went back to Chicago for undisclosed reasons and that he is safe, but it's not known why he left the team prior to the Knicks' game against the Pelicans. 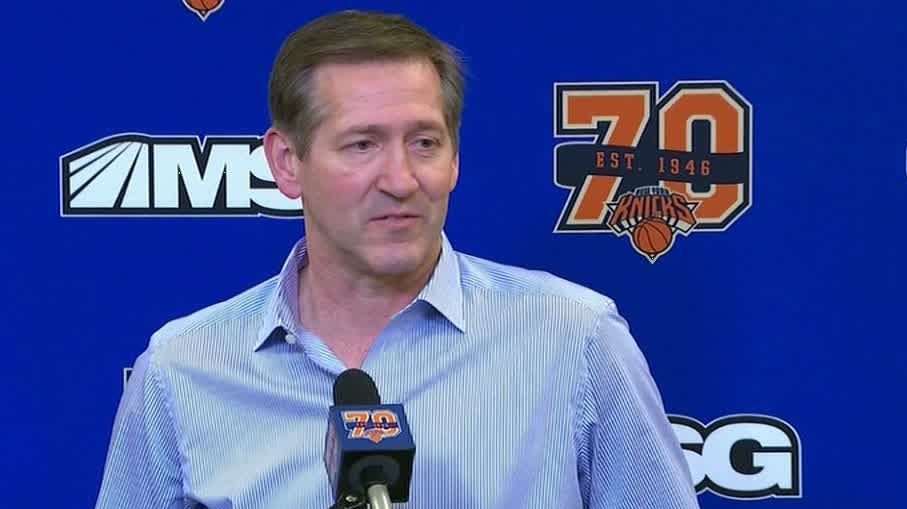