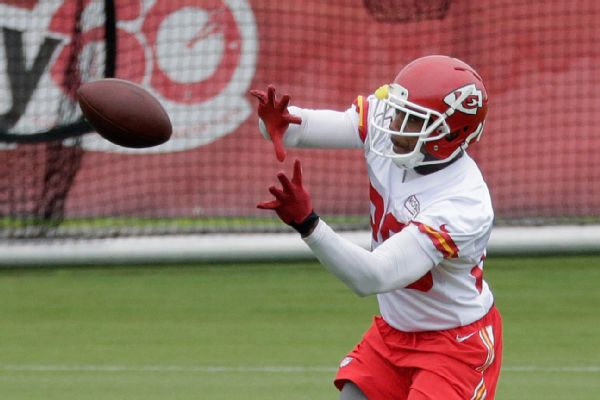 KANSAS CITY, Mo. -- Safety Eric Berry played the 2016 season for the Chiefs as their franchise player, but once apparently is enough.

Berry told NFL Network he wouldn't play for the Chiefs under the franchise tag again in 2017.

"I'm definitely not going to play under the franchise tag this year,'' Berry said. "I want to end my career in Kansas City. I want to play there. I love the city, I love the vibe. I love my teammates. I really look at them more than teammates. We've been through a lot, and they supported me a lot.

"But I don't feel comfortable playing under the franchise tag this year."

The Chiefs designated Berry as their franchise player last year after the sides couldn't agree on a long-term contract. Berry skipped the offseason practices and the early portion of training camp but eventually signed the Chiefs' mandatory one-year contract worth about $10.8 million.

Berry, 28, had perhaps his best NFL season. He returned an interception for a touchdown to spark a fourth-quarter rally to beat the Carolina Panthers in November and returned one for a touchdown and another for two points to lead the Chiefs to a win over the Atlanta Falcons in December.