How cooking helped Enes Kanter, Monica Puig and other athletes deal with the pandemic 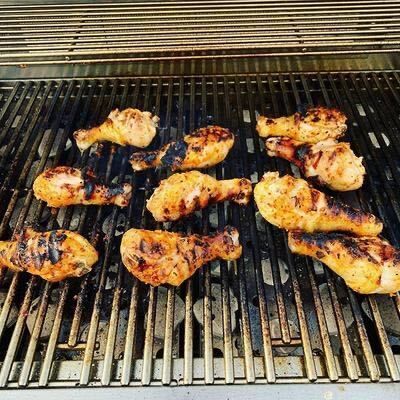 The NBA is coming back today, and the MLB season began last week. NFL training camps are rolling, and the US Open is scheduled to kick off Aug. 31. Even though the coronavirus pandemic is still coursing through the country, it seems like the sports world, in various bubbles and with new guidelines, is finding a new normal.

But for the previous four months, all that some of the best athletes in the world had to work with were DIY home gyms and online grocery shopping. Add a lot of free time, and the athletes got cooking. Some created their own cooking shows on YouTube and Instagram (hello,Serge Ibaka!), and others baked layered desserts for their families so they could live vicariously (we see you,Monica Puig!). When all else failed, athletes made extensive phone calls to their personal trainers and chefs, asking them to walk through details of recipes so they could keep the perfect amount of carbs and proteins in their diets (we respect the hustle,JuJu Smith-Schuster!).


We talked to athletes about some of the recipes they experimented with the past few months and how cooking helped them cope with the pandemic when little else was in their control.

Kanter grew up around the aromas of his mother's traditional Turkish beef and vegetable stew, so he decided to give it a try in his apartment. The recipe required ingredients that were available only in the local Turkish market. He asked his Turkish friends for a favor, and they obliged, leaving a box of Turkish spices and the famous hot Turkish pepper paste outside of his apartment so he could follow the strict NBA rules. With that, he began cooking the five-hour recipe.

"Cooking traditional dishes from your culture is just an incredibly personal way to invite people into your life, to show them what dishes made you who you are," he said.

Kanter, who has a cooking show on YouTube in which he showcases chefs and recipes from around the world, is turning into his own expert chef, perfecting chicken wings, lamb chops and tacos during the pandemic. His favorite thing to cook? Steak.

"Cooking perfect steak is art," Kanter said. "There's something about cooking them exactly right, with the right amount of spices, and then watching people cut into them and taste them. I love the entire process."

Home during the pandemic: Mesa, Arizona

A few months ago, when Canha was at a signing, a fan handed him a package. Inside was curry powder from the local specialty grocery store, Oaktown Spice Shop. The fan and the shop owners had seen Canha's food posts on Instagram.


Since then, while Canha has been at home with his wife and two daughters, he has been experimenting with curry recipes, mixing ingredients such as coriander, turmeric, cumin, mustard, ginger, black pepper and cinnamon into powders and pastes. The family just redid their backyard, so that has meant whipping out the grill and making kebabs with chicken, peppers and other vegetables using the new curry combinations.

Canha also loves cooking Italian food. It's his comfort zone, he says, and he enjoys making spaghetti and meatballs for his family, just like his Italian mother did for him.

"There's something wonderful about cooking for people, and I throw on a nice Italian music playlist, get myself a glass of wine and get to cooking," Canha said. "It's a good way to stay rooted during a time when little else is in control."

Home during the pandemic: Miami

Puig looks at playing tennis and baking the same way. Hours of hard work, following the process, making sure every step is carefully planned -- these are phrases she uses when she is on the court and in the kitchen.

During the pandemic, Puig has turned to the kitchen to feel a sense of control. If she works on a recipe for three hours, she'll have a dessert at the end. That is something she can see and accomplish. She has been baking almost every day.

In keeping with her Puerto Rican roots, Puig has also been baking flan and Tres Leches, a sponge cake soaked in three kinds of milk (condensed milk, evaporated milk and heavy cream), with her cousin, who is a professional baker.

"It's been a release for me. It's a way for me to escape," Puig said. "I am the type of person who likes to make people happy, and sometimes making sugary sweet desserts can definitely put a smile on somebody's face, then I will do it for sure."

Christian Bowman, private chef to JuJu Smith-Schuster and other athletes


Home during the pandemic: Los Angeles

Ingredient for experimenting: Salmon
Bowman, a chef who cooks for professional athletes, had to reinvent his business during the pandemic. He couldn't visit his clients and cook them fresh meals, but he found a way to make it work: He ordered fresh groceries online, made home-cooked meals as per his clients' requests and dropped off the meals outside their houses with no contact.

Steelers' wide receiver JuJu Smith-Schuster, a longtime client of Bowman's, began a new tradition when he realized that he would be stuck at home with little access to proper meals and gyms. Smith-Schuster began calling Bowman, who walked him through intricate salmon and chicken recipes on a daily basis.

"It's not ideal, but this is the new reality, and if I can still help people eat in a healthy way, I am going to try and do that," Bowman said.

Home during the pandemic: Minneapolis

After six to eight hours of online chess, three hours of prep and an hour or so of running or walking, So has been spending his free time during the pandemic perfecting fish recipes. He lives with his parents and has found cooking to be a great way to relax and bond with his family. So's cooking has Filipino touches, and his favorite recipes are fish cooked with ginger broth and eaten with rice and butterfish and spinach cooked in coconut milk. Instacart is his best friend these days, he says.