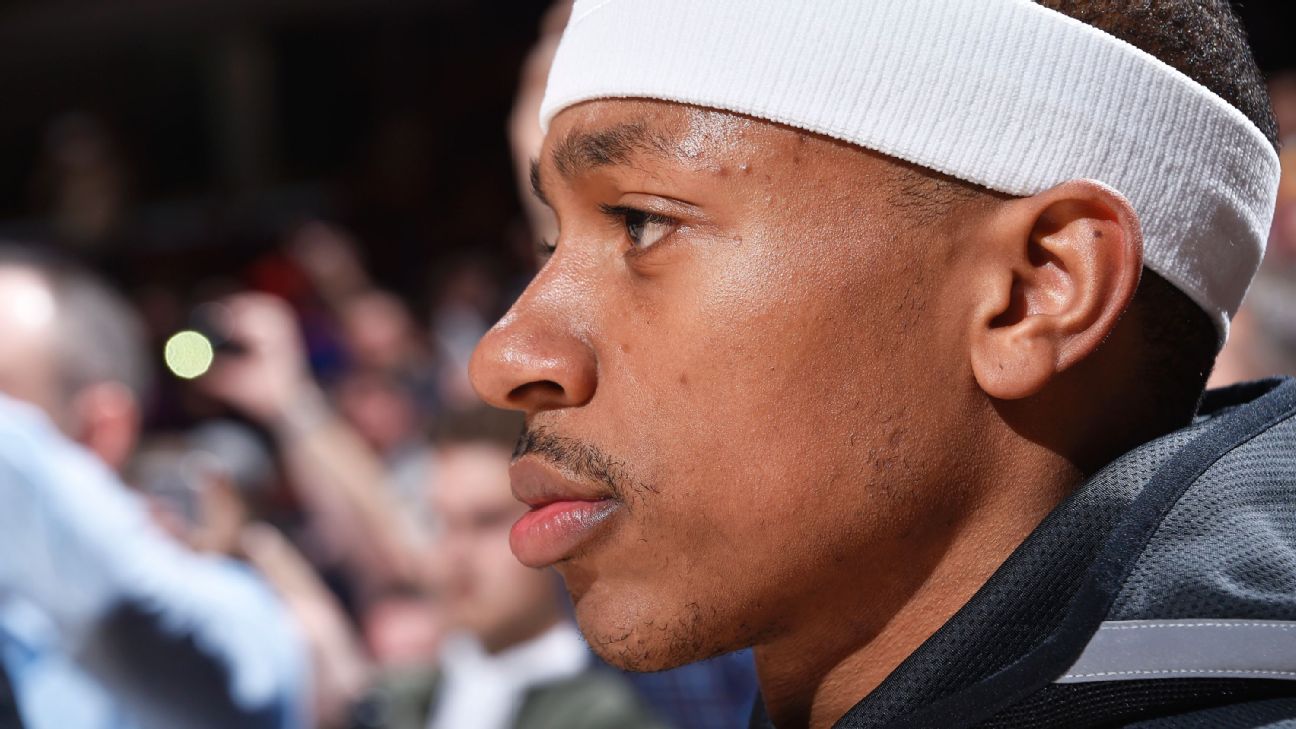 DENVER -- The debates have been so lively inside the Denver Nuggets locker room recently that coach Michael Malone wanders in to make sure everything's all right.

Just the enthusiasm of guard Isaiah Thomas bubbling to the surface. He's turning up the intensity with his booming voice in what's been a rather quiet room.

Think he's chatty now, wait until he's fully cleared after undergoing hip surgery in March. That's when he will do his real talking -- with his play.

Thomas hopes to provide another spark to a Nuggets team that hasn't reached the postseason since 2012-13. Last season, the team went down to the wire, with the Nuggets losing out on the No. 8 seed to Minnesota in the final game -- a stinging 112-106 overtime defeat.

"We just have to be more consistent and take things more serious and I think that's what I'm here for," said Thomas, who signed a $2 million, one-year deal in the offseason to prove his hip is healthy and worth a more lucrative contract. "I'm not saying I'm the guy that's going to change everything around here, but I know how to win and I know how to lead. I can help these guys take the next step."

"The sense of urgency needs to be there for as close to 82 games as possible," Malone said.

One thing they're banking on: Nikola Jokic taking his game to another level. That's why the team signed the 6-foot-10, 250-pound center over the summer to a max contract worth around $147 million for five seasons.

"Sometimes I don't think he realizes how good he is and how great of a player he is," Malone said. "There were times last year, and we would talk about other big men in the NBA and he's like, Oh, I don't think I'm as good as this guy or that guy.' I look at him, Are you crazy?'

"At the end of the season, after the disappointment of not making the playoffs went away a little bit, you look back on the season and he says, You know what: I'm a pretty good player."

By his estimation, Jokic ran thousands of sprints to take his game to another level. He averaged 18.5 points, 6.1 assists and 10.7 rebounds last season.

In addition to Jokic, the team also locked up guard Will Barton with a four-year deal that could earn him more than $50 million.

Just when Thomas will return to the court remains uncertain, but the team won't rush him. Same with rookie forward Michael Porter Jr., who had a second back procedure in July.

"I'm only going to go out on the court when I'm able to produce on a high level," Thomas said. "We're not worried about the right now, we're worried about April and the playoffs and me being as healthy as I possibly can going into that stretch."

Thomas' voice radiates throughout any room he enters. Always up for a good debate, his recent topic was how many points Golden State shooting guard Klay Thompson would average if he were on another team (Thomas' answer: More than 25 points).

"I'm making people talk," Thomas said. "We've gotten into some arguments over basketball. They're fun arguments. It's all fun and games."

Paul Millsap believes the Nuggets will have plenty of fun on the court this season, especially with his left wrist nearly healed, sharpshooter Jamal Murray adding 15 pounds of muscle to drive to the hoop with more force, Jokic being Jokic, Gary Harris taking another step in his development and Thomas stepping in when he's healthy.