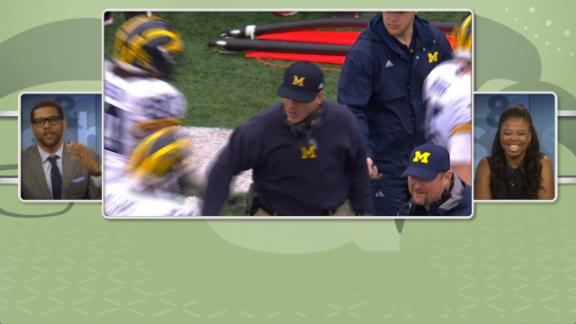 After Colorado, this week's opponent for No. 4 Michigan, released a fictional depth chart featuring Elmer Fudd at quarterback and Vito Corleone along the defensive line, among other characters, Harbaugh told a local radio show Thursday he wasn't amused even though he believes sharing depth charts is an antiquated practice.

"There's so much written about the team that's on the internet," Harbaugh said on Detroit's 97.1 FM Thursday morning. "For those of us who can or do watch the games, they're all on television now as well. We just felt like modern technology was the most accurate way of knowing what the opponent's depth chart is by looking at the previous week's film. Not relying on another PR director's assessment of what the depth chart is."

Harbaugh has routinely bucked convention since coming to Michigan. He has kept his team's pecking order at quarterback under wraps in the preseason since returning to his alma mater two years ago because he said he didn't see any competitive advantage in announcing a starter.

The mystery of who is playing where has disappeared after two weeks of games, but the coach sees the practice of sharing a depth chart as unnecessary at this point.

Colorado decided to poke a little fun at Michigan's reluctance to do so by filling its depth chart this week with pop culture references ranging from socialist politicians playing at free safety to deodorant brands starting at "Right Guard."

Harbaugh did not find this particular PR director's assessment of his team's depth chart very funny.

"In our preparation for Colorado, we've had a hard time working humor into the preparations," he said in the radio interview. "I was trying to imagine how many people sat around and how many hours they worked on that."

Colorado visits Michigan for the first time since 1997 on Saturday for a 3:30 p.m. ET kickoff between two teams that have started the season at 2-0. 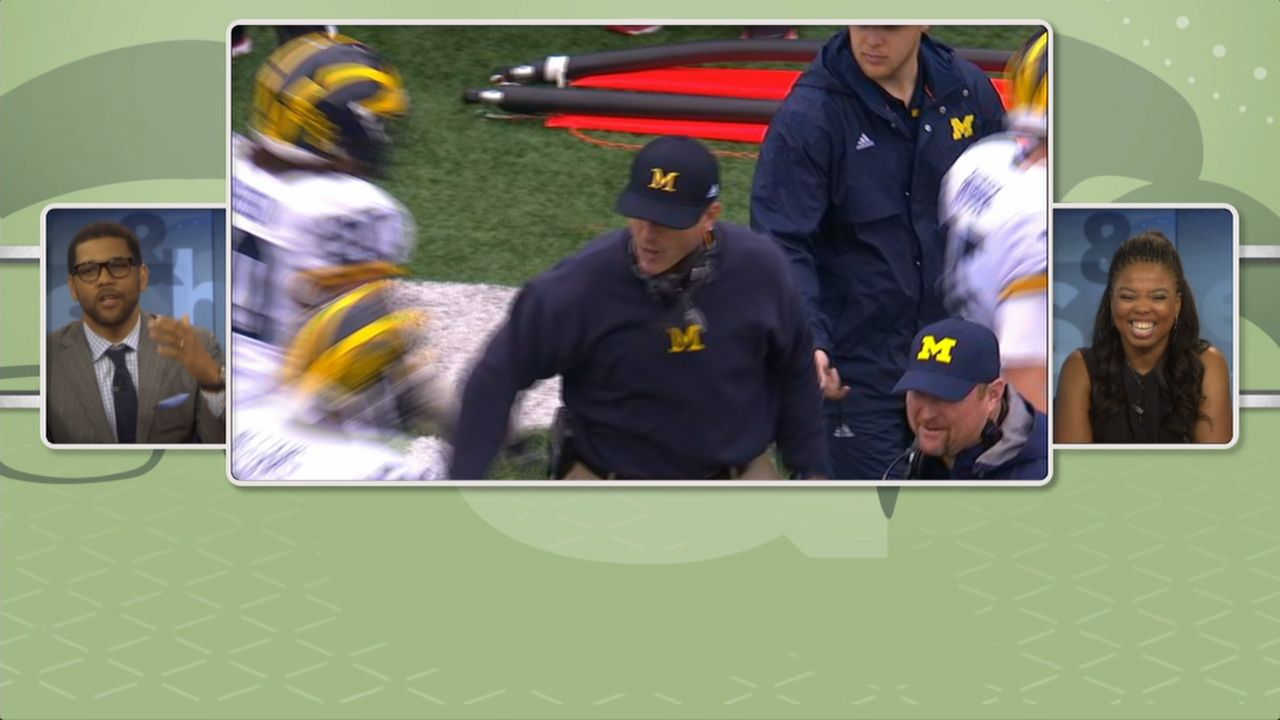