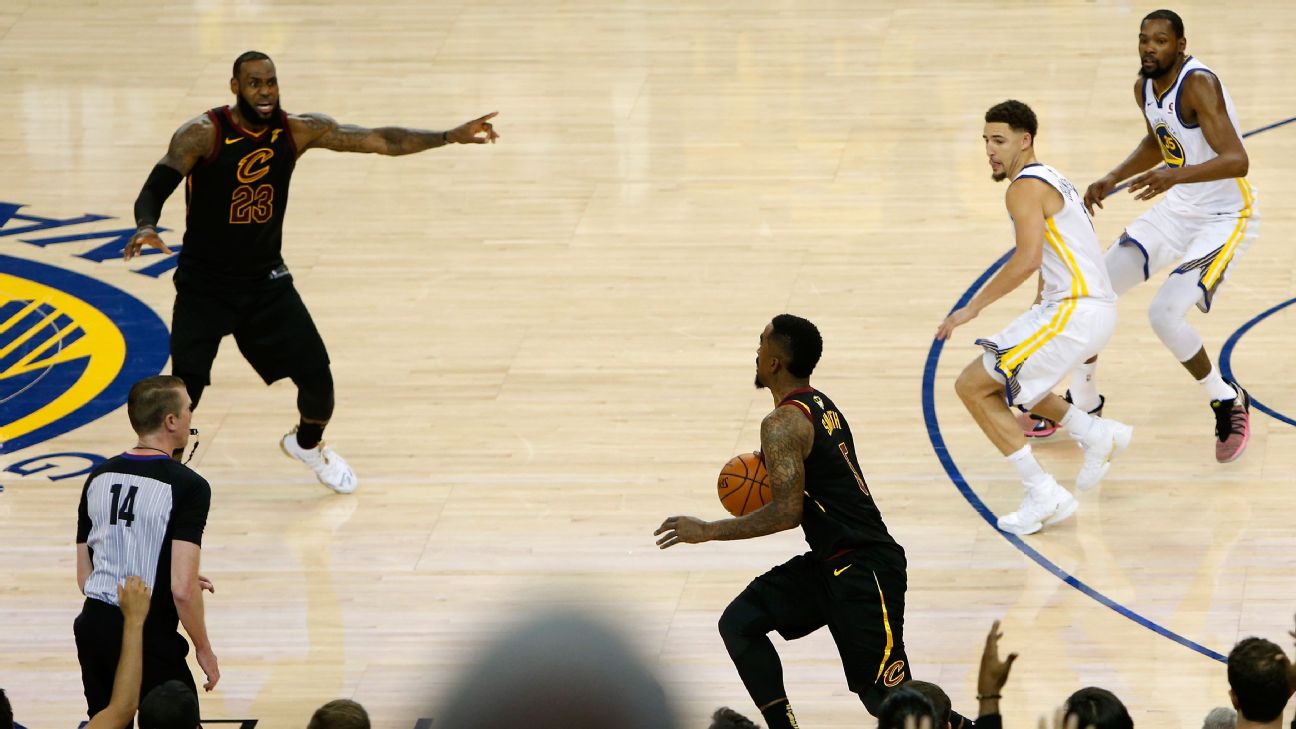 With 4.5 seconds remaining at the end of regulation in Game 1 of the NBA Finals and the Cleveland Cavaliers and Golden State Warriors tied at 107, JR Smith grabbed an offensive rebound off of George Hill's missed free throw and had a chance to win the game. Instead of going back up with the ball or kicking it out to a teammate to shoot, Smith dribbled the ball out as the shot clock expired.

Once in overtime, the Warriors dispatched of the Cavs rather easily, taking a 1-0 series lead with a 124-114 victory Thursday.After the game, Smith told ESPN's Brian Windhorst that he indeed knew the score of the game, and that he dribbled the ball out because he thought the team was calling a timeout.

JR Smith: "I was trying to get enough to bring it out to get a shot off. I knew we were tied, I thought we were going to call timeout. If I thought we were ahead, I'd have held onto the ball and let them foul me."

- Brian Windhorst (@WindhorstESPN) June 1, 2018
The baffling play immediately became the talk of Twitter, with dozens of NBA players chiming in with jokes, GIFs and emojis.

Jr is on that henny lol pic.twitter.com/0GBhgXjVyt

Bron so mad at cuz

R u kidding me

Naw. Are you serious?

LMAOOOOO "I thought we were up 2"

Yo really JR come on bro!