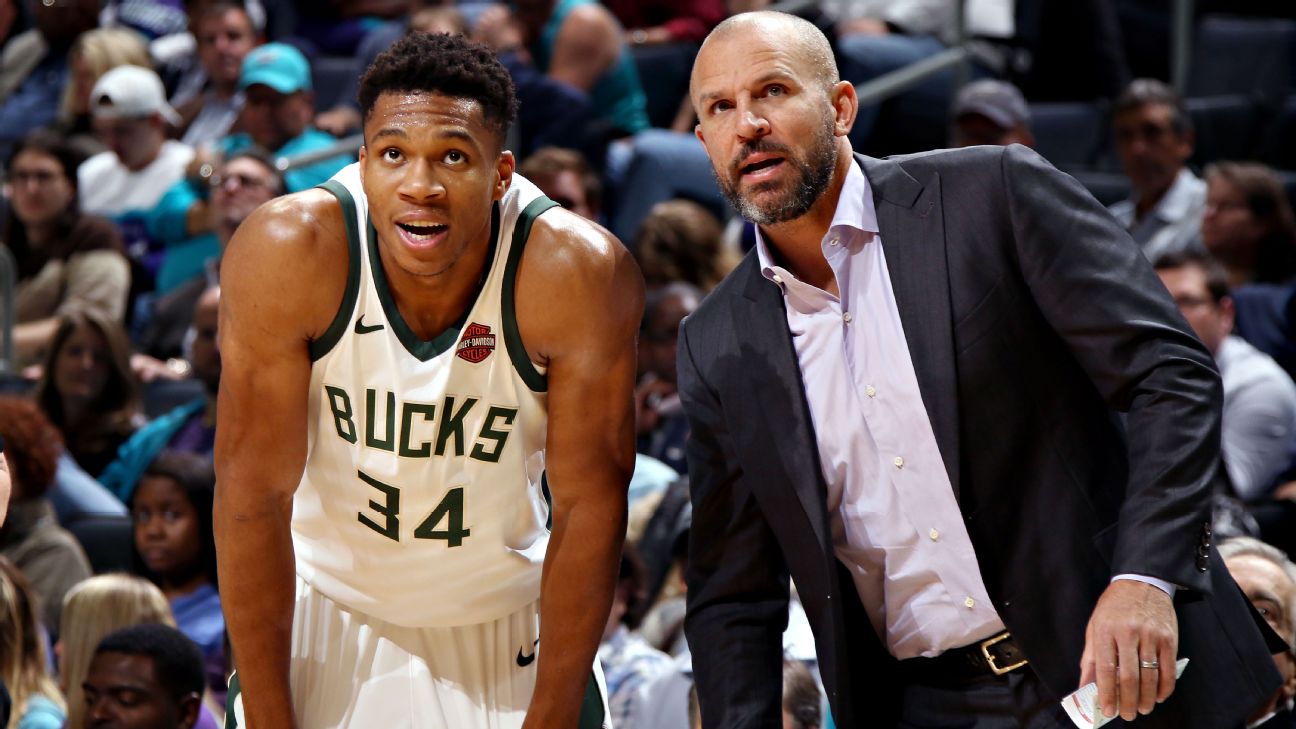 ESPN
Hall of Famer Jason Kidd, fired last season by the Milwaukee Bucks, said Monday he would like to get back to coaching "at any level." Kidd's name has come up as a potential replacement for Wyking Jones at his alma mater, California.

And league sources told ESPN's Adrian Wojnarowski on Sunday that Kidd will be among the candidates for the Los Angeles Lakers' coaching job if Luke Walton is dismissed.

"I think Cal is a great institution. We'll see what happens," Kidd said Monday on The Jump. "Right now, it's nice to be wanted. And it just tells me I'm doing the right thing. And I think the year off helps clean up some things, too, just to refocus and have that energy."

Kidd said he would be patient in the process and said he thought Walton had done an "incredible job" considering the Lakers' injuries and other distractions.

"We'll wait until the season's over to see what opportunities come about," he said, "and, hopefully, there's one that fits." Kidd described the Lakers franchise as one of the best in the world.

"Not just in the NBA, but the world," he said. "And so if you ever have the opportunity to wear the purple and gold, you can't turn that down. As a coach, as a player, because they're all about championships, and so they have a process. They have a young team. And thenLeBron [James]comes and kind of sped up things. And so he wants to win now. But I think, again, it takes time."

With the Bucks, Kidd coached Giannis Antetokounmpo, one of the leading candidates to be the league's MVP this season. Kidd said getting the opportunity to coach James, "the best player in the world," would make taking the Lakers job a no-brainer if it were offered.

"And so, that would be a great honor to coach any elite basketball player, and I've got that opportunity in Giannis. And, hopefully, somewhere down the road, I can have another star."

A 10-time NBA All-Star point guard and co-Rookie of the Year in 1995, Kidd led the league in assists for five seasons. He also was named to the NBA's All-Defensive Team nine times. He won an NBA championship with the Mavericks in 2011 and was part of two gold-medal-winning U.S. teams in the Olympics. He was inducted into the Naismith Memorial Basketball Hall of Fame in 2018. 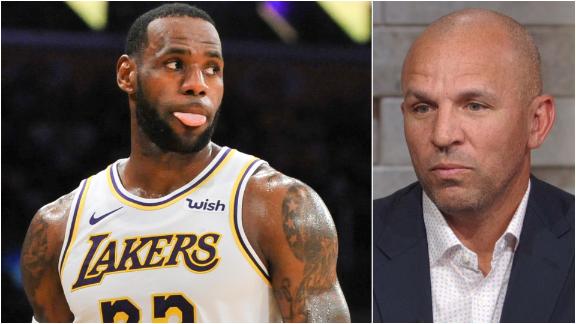 Kidd calls Lakers one of the biggest franchises in sports
Jason Kidd says being the head coach of the Lakers would be an honor because of the history and it would be amazing to coach LeBron James.
Report a correction or typo
Related topics:
sportsespncalifornia golden bearsnbamens college basketballlos angeles lakers
Copyright © 2020 ESPN Internet Ventures. All rights reserved.
More Videos
From CNN Newsource affiliates
TOP STORIES