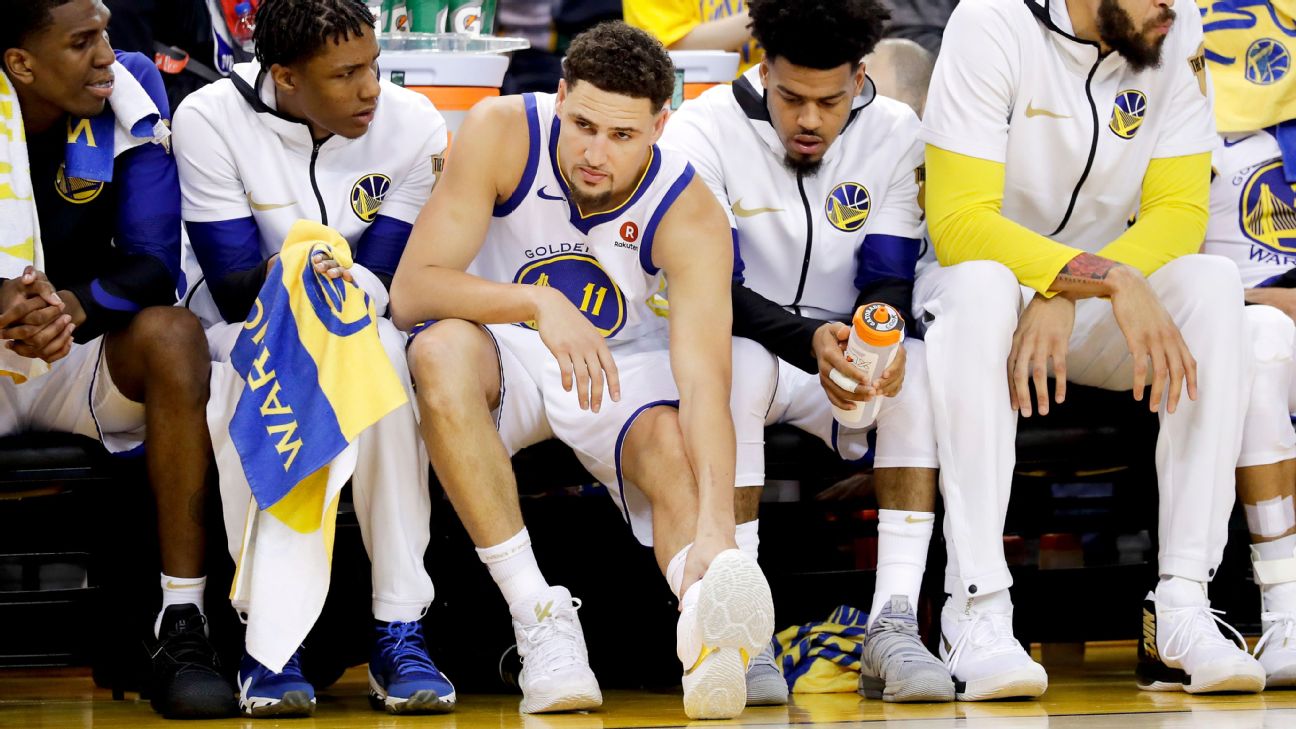 OAKLAND, Calif. -- Golden State Warriors guard Klay Thompson is optimistic his left ankle sprain will not prevent him from suiting up for Game 2 of the NBA Finals against the Cleveland Cavaliers on Sunday.

Golden State is listing Thompson as questionable. The guard is still experiencing swelling and stiffness in the ankle.

"I'm not moving as much," he said Saturday after practice. "[I] go to bed, and it swells up. I'm optimistic."

He sustained the injury in Game 1, when Cavaliers guardJR Smithinadvertently undercut his left leg while trying to pick off a pass. Thompson briefly exited the game to receive treatment in the locker room but returned soon after.

The 6-foot-7 sharpshooter said, "I am planning on playing [Sunday].

"It's sore. The more I watch the replay, it pissed me off. To tumble into someone's leg like that, not intentional, sucks. He was remorseful. I've got to do all I can to be right for tomorrow."

Thompson did very little at practice. He was seen walking around Oracle Arena gingerly, with a noticeable limp.

If Thompson is a scratch, Nick Younglikely will start.

"From what I saw, [Klay] is looking pretty good," Stephen Curry said. "Pretty happy. Pretty upbeat. He obviously didn't do much on the floor but doesn't really need to. Only worry about 5 o'clock tomorrow [PT]. So hopefully he'll get some more treatment, recovery and keep making progress. If I was betting, I'd say Klay was playing just based on who he is and his attitude today, for sure."

Andre Iguodala, who has missed the past five games with a left lateral leg contusion, is doubtful for Sunday. He did not participate in practice.

The team is going forward with the mindset that the versatile forward will not be returning on this homestand. Both players will be receiving around-the-clock treatment.

When healthy, Iguodala typically has the task of trying to slow down LeBron James, who was asked about the Warriors' injury predicament.