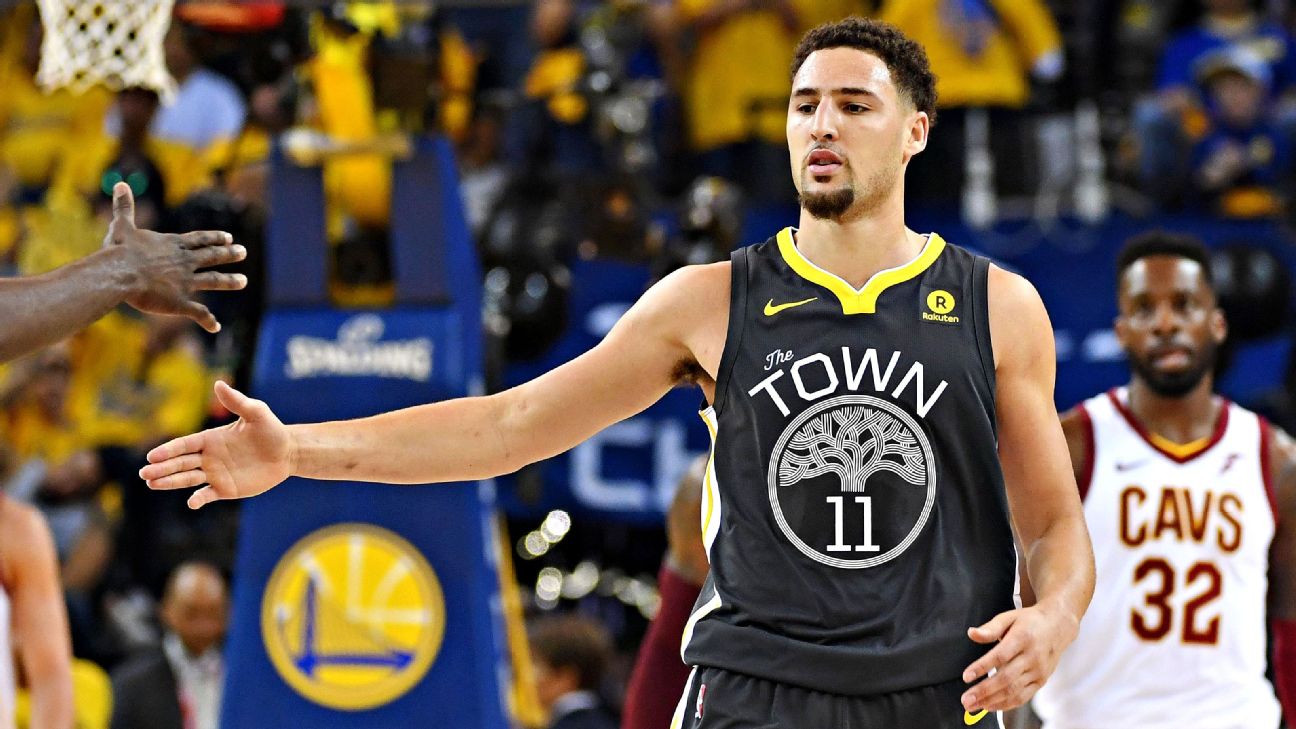 Despite nursing a hurt ankle and being a game-time decision Sunday night,Klay Thompsonstarted for theWarriorsand scored 20 points as Golden State took a 2-0 series lead over theCleveland Cavaliersin the NBA Finals.

Thompson shot 8-of-13, including 3-of-8 from 3-point range, in 34 minutes of action. He also collected two rebounds and contributed an assist and steal.

"It was hurting, but I took all the right remedies and told myself I could be sore going in to the summer," Thompson told Shelburne after the Warriors' 122-103 win. "I'll be back Wednesday and hopefully no pain. But it's gut-check time now. It's no time to feel sorry for yourself."

During his postgame news conference, Thompson told reporters, "I didn't realize how much you use your ankle until you hurt it," to which teammateStephen Currychimed in, "should have asked me."

Thompson did very little at practice Saturday and was seen walking around Oracle Arena gingerly, with a noticeable limp.

"He might be the toughest guy I've ever played with," said Warriors forward Draymond Green. "I saw him yesterday and was like, 'Oh s--- ... he's not going to be able to play.'"

Coach Steve Kerr said that Saturday he "thought there was a question" about whether Thompson would play in Game 2.

But the four-time All-Star "got much better" overnight, according to Kerr.

"He had a good training session with our staff this morning, so he was ready to roll, and he said he felt good out there," Kerr said.

Andre Iguodala remained out for the Warriors with a left lateral leg contusion, but Kerr said pregame he is "optimistic" Iguodala will play at some point during the series.

"He has gotten better gradually, but there's no way of knowing for sure at this point," Kerr said. 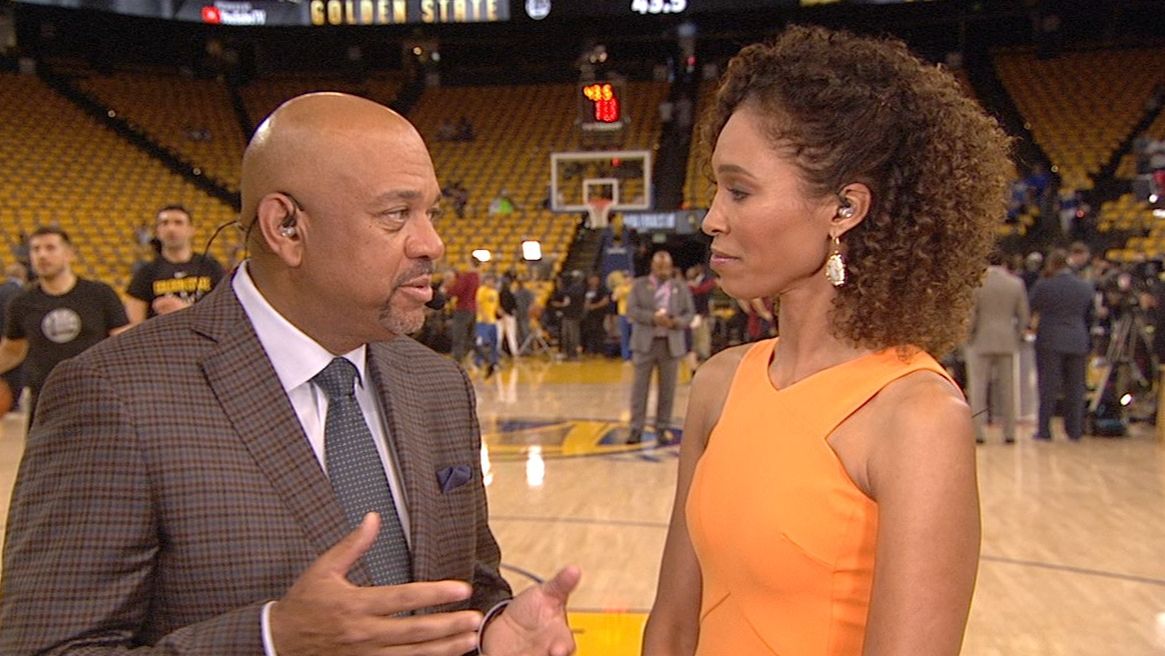