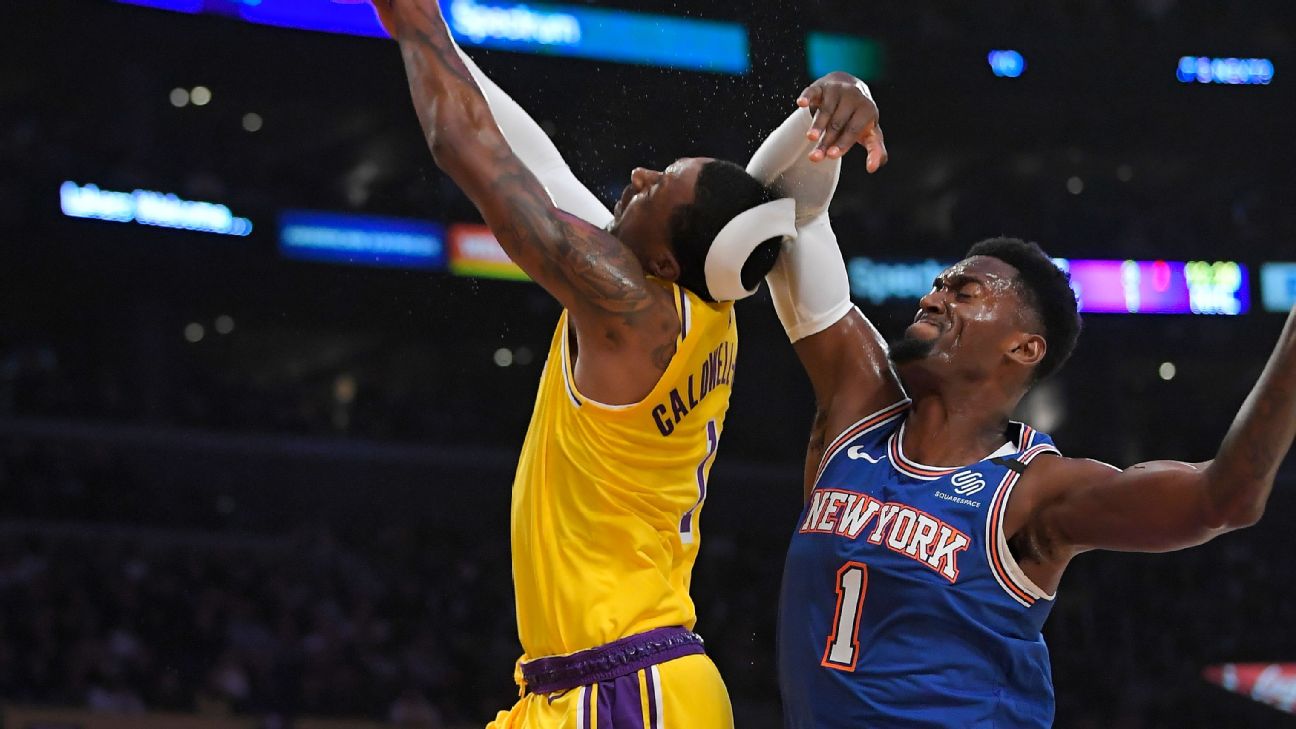 ESPN
By Dave McMenamin
LOS ANGELES -- New York Knicks big man Bobby Portis was ejected in the first half of Tuesday's game against the Los Angeles Lakers for forcefully knocking Kentavious Caldwell-Pope across the head while the Lakers guard was airborne.

The Lakers led the Knicks 39-30 with 8:02 remaining in the second quarter when Caldwell-Pope streaked in for a transition layup off a Rajon Rondo feed. Portis, trailing from behind, swung his right arm and struck the top of Caldwell-Pope's head with the inside of his biceps.

The blow sent Caldwell-Pope's headband flying, and the play ended with Caldwell-Pope on the floor wincing in pain while several of his Lakers teammates -- LeBron James and Rondo among them -- confronted Portis.

Following an official's review, Portis was assessed a flagrant foul 2 and ejected.

Caldwell-Pope, after rubbing the sides of his head while being attended to by Lakers head athletic trainer Nina Hsieh as he stayed on the floor, subbed out of the game to receive further medical attention.

The Lakers said that Caldwell-Pope underwent a concussion evaluation, which was negative. He checked back in with 2:21 remaining in the third quarter of what turned out to be a 117-87 victory for the Lakers.

"It wasn't intentional at all," Portis said. "I went for the ball. My intent was never to hurt anybody or anything like that. Just trying to make a play on the ball. Missed the ball and hit him in the head. My apologies to Caldwell-Pope. Happy to see him go out and do his thing, come back into the game and impact the game."

James, who called the collision a "scary moment," did not agree with Portis' characterization of the play.

"It was [dirty]," James said. "There was no play on the ball [by Portis]. I saw the windup happen before the actual impact. I saw the way he was chasing KCP down. And then the windup. I saw that play happening before it actually happened. So, I just voiced my words to what happened, and then the refs came in between us. But I knew it definitely wasn't a basketball play."

Caldwell-Pope said he thought Portis was trying an honest defensive attempt but admitted he had not seen the replay of the sequence.

Caldwell-Pope scored eight more points after returning; he finished the contest with 15 points on 5-for-7 shooting.

"I was feeling great before I even came back on the court," he said.

The physical play continued in the third quarter, when former Laker Reggie Bullock was called for a flagrant foul 1 for a horse collar-like takedown of L.A. center JaVale McGee.

"Obviously, we didn't like that foul [by Portis], but we knew that the Knicks, one thing we stated about the Knicks, is they were a physical team," Lakers coach Frank Vogel said. "We knew it was going to be a physical type of game. That's all we talked about for the last two days, and we handled it and prevailed." 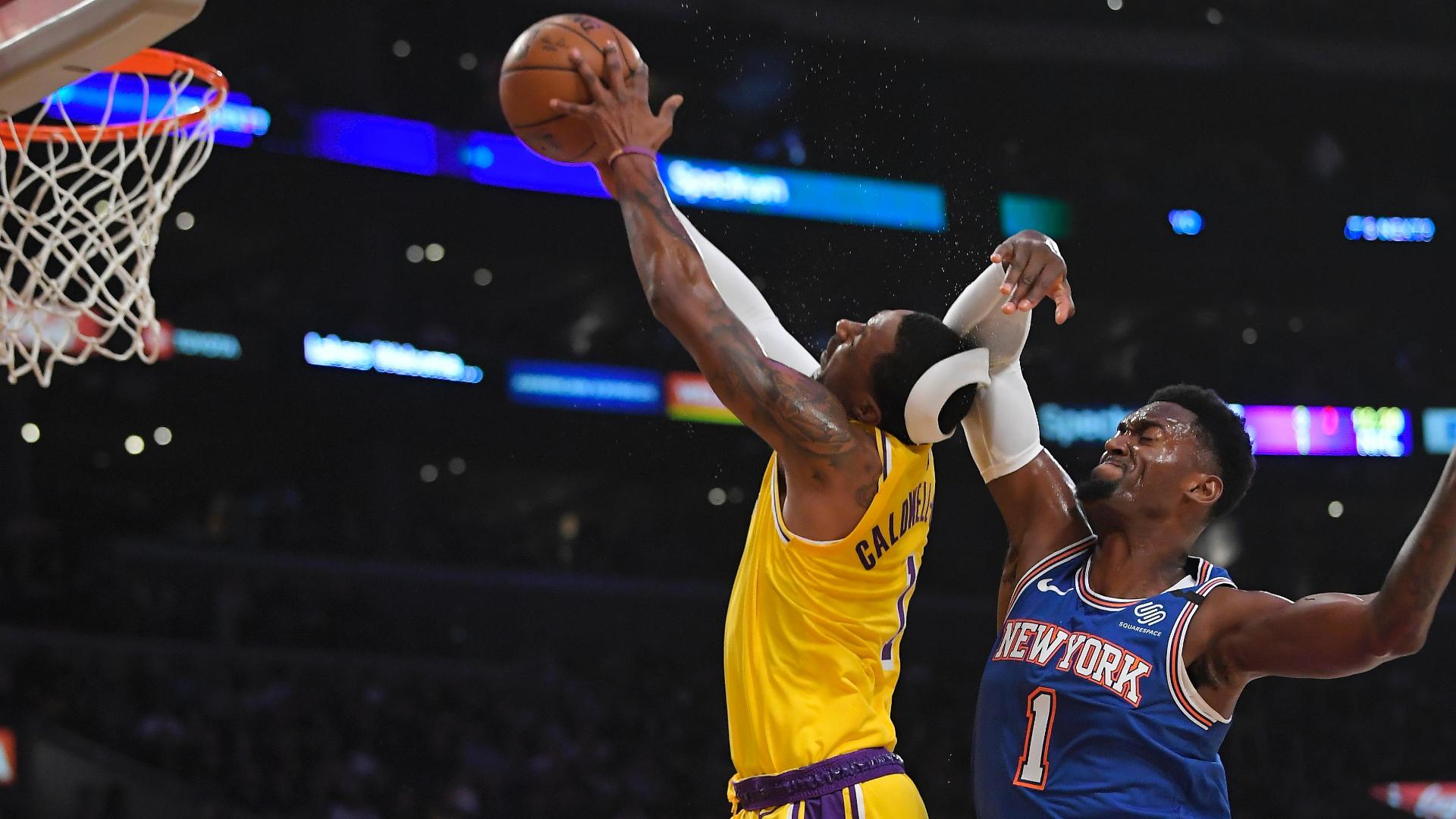