Kosar: 'Makes me want to throw up' 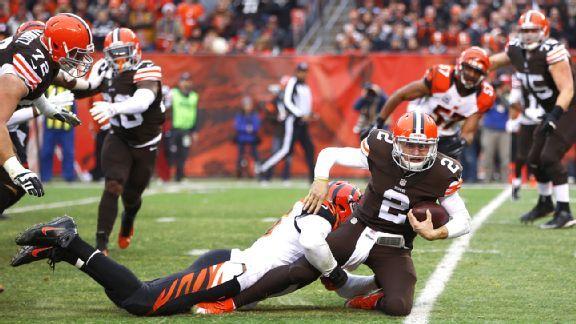 "They don't know how to lead and organize and set a culture for doing what you have to do to play winning NFL football," Kosar told WTAM 1100 in Cleveland, where he is a regular guest on the station's shows.

Kosar said too many people with the team are talking about too many things other than their jobs, which deflects attention from what needs to be done to have a team focused solely on winning.

"It makes me want to throw up," Kosar said. "That's the results you get when you do that stuff."

One example from Kosar: when quarterbacks coach Dowell Loggains received a text from Johnny Manziel during the draft in May asking the Browns to draft him because he wanted to "wreck this league" in Cleveland. Loggains told an Arkansas radio station that he forwarded the message to owner Jimmy Haslam, general manager Ray Farmer and coach Mike Pettine. Manziel was drafted soon after.

"That's funny and a good story," Kosar said. "But that's not acceptable. That can't happen. ... If you're a quarterback coach, you're going to coach the guys we're going to get you."

The Browns declined to comment on Kosar's remarks, which weren't his first of 2014 to draw headlines.

In April, after being taken off the Browns' preseason broadcasts, on which he had been the color commentator in past years, he took the decision to another level by saying he was removed because of his slurred speech impairment, which he said is "a direct result of the many concussions I received while playing in the NFL."

The decision could also have been attributed in part to the combination of Kosar making some controversial statements about the Rams in 2013 and a DUI that Kosar received in October 2013.He later pled no contest to reckless operation.

Kosar, in the week leading up to Manziel's first start, also said that too many people not dealing with the quarterback position were discussing it. Kosar said he heard too much of people "giggling" and talking about being excited to see what Manziel would do, and too little about people focusing on their jobs.

He added that Manziel was in a tough spot with his first start and that created quarterback controversies "takes heat off [the front office] and gives people a glimmer of hope in the future."

He pointed out it has happened for 15 years, naming Browns quarterbacks since 1999 who went through the same grinder as Brian Hoyer and Manziel this year -- including Tim Couch, Brady Quinn and others.

"The issue is systemically, from a culture in Berea, they've got to get it together," he said. "I don't know anyone who can be consistently successful in winning within this culture and within this organization right now. You just can't play football like this.

"The names change, and the way we do this as a culture above them is the same."

He said he was not blaming players or Pettine, who was hired into this system. Instead he pointed to a system that created an environment that allows these things to happen.

"You can't put these kids in these spots," Kosar said. "It's almost abuse."

If the situation doesn't change, the on-field results will not change, he said.

"If you keep running it the way you're running it, you may as well do nothing," Kosar said. "Because you're going to kill two more kids coming in here. It will fail."

Kosar added that he has been answering quarterback questions for 15 years and will continue to answer them as long as the Browns' culture stays constant. 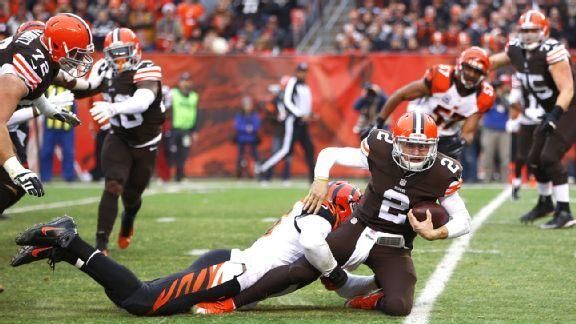