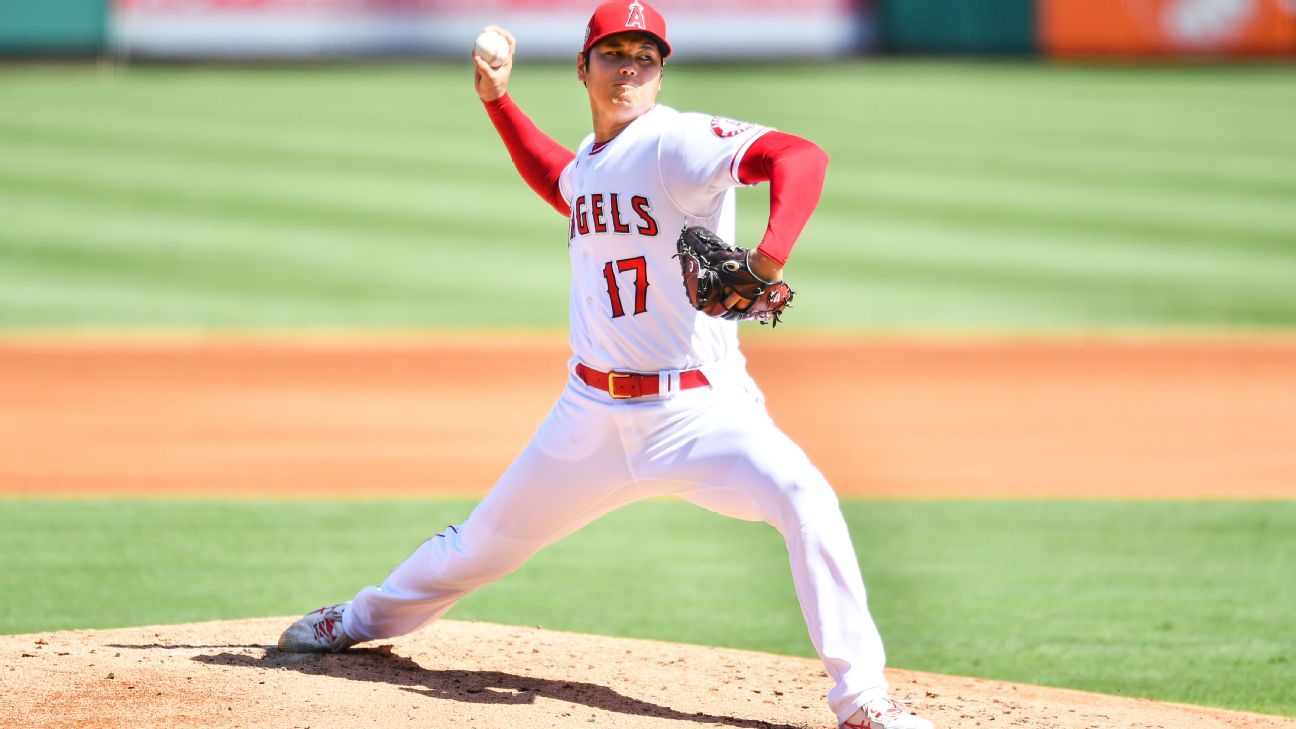 Just days after Los Angelesmanager Joe Maddon indicatedShohei Ohtani might not pitch again this season because of a sore right arm, theAngels' two-way sensation was back on the mound Sunday, matching his season high in strikeouts with 10 while pitching eight innings in a 3-2 loss to the Oakland Athletics.

Ohtani had been penciled in to pitch Friday against Oakland in the opener of Los Angeles' final homestand, but that start was pushed back while the team debated whether to shut him down on the mound. His sore arm apparently felt much better in a bullpen session Friday, during which he threw about 30 pitches, and the Angels decided to hand Ohtani the ball Sunday as they finish out another non-playoff season.


Ohtani allowed two runs and five hits with three walks Sunday, as the A's rebounded from a bullpen meltdown to beat the Angels in 10 innings and remain within two games of Toronto for the second AL wild-card spot.

Yan Gomes' second-inning home run and Matt Chapman's drive in the fourth built a 2-0 lead against Ohtani, who has allowed 14 home runs this season.

Oakland loaded the bases with one out in the eighth on two walks and hit batter. As the crowd backed Ohtani with chants of "M-V-P!"Jed Lowrie popped out and Chapman struck out.

With two more pitching starts possible over the remainder of the season, Ohtani is 9-2 with a 3.28 ERA and 146 strikeouts in 123 innings along with 44 walks.


"He has a great feel for what he's doing out there and makes adjustments constantly,'' Angels manager Joe Maddon said. "But the biggest difference from when I saw him first last year to now is overall command of his pitches -- all of them, but primarily the fastball.''

Ohtani was 0-for-2 with two walks -- one intentional -- at the plate while batting second. He is hitting .257 with 44 homers and 94 RBIs, third in home runs behind Toronto's Vladimir Guerrero Jr.(46) andKansas City'sSalvador Perez (45).

Asked about his motivation as the season draws to a close, Ohtani did not mention the MVP race.

"I need to keep on throwing, and every time I throw I learn something and I'm getting better,'' Ohtani said through an interpreter. "I want to be pitching next year and beyond so this whole experience from this year is going to help me down the road.

"It's been hard to keep the motivation up being out of the playoff race like this,'' he said.

"When you go up against Ohtani, you know you have to be really good, and he was,'' A's manager Bob Melvin said of Montas. "He matched him all the way until both were out of the game and outpitched him really.''