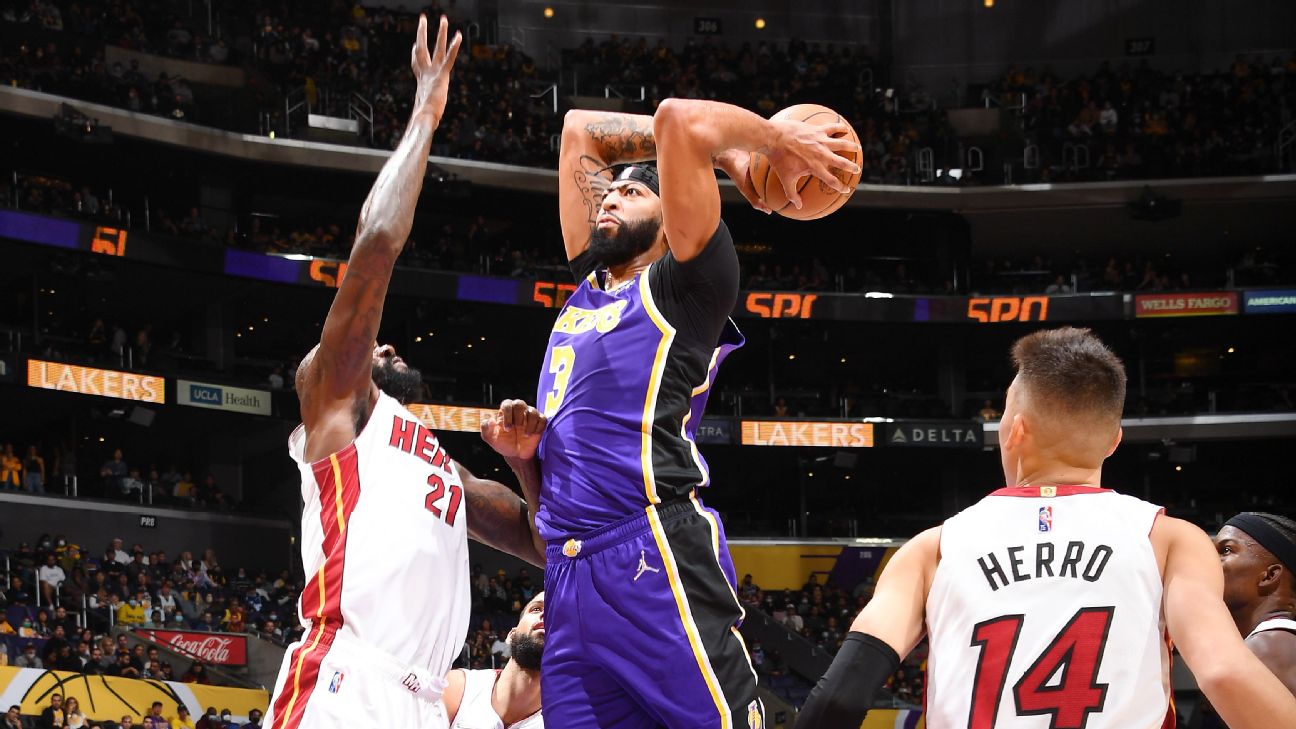 LOS ANGELES -- Following a second straight overtime win, this one coming 120-117 against a strong Miami Heat team on Wednesday, Anthony Davis said a loss to the Portland Trail Blazers last weekend might have been a turning point in the Los Angeles Lakers' young season.

"After that Portland loss, we took that personally," Davis said of Saturday's 115-90 defeat, a game in which L.A. trailed by as many as 34 points. "We're not that type of team. No energy. No effort. A little bit of selfishness. And we just tried to change that."


Playing without LeBron James for the fourth straight game because of an abdomen strain and losing two more rotation players in Rajon Rondo and Austin Reaves for the Miami game because of hamstring strains -- on top of the injured Talen Horton-Tucker, Kendrick Nunn and Trevor Ariza, who all have yet to play a game this season -- the Lakers had just nine active players for the Miami matchup.

While the Heat lost Jimmy Butler in the first half to a sprained right ankle, they still were able to build a nine-point lead with less than five minutes remaining in regulation before the Lakers stormed back. L.A. closed out the fourth quarter with a 15-6 run in the final 4:36, getting crunch-time contributions not only from its stars in Russell Westbrook and Carmelo Anthony, but from role players in Avery Bradley and Malik Monk, too.

"Tried to find ways to get wins while everybody is back getting healthy," said Davis, who had 24 points and 13 rebounds in 45 minutes. "So, these last two games have definitely been fun, for sure. Guys are having fun. Guys are realizing and starting to realize how good of a team we are."

It just took looking as bad as they've been all season against Portland -- when they were outscored 78-40 in the first and third quarters combined -- to get there.

"We B.S.'d the game in Portland, and we all know it," said Westbrook, whose 25 points, 14 assists and 12 rebounds gave him his third triple-double of the season, tying him with Lonzo Ball and Kareem Abdul-Jabbar for eighth most in franchise history. "And since then we know what it takes to win. If we win the game, lose the game, we know that if our effort was there, we can live with the results. And we understand as a team that we know that we like our chances when we're playing high, the energy and the effort is high, we give ourselves a chance to win."


There's still plenty more to iron out, of course. Westbrook had eight turnovers against Miami, for instance, even after addressing the issue with teammates in practice. "We had that conversation about what he wants to see from us so we can help him cut down the turnovers," Davis said, before looking down at the box score and noticing Westbrook's total.

"Just when I say that, he had eight," Davis said, unable to hide an exasperated smile.

Westbrook also missed a 3 at the end of regulation that would have won it, dropping him to 6-for-38 in his career on potential go-ahead 3s in the final 10 seconds of a game, according to data compiled by ESPN Stats & Information. But he also made consecutive jump shots with 52 seconds left and 27.4 seconds left to keep L.A. in it late.

"One thing about Russ, he has no conscience," Davis said. "He can miss 20 in a row, he's gonna shoot the next one. Two big-time shots. He's fearless, relentless."

As relentless as Westbrook was, so too have the challenges been incessant for this Lakers team. And there will be another problem to solve in adjusting to when James and the rest of the injured players return.


"I think the toughest part for us is when everybody gets back healthy," Davis said.

That will be another obstacle for another day.

For now, Lakers coach Frank Vogel can feel good about what his team showed after that bad game against the Blazers and try to build from here.

"We're still together," Vogel said. "That was a tough night. We didn't play well and we got our butts kicked. But our group believes in one another. We got a good process of having a growth mindset and working on where we went wrong, staying together, understanding the big picture and pushing forward.

"I thought our attitude after that game was wonderful in terms of a lot of guys wanting to do better. ... This group is going to be all right. It's a little bumpy early, but we believe we're going to do special things this year. So it was a great response in the last two games." 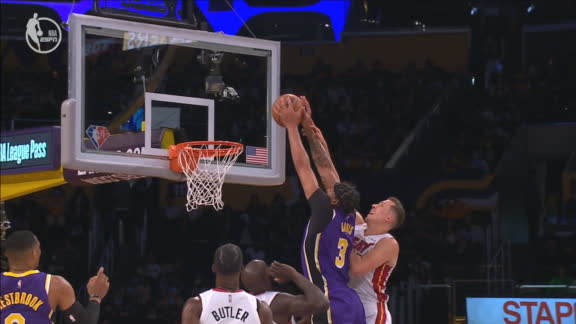