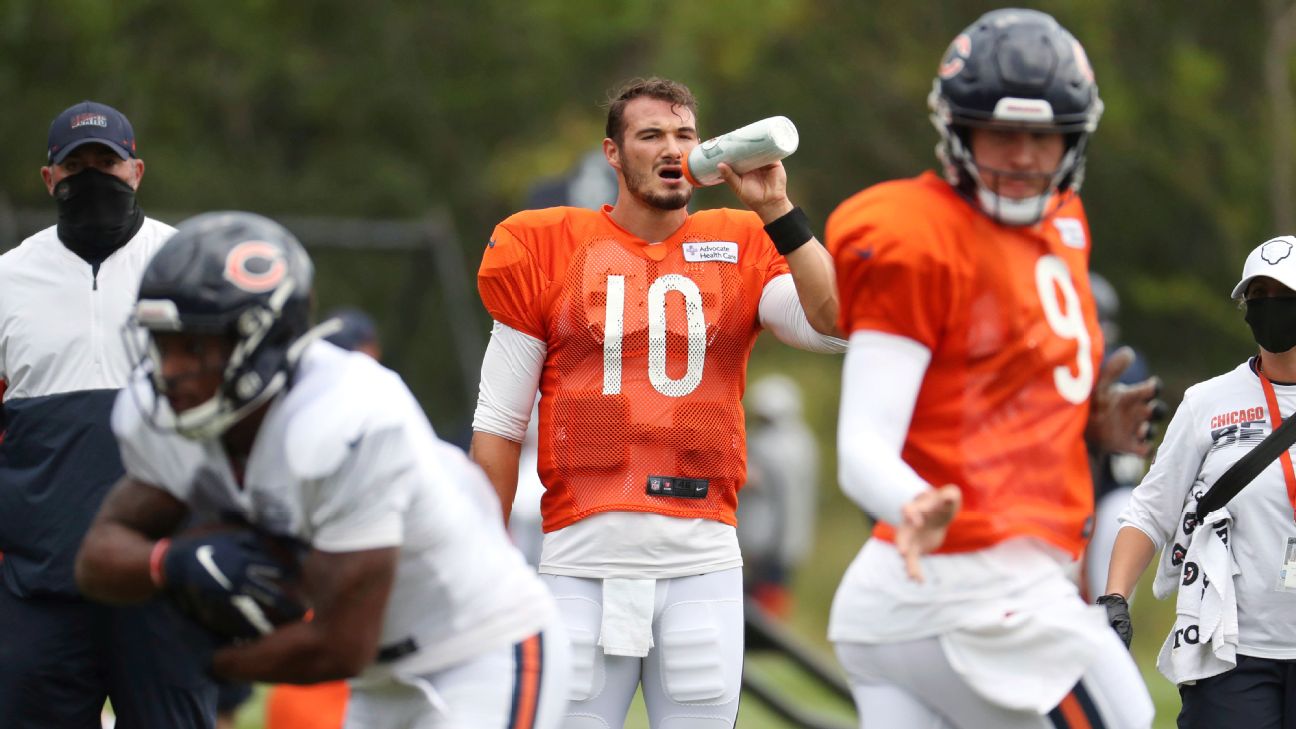 A little more than two weeks before the 2020 NFL regular season kicks off, a few teams are still trying to settle on a starting quarterback.

The Chicago Bears traded for Nick Foles this offseason to provide competition for incumbent Mitchell Trubisky. The New England Patriots signed Cam Newton this summer, who is trying to fend off Jarrett Stidham and Brian Hoyer for the honor of replacing Tom Brady in the lineup.


And the Miami Dolphins (Tua Tagovailoa) and Los Angeles Chargers (Justin Herbert) used top-10 picks in the 2020 NFL draft to select signal-callers they hope are their future at the position ... but are they the present?

While we wait for starters to emerge, NFL Nation reporters Jeff Dickerson (Bears), Mike Reiss (Patriots), Cameron Wolfe (Dolphins) and Alden Gonzalez (Chargers) break down where these battles stand at the moment.

Who has the advantage and why: An argument can be made that both Trubisky and Foles each have independent advantages.

Trubisky, 25, is younger and Chicago has invested heavily in him, selecting him with the No. 2 overall pick in 2017. He is the incumbent starter, and therefore has worked with most of Chicago's skill position players in the past.

Foles, 31, the Super Bowl LII MVP, forged close bonds over the years with all the key decision-makers on the Bears' offensive coaching staff, particularly coach Matt Nagy. The 2018 NFL Coach of the Year is expected have the final say on the quarterback competition. It is not a secret that Nagy lost a degree of confidence in Trubisky last season. Furthermore, Nagy is a big reason Chicago traded for Foles in March. Nagy seems to trust Foles. Can the same be said about Trubisky?

On the field, both quarterbacks look about even after more than a week of padded practices. Trubisky moves better and appears to have a smoother release, but the number of completions versus incompletions between the two is very similar. Nagy has the quarterbacks spitting reps every day and rotating with the first-team. The Bears want to delay a public announcement as long as possible, but internally, Nagy probably will know the winner later this week. Right now, it feels like a toss-up. -- Dickerson

Who has the advantage and why: Taylor has the advantage here and is essentially the starter at this point. The Chargers believe they can contend this season, even after the departures of longtime quarterbackPhilip Rivers and running back Melvin Gordon, and would probably feel more comfortable turning their offense over to a 31-year-old who started 43 games from 2015 to 2017 rather than a 22-year-old rookie.

They see Herbert, the No. 6 overall pick out of Oregon, as more of a development project, similar to the way the neighboring Los Angeles Rams viewed Jared Goff when they made him the No. 1 overall pick four years earlier.

Goff eventually started games as a rookie in 2016 because the Rams bottomed out; the Chargers don't expect to suffer a similar fate. At this point, they're excited about the versatility Taylor adds as a good deep-ball thrower who can also make plays off-script -- two aspects that Rivers didn't necessarily excel at in recent years.

They have also spoken positively about Herbert's growth. "We talked about it when we drafted him -- his athletic ability is rare for his size," Chargers offensive coordinator Shane Steichen said. "But to see it in person and the types of throws he's been making in practice has been very impressive. He's a sharp kid, good learner, he does a heck of a job with staying in the pocket when the pressure is coming. He hasn't flinched yet, so that's a big sign of success down the road." -- Gonzalez

Who has the advantage and why: Despite the immense excitement about Tagovailoa, the expectation is Fitzpatrick will be the Week 1 starter. Dolphins coach Brian Flores maintains the quarterback competition remains open -- and there has been no official announcement -- but it would be a significant surprise if Tagovailoa or Rosen makes a late rally to beat out Fitzpatrick, barring injury.

Fitzpatrick has the advantage for three reasons -- his comfort with new offensive coordinator Chan Gailey's scheme (he played under him for five seasons in Buffalo and with theNew York Jets), his overall experience and success in practices compared to the younger signal-callers, and Tagovailoa being in the early stages of on-field work coming off a significant injury.


This is a quarterback competition that should continue throughout the 2020 season providing more opportunities for Tagovailoa to take over, but for now the most competitive battle in this room is Tagovailoa vs. Rosen for the QB2 role.

Tagovailoa's improvement from Week 1 to Week 2 of camp has him seeing more reps while Rosen has been getting fewer. While Tagovailoa might not catch Fitzpatrick in time to start Week 1, he's clearly showing enough readiness to have coaches consider making him the No. 2 quarterback active behind Fitzpatrick on game days. -- Wolfe

Who has the advantage and why: Newton. Ever since Stidham went to a Boston hospital for tests on his leg Aug. 20 -- tests which came back negative -- things have shifted decisively in Newton's direction. The Patriots had been splitting the reps three ways up to that point, but it's basically been the "Cam Newton Show" since (with a little Hoyer sprinkled in). And Newton has seized the opportunity.
Perhaps most telling is there are times at practice when Newton retreats to the side field with receivers and works with them in a one-on-one setting, which is usually what the starters do. Coach Bill Belichick has maintained that it's an open competition; he still isn't naming a starter. He has also praised Newton as a first-in-the-building/last-to-leave type of guy. -- Reiss 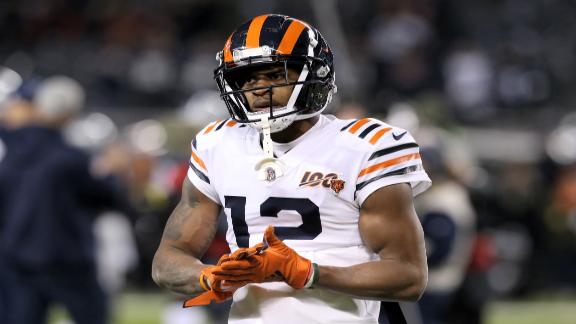 How does the Bears QB situation affect Robinson?
With a QB competition looming in Chicago, Matthew Berry talks about how this can have an impact on Allen Robinson II's fantasy production. 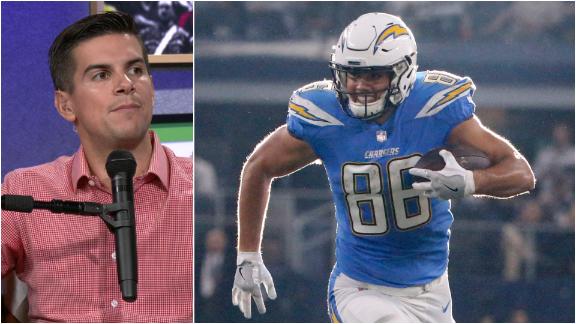 How will Hunter Henry fare in fantasy with Taylor at QB?
Field Yates explains why he is a believer in Hunter Henry this season with Tyrod Taylor as his quarterback. 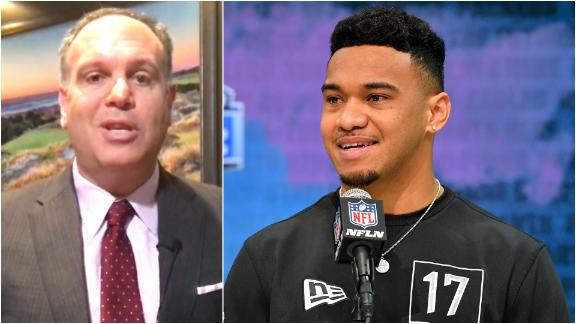 Should Tua start in Week 1?
Mike Tannenbaum and Rob Ninkovich are in agreement that new Dolphins quarterback Tua Tagovailoa should sit his first year and learn behind a veteran. 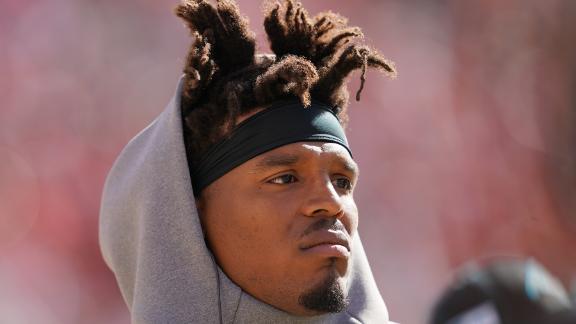