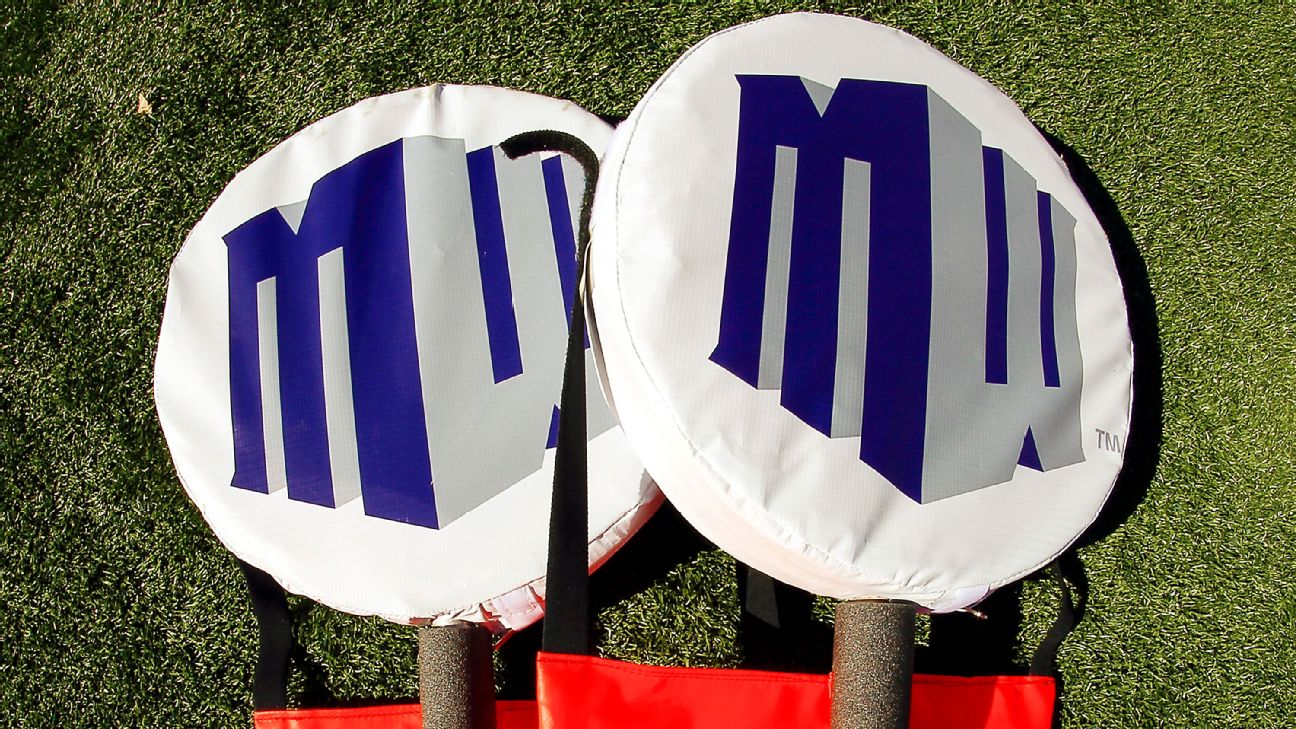 If a team in the Mountain West Conference is unable to play in a game because of COVID-19 issues, it will have to forfeit and the game will not be rescheduled, the league announced Friday.

If both opponents in a game can't play because of COVID-19, the game will be declared a no-contest. Any forfeited games will be considered a loss for the team that can't compete and a win for the scheduled opponent. Those results will count toward the conference standings and determining the participants in the conference championship game.


The Mountain West also announced that there won't be any minimum roster thresholds for competition. The league's forfeiture policy, which applies to all sports, is similar to most that have already been announced.

The SEC is the only Power 5 conference that hasn't announced its forfeiture policy, but that is expected soon. The Big Ten, ACC, Big 12 and American Athletic Conference have also determined that if one team can't play because of COVID-19, it will forfeit and the game won't be rescheduled.

The Pac-12 is similar, with a bit of nuance in its wording. Instead of directly referencing COVID-19 as the reason a team would be unable to play and forced to forfeit, the Pac-12 rule states: "If an institution is unable to play a contest through its own fault, it shall forfeit such contest to its opponent."


The rule gives commissioner George Kliavkoff the discretion to determine "whether an institution is at fault or primarily at fault for an inability to play a contest based on the facts of the situation."