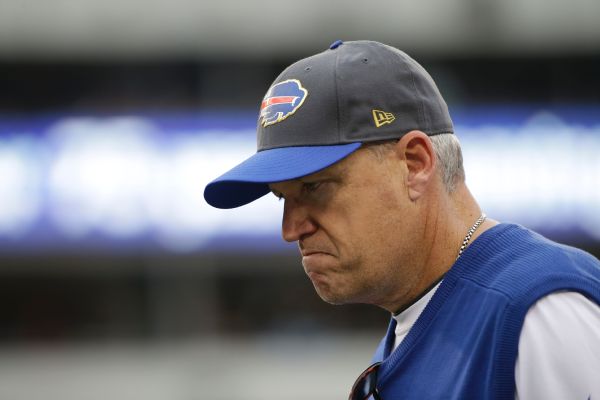 The Bills announced that general manager Doug Whaley would be leading their search for a new head coach, indicating his job with the team was safe.

Sources told ESPN's Jeff Darlington that Ryan did not have the full support of his locker room in recent weeks, especially from the defensive players, and the team found out about Tuesday's move via Twitter, as there was no formal announcement made internally.

"There were too many cooks in the kitchen. Guys were pissed," one player told Darlington. "He lost the defense."

In an interview with ESPN's Josina Anderson, Bills defensive tackle Marcell Dareus said that "everybody's job is on the line" on the team.

"Everyone is fighting for their position, so we're at a point where we have to make a change."

Asked why he thought the Bills' defense seemed to regress under Ryan, Dareus told Anderson that he believes "we should've been more aggressive on defense ... because that's the kind of players we have."

"We want to put our foot on the pedal and keep it down knowing what we're doing and being strategic on what we're doing," Dareus said. "Not trying to match up with this team or that team. We want to have our identity [knowing] this is who we are and what we're going to do."

"It was just too much detail for a lot of guys, and I feel like for a lot of guys it was too much going on for them to check here and check there, if this happens and that happens," he said. "Then nine times out of 10, a team will throw something out there that we weren't prepared for -- and then the adjustment to it we had to get used to and try to make it happen and make plays."

Bills defensive end Leger Douzable, who also played for Ryan with the New York Jets, tweeted his objection after the firing was announced.

Ryan's firing comes after the Bills lost 34-31 in overtime on Saturday to the Miami Dolphins to eliminate Buffalo from postseason contention for a 17th consecutive season.

Ryan called it "as painful of a loss as I can remember" and admitted "mistakes," including having only 10 men on the field on the run by Jay Ajayi that led to the Dolphins' winning field goal.

The coach decided to punt in overtime with just over four minutes left and with the Bills on their own 41-yard line. He has defended the call against media criticism, saying it is easy to second-guess him, as their "livelihood" wasn't on the line as his was.

"I spoke with Rex earlier today and we mutually agreed that the time to part ways is now," Bills owner Terry Pegula said in a statement. "These decisions are never easy. I want to take this opportunity to thank Rex for all his efforts and wish him all the best moving forward.

"Kim [wife] and I and our entire Bills organization share in the same disappointment and frustration as our fans, but we remain committed to our goal of bringing a championship to western New York."

Rex Ryan, 54, lost six of his last nine games before being fired Tuesday, and the Bills were 1-7 this season against teams currently with a winning record. He posted a 15-16 record in 31 games with Buffalo. He has a 61-66 overall record as a coach, including four consecutive non-winning seasons with New York before being fired by the Jets after the 2014 season.

The Bills hired Ryan in January 2015, after former coach Doug Marrone opted out of his contract. The Pegulas gave Ryan a five-year contract worth $5.5 million per season; Ryan was fired with three seasons remaining on the deal.

Lynn will become the Bills' 19th coach in franchise history. The last coach to lead the Bills to the playoffs was Wade Phillips in 1999. Ryan was the Bills' sixth coach since Phillips was fired after the 2000 season, and none of those coaches lasted four full seasons.

Ryan, the son of the late NFL coach Buddy Ryan, said upon joining the Bills that it would be his final stop as a coach. Known for his confident and sometimes bombastic personality, Ryan is expected to draw interest as a television analyst.

Ryan said upon accepting the Bills' job in January 2015 he would not "let our fans down," while declaring Buffalo would make the postseason, despite what was then a 15-year streak of missing the playoffs. He also called the Bills' fourth-ranked defense in 2014, prior to his arrival, as "a little disappointing," while adding, "I know we'll lead the league in defense."

Instead, the Bills finished 19th in yards allowed in 2015, prompting Ryan to tell WGR 550 late during that season, "The thing that kind of gives this team a black eye ... is that I let my mouth get ahead of everything." The Bills finished with an 8-8 record last season, after Ryan's hiring prompted a franchise-record 60,000 season-ticket sales.

Ryan continued to exude confidence when speaking to his team at the start of his second Bills training camp in July.

"Everything's questioned," Ryan told his players, as captured in a team-produced documentary that aired in September. "I forgot how to f---ing coach. 'The players don't respond to Rex; he don't know what the f--- he's doing anymore.'"

After an 0-2 start this season, Ryan fired offensive coordinator Greg Roman and replaced him with Lynn, a former NFL running back and longtime running backs coach who followed Ryan from the Jets' coaching staff. The Bills won their next four games, powered in part by what is now the NFL's top-ranked rushing offense.

Ryan's defense and passing offense remained question marks. Ryan leaned on his family last offseason by hiring his twin brother, former NFL defensive coordinator Rob Ryan, to assist his defense this season. However, the Ryan brothers' unit remains 19th in the NFL, its same ranking as 2015.

Despite the change at offensive coordinator, Rex Ryan also dealt with the NFL's second-worst passing attack this season in terms of yards per game. 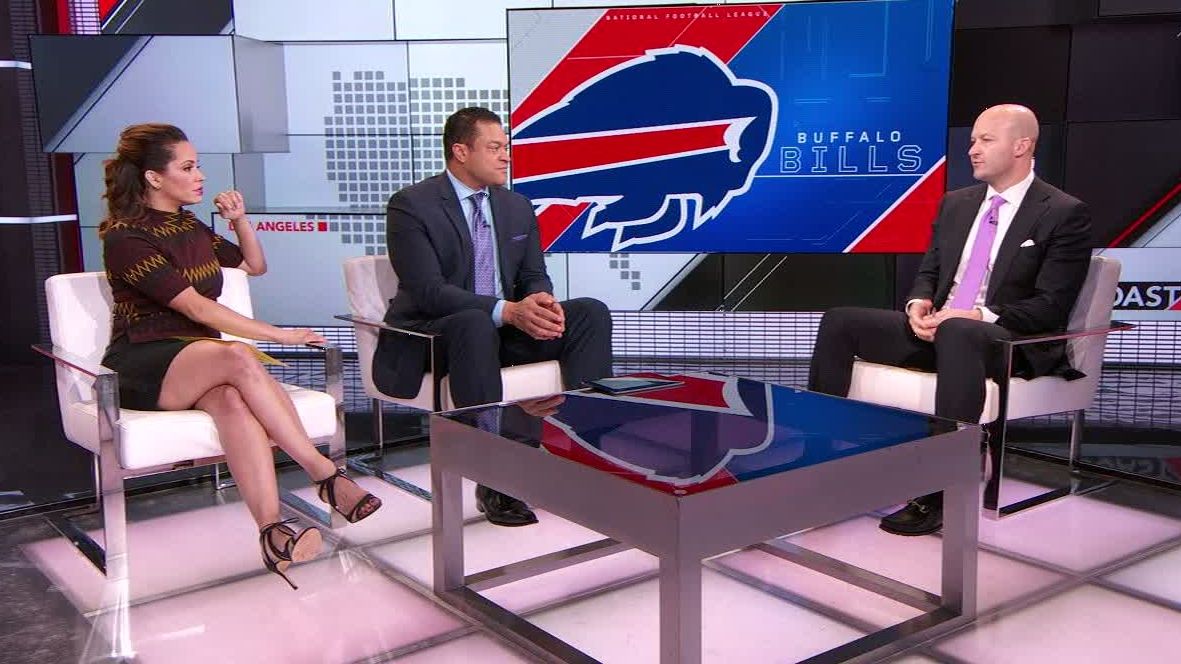 Future as NFL head coach dims for Rex
Matt Hasselbeck discusses the importance of Rex Ryan changing the game of football with his defensive schemes, but his colorful personality is what could ultimately make owners wary of having him represent the organization. 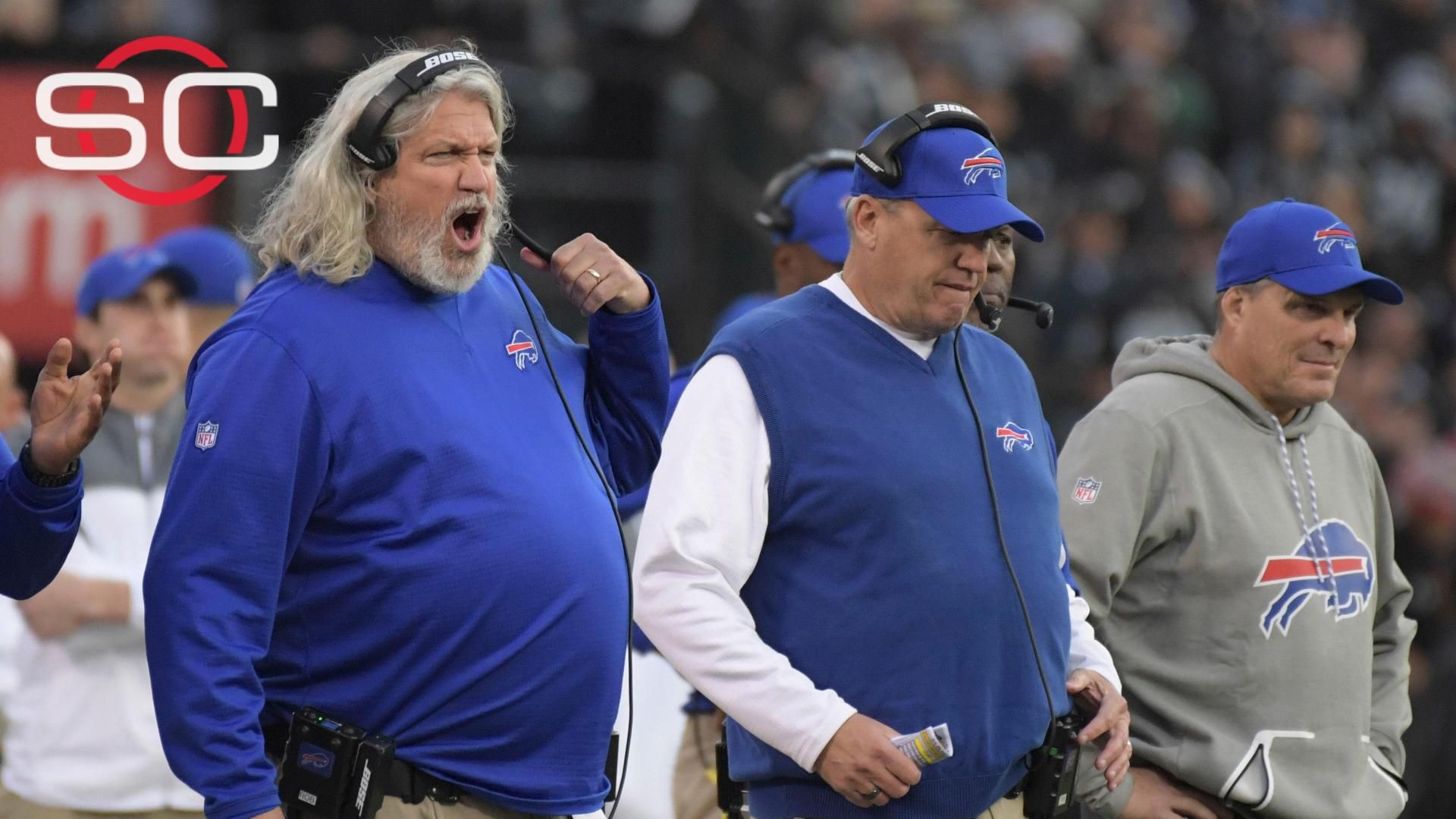