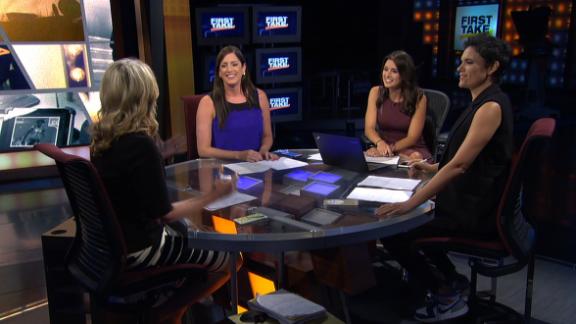 Dwyane Wade's initial contract discussions with the Miami Heat have not produced a common ground between the parties, and he is preparing to field outside offers when free agency opens Friday, according to league sources.

Sources told ESPN.com that Wade's representatives have made it known to multiple teams over the past several days that he will be on the market. Some teams have been skeptical, wondering whether Wade would seriously consider leaving the franchise where he has played 13 seasons and won three titles.

The Heat and Wade had several contentious weeks last year before they agreed on a one-year, $20 million deal for this past season.

Wade, 34, played in 74 games, his most in five years, and averaged 19 points, 4.1 rebounds and 4.6 assists in what was seen as a strong indication he had moved past the knee issues that had plagued him for several years.

At the end of the season, Wade said he hoped negotiations with the Heat would go more smoothly this summer.

"I hope that everything is quiet and works out the way I want it to," Wade said. "But I have no control over that, as much as people might think. It's a lot of moving parts in free agency. I'm not worried about it."

The Heat currently have around $40 million in cap space and have nine free agents, including Wade, Hassan Whiteside and Luol Deng.

They are one of the six teams set to have a meeting with Kevin Durantonce free agency begins, according to ESPN sources and media reports. This has led the team to attempt to keep maximum flexibility as it heads into July.

In addition to gauging Durant's interest, Miami has to manage the Chris Bosh situation, as his status heading into next season is undetermined.Bosh's season was cut short for the second year in a row because of health concerns stemming from a blood clot issue.

Wade open to outside offers
Chris Broussard breaks down the chances Dwyane Wade leaves the Heat or stays in Miami.