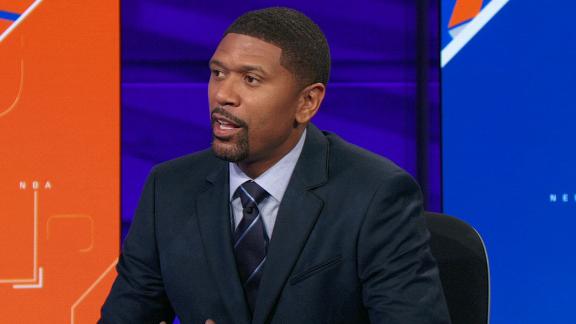 NEW YORK -- With theKnicks' off-court drama continuing to stir, even before Charles Oakley's arrest at Madison Square Garden on Wednesday night, one celebrity fan said it's time for a change at the top, while the team's coach said none of it comes as a surprise.

Legendary director and superfan Spike Lee didn't hesitate when asked if he would choose to keep team president Phil Jackson or star forward Carmelo Anthony with the franchise.

The latest Jackson-Anthony drama stems from Jackson's tweet Tuesday that referenced a column published on Bleacher Report that was critical of Anthony.

"I think I still believe in Carmelo, but Phil Jackson is making it very difficult for him," Lee told Tencent-ESPN on Wednesday.

First-year Knicks coach Jeff Hornacek, meanwhile, said he hasn't been surprised by any of the off-court drama in his first three-plus months on the job.

"I kind of, not was warned, but it was expected that it was going to be something all the time," Hornacek said before the Knicks' 119-115 loss to theLA Clipperson Wednesday."And it's lived up to the billing. It's been something all year. So, OK, let's go play a game and try to win."

More strife surfaced Wednesday in the first quarter, when Oakley, a former longtime Knicks forward,was arrested after he was involved in an altercation near the courtside floor seats where owner James Dolan was sitting.

Oakley's arrest might take some of the attention off Jackson, who has -- directly or indirectly -- delivered several critiques of Anthony this season. He and the Knicks have also shopped Anthony to other teams in trade talks. The Knicks have reached out to theCavaliers, but Cleveland has rebuffed the Knicks' request of Kevin Love in a trade, sources told ESPN's Marc Stein and Chris Haynes.

Hornacek has acknowledged that the trade talks were initially a bit of a distraction to players. He said Wednesday that Jackson's tweet was another distraction but said he didn't believe it sidetracked the Knicks, who are now 22-32.

"I'm kind of like these guys on our team. Everything that gets out there, you're going, 'OK, whatever.' Hopefully it's not a distraction for our guys and our focus is on the games and what we need to do at practice," Hornacek said. "We came in this morning. There really wasn't much talk about it at all, I think, from the guys. This morning, they were focused on the game, and that's really what we're trying to aim at. We got to get back and win some games.

"Stuff that comes out with Phil and Carmelo, Carmelo handles it great. He's handled it great the whole year. When he gets out on the court, he's just playing. He was focused this morning. So that's our biggest concern."

Anthony largely shrugged off Jackson's latest barbs after the Knicks' loss to the Clippers, saying he didn't care to ask Jackson's motivation and was focused on trying to win games.

"I told you once, I'll tell you again, I'm in that building every day," Anthony said. "Until something is said to me directly, then I'm not going to feed into it."

Anthony, a 14-year veteran, has a no-trade clause and would have to agree to waive that clause before a trade could be completed.

The column Jackson referenced in Tuesday's tweet details the Anthony-Jackson dynamic, questions Anthony's desire to win and concludes that Jackson and the Knicks, in part, "can't want for Anthony what he doesn't want deeply enough for himself."

In his tweet, Jackson referenced Michael Graham, a talented player from Georgetown whom Jackson coached in the Continental Basketball Association. Graham and Jackson got into an argument in the middle of a game on New Year's Eve in 1986, according to a profile of Graham in The Washingtonian. Days after the incident, Jackson's team, the Albany Patroons, released Graham.

Jackson referenced Graham in his memoir, according to The Washingtonian, and noted that he had difficulty reaching him.

"Nothing I said made any difference," Jackson wrote. "Whenever I tried to talk to him, his eyes would glaze over and he'd retreat to some dark inner corner nobody could penetrate."

That Jackson compared Graham to Anthony, whom Jackson re-signed to a five-year, $124 million contract in the summer of 2014, is jarring, particularly given that it was published at a time when the Knicks are shopping Anthony. 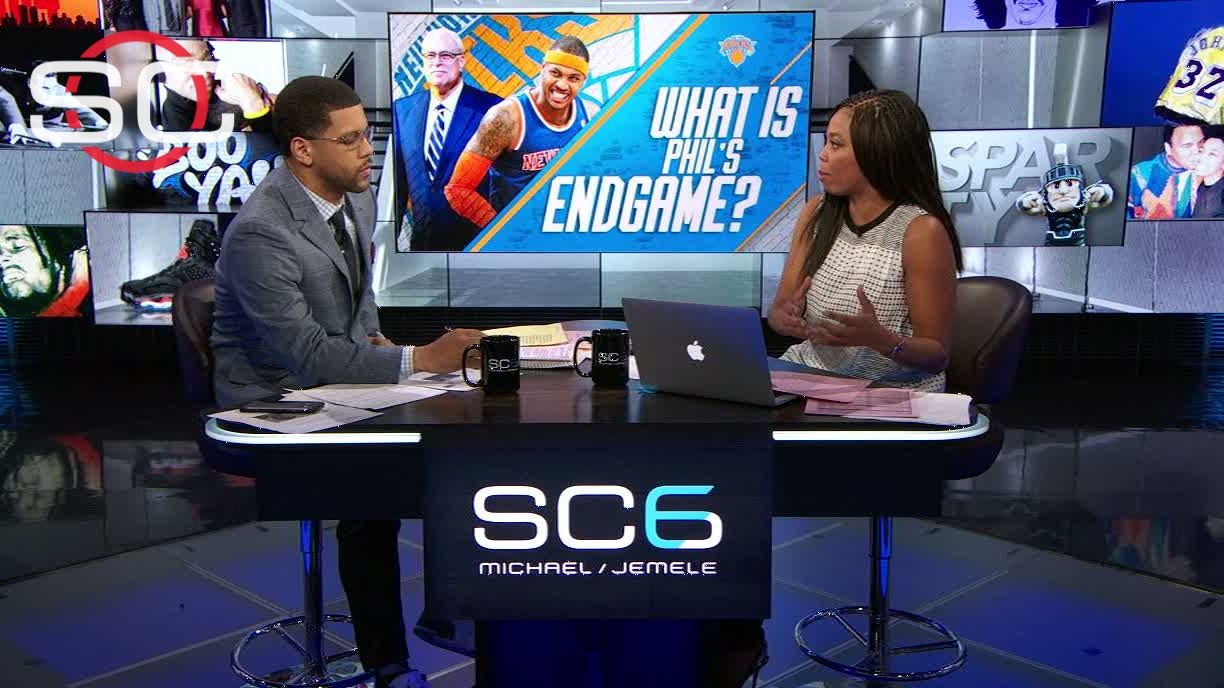 What is Phil's endgame with the Melo situation?
Jemele Hill and Michael Smith debate on SC6 whether Phil Jackson is trying to drive Carmelo Anthony out of New York, if Phil has had enough and needs to go or do they just make the best of the situation.

Begley says Phil's tweet the latest move to push Melo out
Ian Begley describes the recent timeline of Phil Jackson criticizing Carmelo Anthony and how his tweet on Tuesday is the latest example of Jackson trying to get Anthony to waive his no-trade clause.