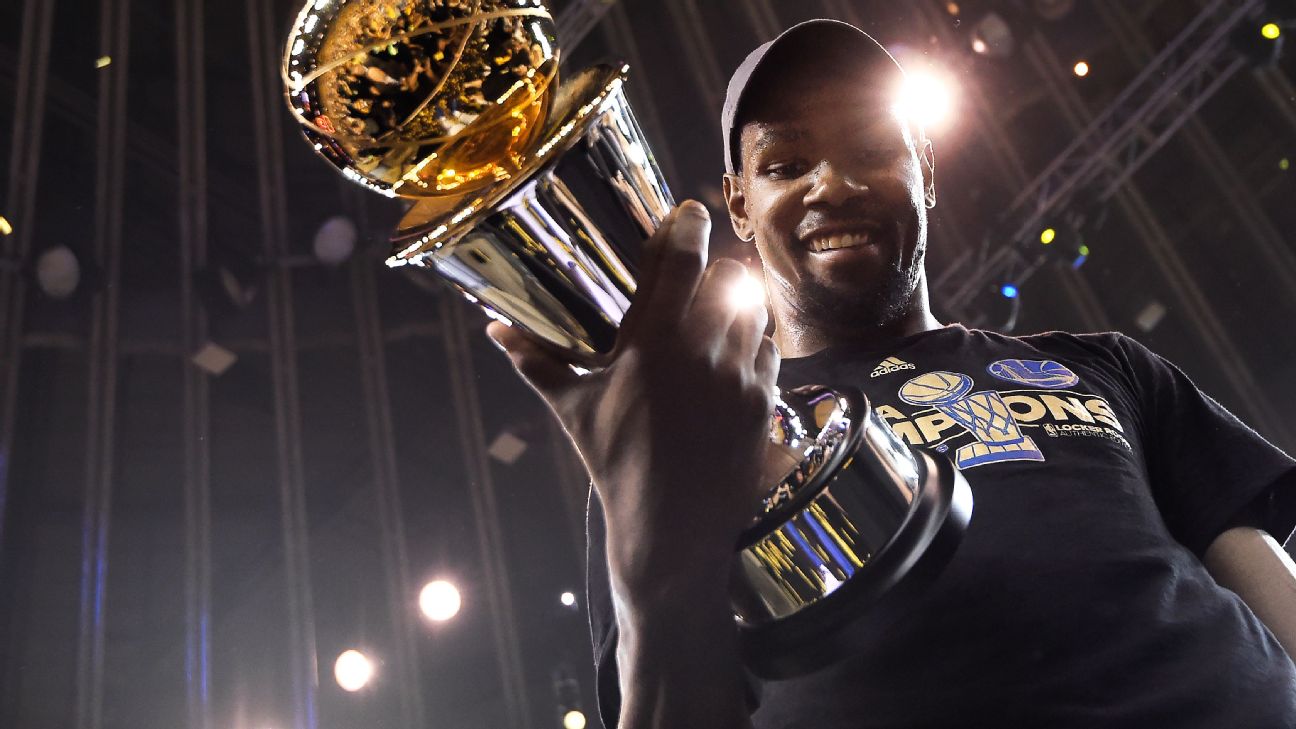 The odds suggest it's a fait accompli that the Golden State Warriors will win the 2018 NBA Finals over the Cleveland Cavaliers, so maybe the better question is: Who will win the MVP?

Las Vegas sportsbooks believe it will be chalk -- much like the series -- with Kevin Durant as the favorite (-125 at Westgate Las Vegas SuperBook, -180 at William Hill).

Durant and Curry opened as +175 co-favorites at Westgate to win the 2017 NBA Finals MVP, with Durant taking home the honors.

"Durant's points per game average is a little higher and Curry hasn't played that well in any of [Golden State's] three previous Finals," Westgate SuperBook oddsmaker John Murray told ESPN. "Durant is perceived as the No. 1 option and won it last year, so it makes sense for him to be favored."

Curry has the most money bet on him for MVP at Westgate and has taken the biggest single bet, lowering his odds from +180 to +150.