Stanley Cup Playoffs Daily: Blues get even with the Sharks 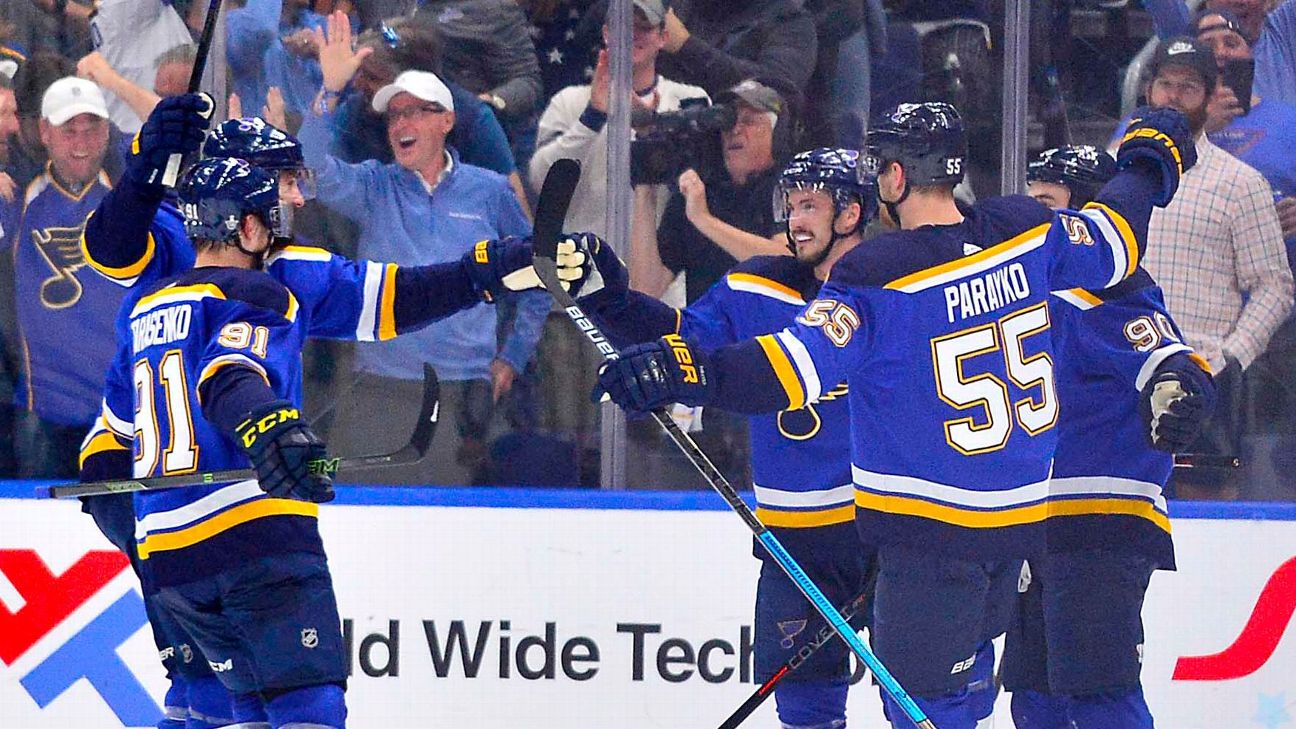 Hey, good news: We're going to talk more about the players than the referees in this edition, which is really all we can ask for in this postseason. It was a 2-1 win for the St. Louis Blues over the San Jose Sharks, without any major controversy!

Here's what happened in the NHL last night (check out replays of every playoff game on ESPN+) and what to watch for Sunday night, in today's edition of ESPN Stanley Cup Playoffs Daily:

Play of the night | Next game| Social post of the day

The Blues had two options after that crushing Game 3 overtime loss. They could have allowed the blown call on Timo Meier's hand pass that set up Erik Karlsson's game winner to fester. Or, they could put it aside and focus on the real lesson of that loss, which is to not allow a game-tying goal late in the game.

They went for the second route in Game 4, closing out the 2-1 win thanks to a strong performance from Jordan Binnington (moving to 11-2 after losses) and a defense that bent (allowing 73 shot attempts in all situations) but did not break. (Here's a quirk: For the fourth time in this series, the team with the most shot attempts was the team that lost the game.) Ivan Barbashev and Tyler Bozak had the Blues' goals, and Tomas Hertl scored for the Sharks.

1. Jordan Binnington, G, St. Louis Blues. The Blues rookie set a franchise record with his 10th playoff win, and became just the 10th rookie goalie in NHL history to hit double-digits in wins during a single postseason. He made 29 stops for St. Louis.

2. Martin Jones, G, San Jose Sharks. Jones made only 20 saves in the game and ultimately took the loss, but he was spectacular for the Sharks early in the game before they started controlling play from the second period on. "We were kind of lucky it was just 2-0 after first. Jonesy made a couple huge saves,"Tomas Hertlsaid.

3. Ivan Barbashev, LW, St. Louis Blues. The Blues' fourth line had another strong game, and Barbashev followed up his assist on Alexander Steen's Game 3 goal with a goal of his own just 35 seconds into Game 4, setting the tempo.

Follow the bouncing puck. Tyler Bozak was credited with the goal, as it hit a few skates and found its way past Jones.

We need to talk about Erik Karlsson.

The Sharks defenseman played just 6:20 in the third period, his lowest ice time for any period of this series. His 25:09 in total ice time, while second only to Brent Burns (26:46) on the Sharks, was also his lowest of the series. He was missing from the ice for almost eight minutes of the third period, before he took the ice with 1:55 left and the Sharks having pulled Jones. Karlsson's skating was labored. He didn't rush the puck much at all. Burns passed on a question about Karlsson's health, and coach Peter DeBoer said he had "nothing" to add to the speculation about the defenseman's health. It's something to monitor before Game 5.

The noon local start time is an interesting wrinkle for Game 5. The Sharks will seek to extend one of the most cemented trends of the postseason, which is their record in odd and even games. They're now 1-7 in even-numbered games with a minus-10 goal differential, and 9-1 in odd-numbered games with a plus-15. It should also be interesting to see if DeBoer does some line scrambling, as he had Joe Pavelski skating with Joe Thornton, and Joonas Donskoi with Hertl's line for a bit in Game 4.

Honestly, who needs teammates when you have a hallway for fun?

"It was exactly the opposite of what we wanted. ... The first was really ugly." -- Tomas Hertl on the Sharks' start 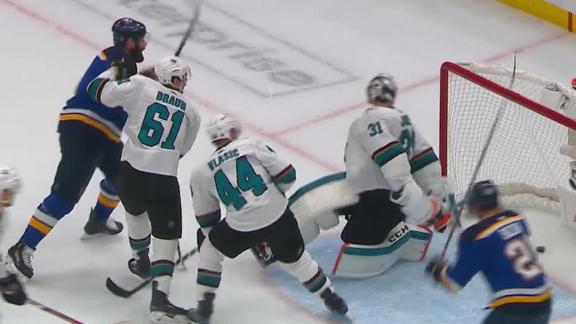