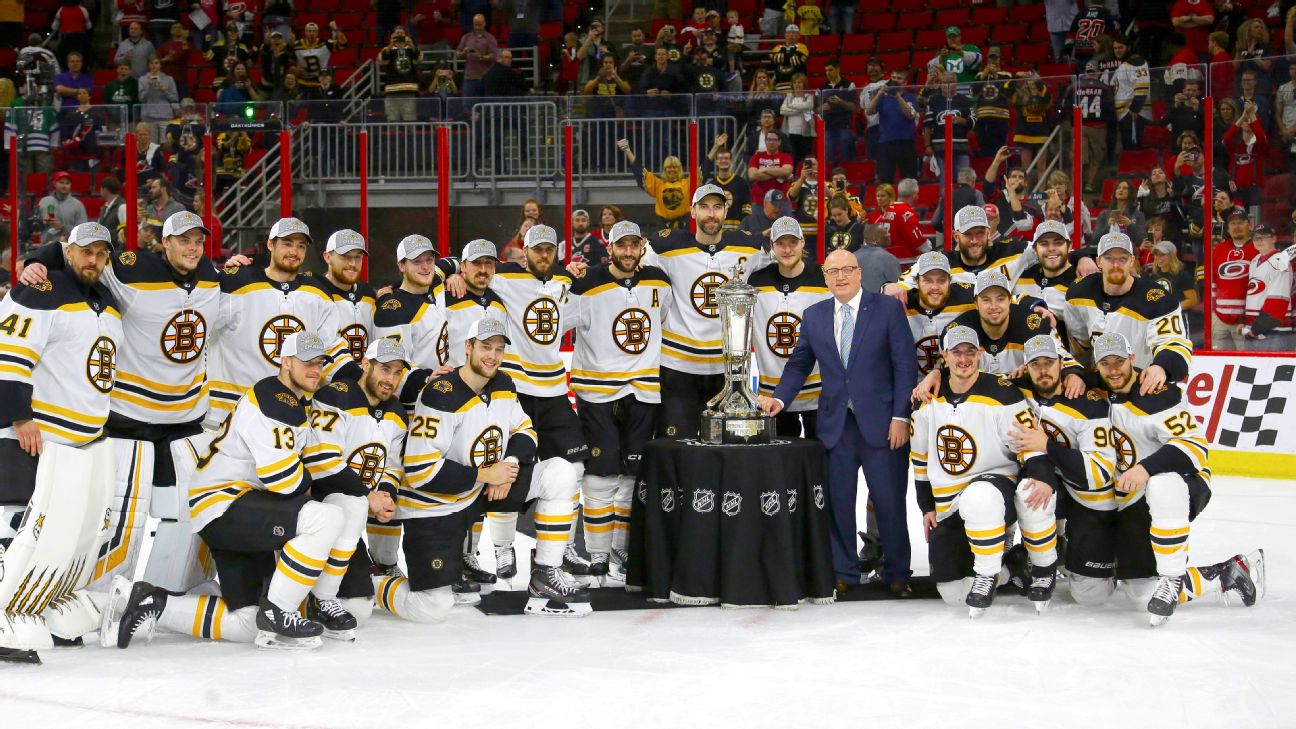 The Boston Bruins are back to the Stanley Cup Final -- their first since 2013, though professional sports teams in Boston have hardly suffered since then -- knocking out the Carolina Hurricanes in a sweep.

Here's a recap of last night's action (check out replays of every playoff game on ESPN+) and what to watch for tonight, in today's edition of ESPN Stanley Cup Playoffs Daily:

Let's be honest: the Canes were telegraphing mental exhaustion over the past few days, and a Boston series win felt inevitable after the Bruins took Game 3 in Raleigh. In Game 4, Carolina just couldn't sustain any pressure. The Canes had only four shots in the second frame, including a 14-minute stretch without any, and then didn't register one for more than half of the third period.

Even without captain Zdeno Chara, the Bruins put up a solid defensive effort in one of their more complete performances of the postseason. It didn't help the Canes that Boston's top line is sizzling hot; the trio accounted for all four of the Bruins' goals. You can boil down Boston's domination in this series to two factors:

1. Patrice Bergeron, C, Bruins. Two goals and an assist from Bergeron paced the Bruins on Thursday. Over the past seven games, the top line is 11-0 in goals for versus goals against, with 77 percent of the high-danger shot attempts, according to Natural Stat Trick.

2. David Pastrnak, LW, Bruins. Pastrnak added a goal and two assists. His one-timer, off a feed from Brad Marchand, was clinic.

3. Tuukka Rask, G, Bruins. Once the Bruins scored their second goal, it felt all but certain they would win. There was no way the Canes were scoring three goals on Rask after how sharp he has been this series.

The passing that led to this crucial @nhlbruins goal: *chef's kiss* #StanleyCup

The Bruins' top line was guilty of trying to be a little too cute -- and making one too many passes -- on a few chances in the first period. It finally worked out for them with this gorgeous second-period goal.

After Game 3, Carolina defenseman Dougie Hamilton admitted that the Canes' power play hadn't been good "for some time." They didn't have enough time to fix it for Game 4.

(The Bruins, meanwhile, were 7-for-15 in the series, converting at nearly a 47 percent rate.)

Was the botched no-call on the game-winning overtime goal in Game 3 a cruel way for St. Louis to lose? Yes. Is it going to change? No. The Blues need a mental reset; they can't lament what's already done. Players told reporters in the off day that they wouldn't wallow, but that's easier said than done.

St. Louis may be without defenseman Vince Dunn, who is day-to-day with an upper-body injury (he has been having a breakout season, and plays point on the power play). A positive for San Jose? Erik Karlsson finally broke his goalless streak, scoring his first goal in more than five months -- a span of 31 games without one.

It's all about respect.

Sound on for this remarkable moment in the handshake line between Zdeno Chara and Rod Brind'Amour. #StanleyCup pic.twitter.com/qWP6ABk9sJ

There are few things in sports more pure than the playoff handshake line. 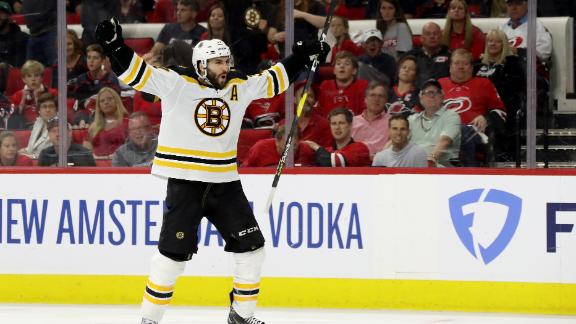