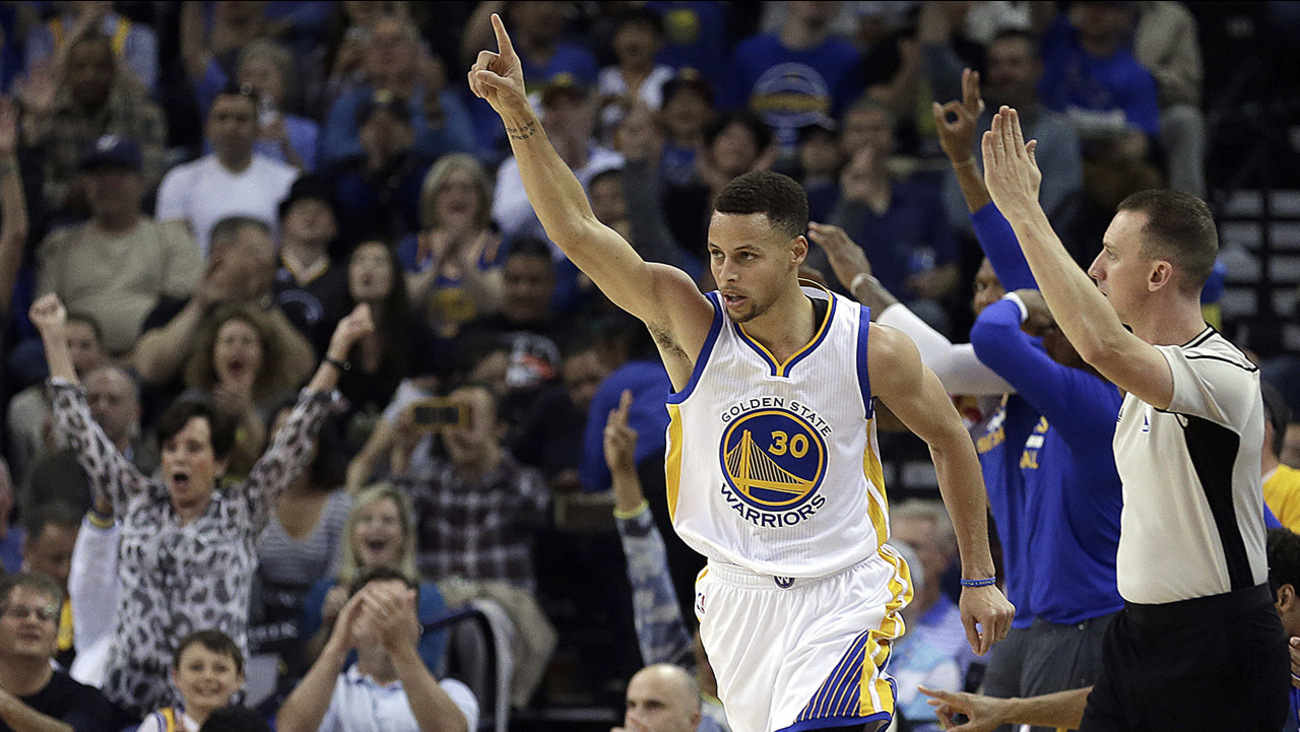 The Golden State Warriors superstar is the 11th player in NBA history to be voted MVP in consecutive seasons and the first guard to do so since Steve Nash in 2004-05 and 2005-06. Curry received 1,310 points from the 130 voters from the U.S. and Canada.

He was followed in the vote Tuesday by Kawhi Leonard of San Antonio, LeBron James of Cleveland and Oklahoma City teammates Russell Westbrook and Kevin Durant. Curry's teammate Draymond Green was seventh.

In a stunning overtime performance Monday night, Curry showed exactly how he can take over a game in a matter of seconds. He returned from a sprained right knee to score 40 points - and 17 in overtime - in a 132-125 win at Portland to put his team up 3-1 in the Western Conference semifinals.