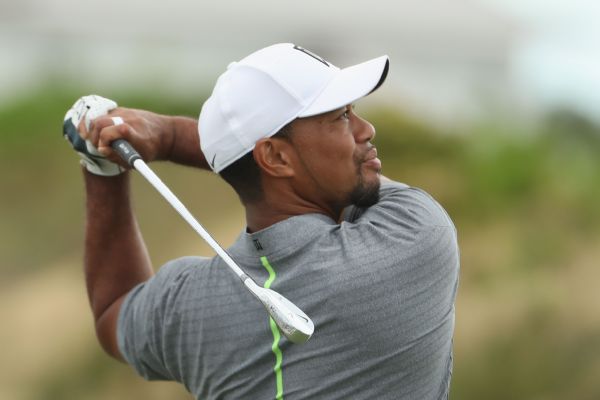 SAN DIEGO - Tiger Woods stood shivering on the first tee at Torrey Pines North on Wednesday morning with a new endorsement deal just announced, but without all of the clubs he will be paid to play in his bag.

He could barely see down the fairway as his pre-tournament pro-am round for the Farmers Insurance Open was beginning in near darkness and 46-degree temperatures, conditions no way conducive to a guy with a bad back.

But the TaylorMade deal is yet another sign that Woods is returning to competitive golf after missing most of the past 17 months due to two back surgeries. Nike's exit from the golf hard goods business in August made Woods somewhat of a free agent when it came to equipment.

While he is still representing Nike for its apparel, including golf shoes, he is slowly but surely moving away from the Nike clubs, putting Taylormade woods in his bag for the Hero World Challenge last month in the Bahamas.

He will eventually transition to TaylorMade irons, including wedges, but will have Nike irons in play this week. Woods had previously announced a deal to play the Bridgestone golf ball.

"With TaylorMade, they're allowing me to take my time and we're going to develop my irons and make the irons and the blades that I want and that will fit my game and what I like to look at in not only the playing position, but also feel and obviously what shot window I want to hit it through,'' Woods said. "So we're in a process of building that and it's going to take a little time. And the same with the wedges.''

Woods will have a TaylorMade driver, 3-wood and 5-wood in his bag, with a 3-iron through PW, as well as two sand wedges made by Nike. He will also continue to use the Scotty Cameron putter he put back in play in the Bahamas.

Upon turning pro in 1996, Woods has been affiliated with Nike throughout his career and put the company's various clubs and balls in play as they were developed. From 2011 through his last competitive round in 2015, all 14 clubs were Nike.

Although TaylorMade is for sale, there was never any discussions about Woods or his company, TGR, acquiring any type of ownership or equity stake in the company, said his agent, Mark Steinberg.

As for his game, Woods' warmed up under floodlights and played in rain pants and four layers for the early part of his round. It wasn't a great circumstance for someone with a bad back, and it was here two years ago where Woods withdrew in the first round due to back tightness issues.

"I used to be able to handle this kind of cold weather but now I'm a Florida softie,'' he said. "I'm used to practicing in shorts and no shirt in my backyard all the time. It's a little bit different when it gets into the 40s. It was quite eye opening and it's just about staying mobile and keeping warm and moving.''

Woods will also encounter something that he hasn't seen for a long time - rough. The last time he played in such high rough, he said, was at the 2015 PGA Championship at Whistling Straits, where he missed the cut.

The rough at Torrey Pines is formidable, and it's also wet due to significant rain recently. Cold temperatures, tall rough . . .it's a much different scenario than his comeback in the Bahamas in December.

Woods will play the first two rounds with No. 1-ranked Jason Day and No. 3 Dustin Johnson in what will be the first of four events in the next five weeks. Woods is headed to the Omega Dubai Desert Classic next week on the European Tour, followed by the Genesis Open in Los Angeles three weeks from now and then the Honda Classic.

"I've played one tournament (in 17 months) and I haven't played a full-field event, I haven't gotten into the rhythm of playing weeks on a season,'' he said. "It's been awhile, and so it's nice to start here at Torrey; also go to another place, Dubai, where I've won before as well. So I'm going to two venues in which I know how to play the golf course.

"I'm looking forward to getting out and playing and trying to keep improving and getting my game better, more consistent, rounding into form and making my way to that first full week in April (for the Masters) and getting everything ready for that.'' 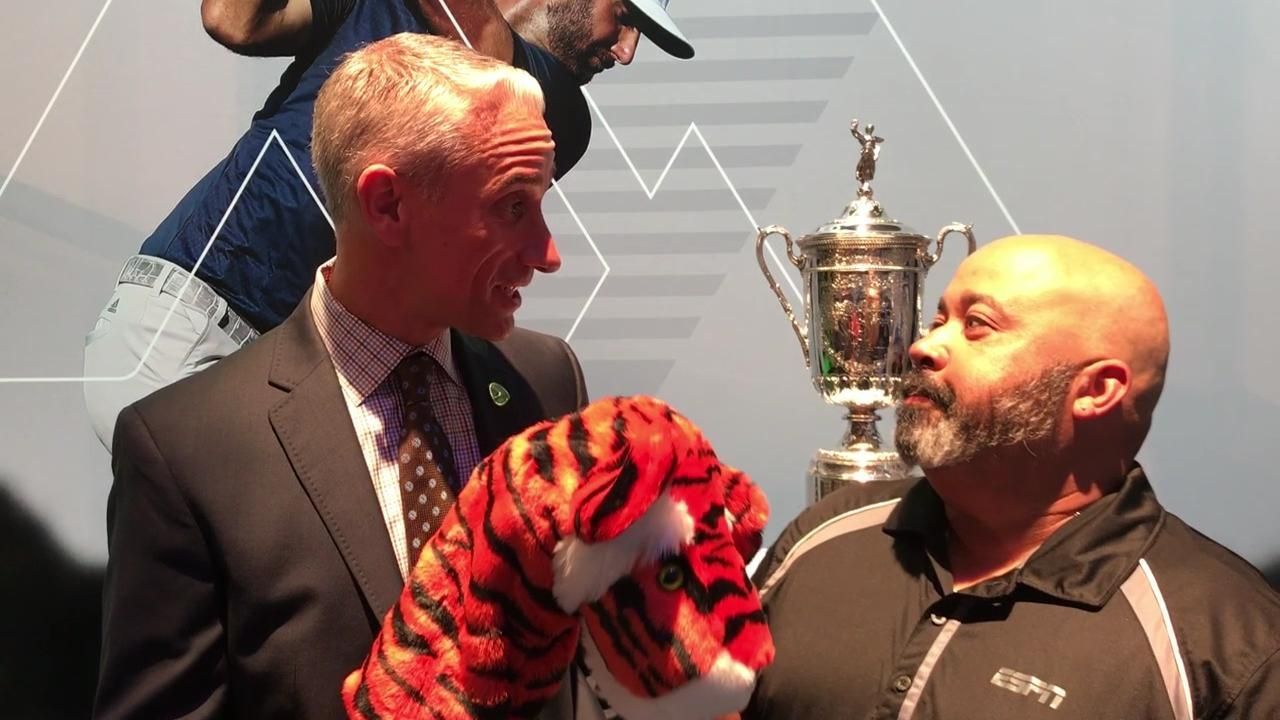 TaylorMade 'thrilled' to welcome Tiger to family
TaylorMade CEO David Abeles says it is "simply incredible" to add Tiger Woods to their team.

Have faith in Tiger Woods at Torrey Pines
Tiger Woods will make his first start of 2017 at Torrey Pines, a course where he's won eight times before, including the 2008 U.S. Open, his last major title. ESPN's Michael Eaves explains why we should have faith in Tiger.
Related topics:
sportsespnniketiger woodspgataylormade
Copyright © 2020 ESPN Internet Ventures. All rights reserved.
More Videos
From CNN Newsource affiliates
TOP STORIES