Which stars are on the Dodgers' winter meetings shopping list? 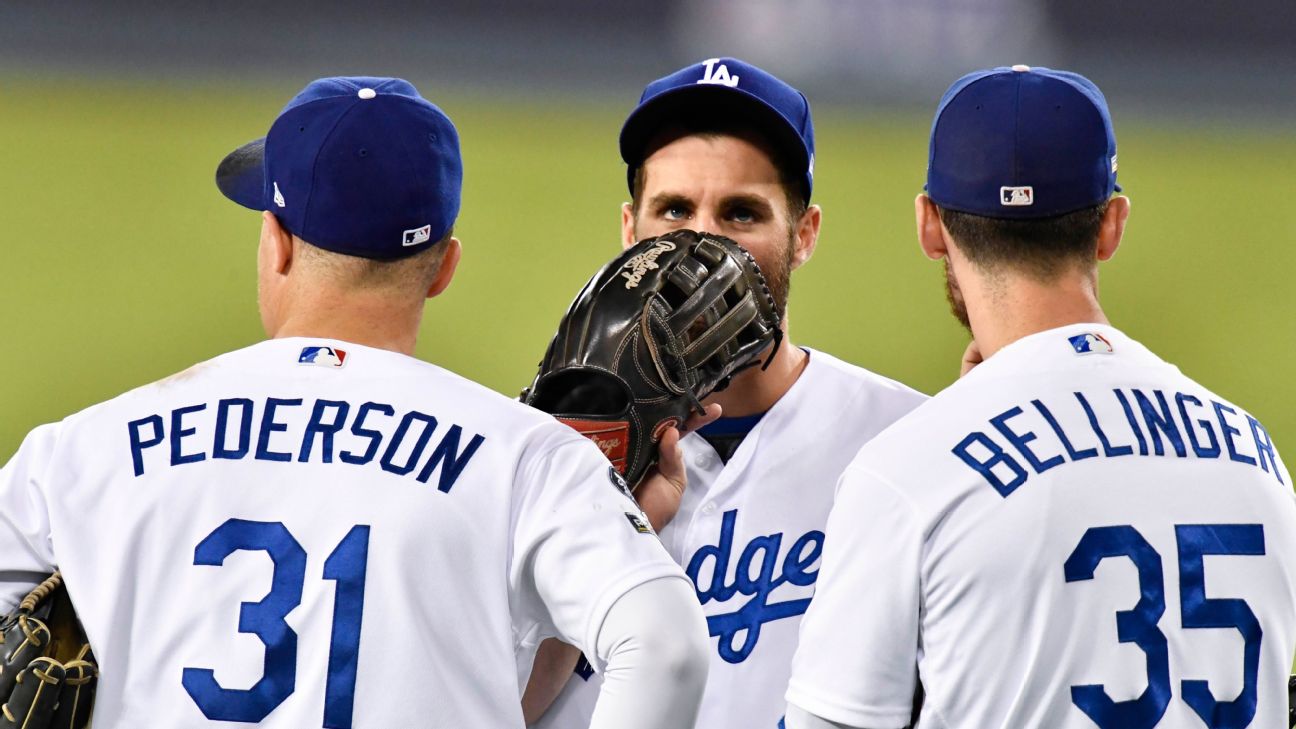 SAN DIEGO -- The Los Angeles Dodgers could do everything and nothing. They could draw from their abundant prospect capital to pull off a major trade or take advantage of a more flexible payroll to sign a star free agent or sit out the winter entirely, reconvene in the spring and field a team capable of once again capturing the National League West.

It is both their gift and their curse.

Dodgers president of baseball operations Andrew Friedman acknowledged from baseball's winter meetings on Monday that his targets make up "a much more narrow group" than in recent years. He agreed that the list extends to roughly 12 players, the vast majority of them elite, which simplifies his approach but also limits his options.

The Dodgers have won seven consecutive division titles but have yet to capture the World Series. Through the annual disappointment, Friedman has been unable to pinpoint a common denominator for thriving in October.

He doesn't believe there is one.

"At the end of every World Series," Friedman said, "there's a narrative that comes out about whoever won and what the composition of their roster looked like, like, 'Now, this is the thing that you have to have.'"

The only obvious component, Friedman said, is talent. As constructed, the Dodgers would head into 2020 with a wealth of young starting pitching, a deep and versatile position-player group and a better-than-advertised crew of relievers. Their only real need, if you want to call it that, is superstar players whose impacts get magnified when the sample shrinks to a five- or seven-game series in October. That is the extent of the Dodgers' focus.

But who? More specifically, where? Below is a positional ranking of the Dodgers' offseason shopping list.

This one is less obvious than one might think. The Dodgers' bullpen was thoroughly criticized in 2019, but it finished the regular season with the lowest ERA in the NL. When the postseason came and the starting-pitching depth allowed the Dodgers to convert Kenta Maeda and Dustin May into temporary relievers, it only got better. Still,Joe Kelly's volatility and Kenley Jansen's decline are enough to make this the Dodgers' greatest area of need, a department they would ideally shore up with a consistently dominant arm who could at least occasionally relieve Jansen of the ninth inning.

The problem is that the options seem limited. Treinen is an intriguing alternative as a reclamation project. Hader is an ideal fit -- in a baseball sense. The racist and homophobic tweets that were unearthed from a few years ago could make him a bad fit in L.A.

Four spots in the Dodgers' rotation are basically locked up with Walker Buehler, Clayton Kershaw, Julio Urias and Maeda. May, Tony Gonsolin, Ross Stripling, Dennis Santana and Caleb Ferguson are currently vying for the last slot. The Dodgers' depth here is impressive, even with Ryu and Rich Hill becoming free agents this offseason.

But this is a crucial question: Can the Dodgers win a championship if this version of Kershaw -- still considerably effective over a six-month regular season but increasingly more vulnerable in October as his stuff diminishes -- is their No. 2 starter? They would feel a lot better if they could slot Cole in at the top, but Friedman's track record suggests that a seven- or eight-year contract at a record-setting price is out of the question. That's what makes the availability of guys such as Kluber and Syndergaard on the trade market so intriguing. (Ryu as a free-agent fallback makes sense too.)

Options in free agency: 3B Anthony Rendon, 3B Josh Donaldson

Fits via trade: 3B Kris Bryant, 3B Nolan Arenado

Signing Rendon could push Justin Turner to first base, which could certainly help keep him healthy as he heads into his age-35 season. From there, the Dodgers would suddenly have a ton of flexibility on the trade market.

Max Muncy would become expendable coming off two remarkable seasons, a name the Dodgers could use to upgrade their rotation or their bullpen. Or Muncy could become an everyday option at second base, a position he made major strides at this past season, which would allow the Dodgers to dangle the more appealing Gavin Lux or Corey Seager in trade talks.

The point is the Dodgers would have options, even more so than the plethora they currently possess. They would also have added versatility, with Rendon capable of playing second base. Donaldson is a nice fallback option, but his list of suitors will probably be extensive. Bryant seems almost likely to be traded, but the asking price will be high. Arenado is probably a long shot.

BesidesJoc Pederson, who is heading into his final season before free agency, it seems as if Seager is the most likely to be traded. But moving him to third base, the position scouts once projected for him long term, might also be an option. That's why Lindor has been linked to the Dodgers since the beginning of this offseason. Lindor is a .284/.346/.495 hitter the past four years, with 118 home runs, 81 stolen bases and 23.2 FanGraphs wins above replacement, fifth most in the majors. But the Cleveland Indians might be more inclined to hang on to him until July. Merrifield, a .298/.348/.454 hitter since 2017, is more likely to be moved and would certainly help. His presence would probably make the Dodgers more willing to part with Lux, whom they have been hesitant to trade.

If the season began today, the Dodgers would probably play Cody Bellinger in center and Alex Verdugo in right, with Joc Pederson starting against righties -- in other words, most of the time -- in left field. That would make A.J. Pollock, signed to a $55 million contract less than 11 months earlier, a platoon player. And it would leave Chris Taylor as a utility guy who plays only sparingly.

The Dodgers would be better suited to extract from their outfield depth to free up some playing time, like they did last offseason. Adding someone else is almost unthinkable -- unless it's a superstar with a magnetic personality who would instantly make them a powerhouse, like, say, Mookie Betts. 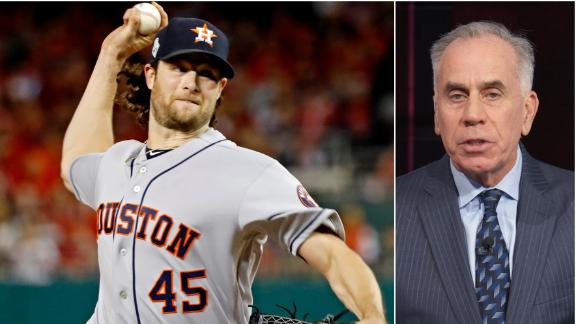