Who has the best kicks on Team USA? 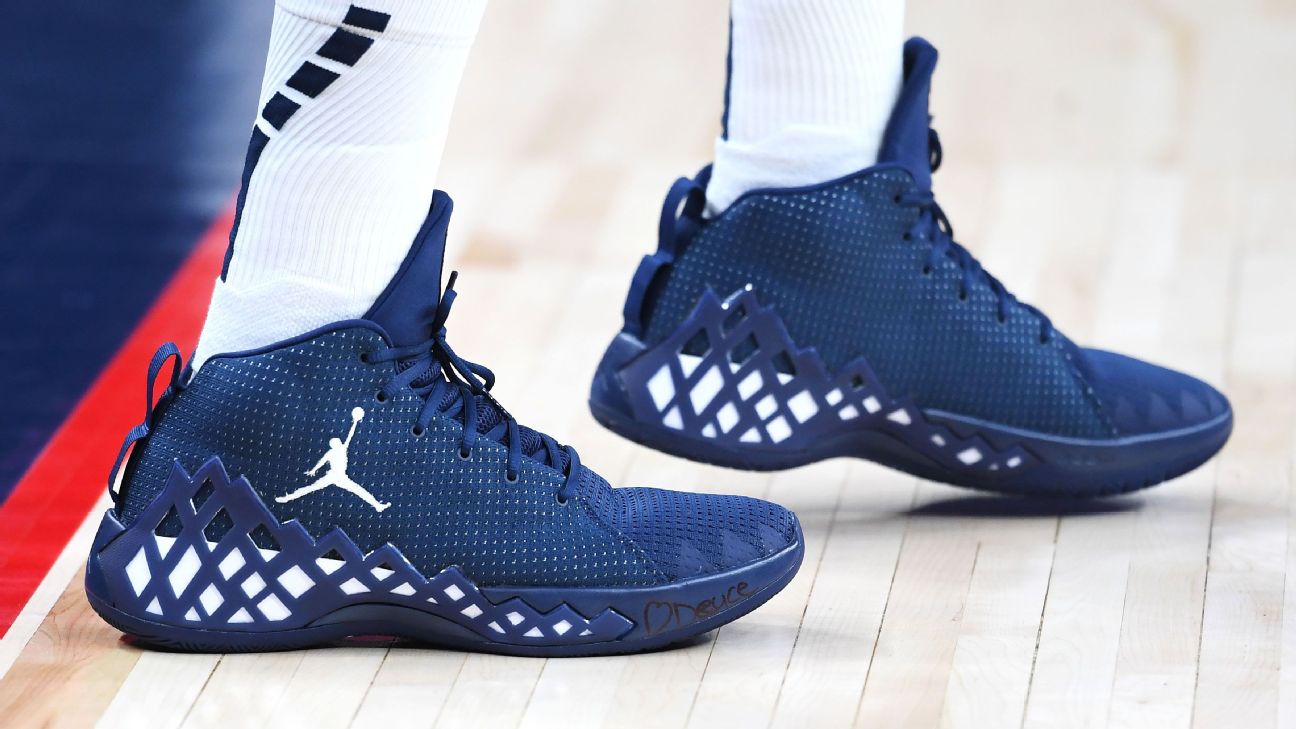 With the platform of USA Basketball's road to the FIBA Basketball World Cup in store, several players have looked to turn heads with their patriotic pairs during the team's training camp and early exhibition games.

For Kyle Kuzma andP.J. Tucker, it could be their final stretch in Nike sneakers, as both will be among this fall's most sought-after sneaker free agents, with their current swoosh endorsement deals set to expire in late September.

Both have been wearing exclusive pairs of the Kobe 4 Protro in navy, red and white so far, with Kuzma expected to continue carrying the torch for the former Los Angeles Lakers legend's signature sneaker line as he continues on with the national team.

After suffering an ankle injury just before team USA's exhibition win over Spain, Tucker was forced to withdraw -- a personal disappointment for the 34 year-old excited to represent his country, and a letdown for sneakerheads looking forward to his rotation of FIBA footwear.

Boston Celtics forward Jayson Tatum, a fellow 2017 draft classmate of Kuzma's,has kicked off his new sneaker deal with Jordan Brand during his time with USA Basketball, after officially transferring over from Nike's basketball category to the Michael Jordan subsidiary in late June.

"I've been wearing Jordans since before I could walk, when I was 10 months old," Tatum said. "Fast-forward 20 years later, now I'm a part of the brand."

After a process that began at the start of the year -- "a bunch of phone calls," he jokes -- Tatum welcomed the internal shift to become a Team Jordan member after just the second season of his rookie shoe deal with Nike.

"I told my mom, the only way athletes get to come to the brand is if Jordan approves," he said. "Getting the approval from the greatest player of all time at 21 [years old] is an incredible feeling."

When his mother asked what went into his thought process of accepting the transfer, it was apparently a straightforward decision.

In the week leading up to his official announcement, Tatum says 50 pairs of Jordans arrived on his doorstep. Several limited edition exclusives were packaged alongside recent performance models, along with a handful of his favorite Air Jordan 1 colorways.

During his time with USA Basketball, Tatum has helped to headline Jordan's newest performance sneaker, the Jumpman Diamond, coincidentally, alongside his new brandmate and teammate in Kemba Walker. Each is wearing slightly different editions of the team shoe in navy, white and red accents, before they switch to green-based kicks for the regular season.

"The creativity and freedom that you can have over here, and the back and the forth with athletes is really creative and new in the basketball world," Tatum said.

Though several of the NBA's biggest stars with their own signature shoe opted against playing in this summer's FIBA World Cup, that allowed for Donovan Mitchell to step in as the only USA Basketball player with his own signature model. The timing couldn't be better, as Adidas just launched his debut D.O.N. Issue #1 sneaker, highlighted by an acronym short for "determination over negativity," and complete with comic book themes.

Just as he did throughout the past NBA season, Mitchell continued his ongoing ritual of giving away his game-worn sneakers to fans, leaving a young boy in awe as he handed off his player exclusive navy and white Adidas signature shoe.

While both Tucker and Kuzma are just now beginning the early stages of their pending sneaker free agency, Celtics guard Marcus Smart might have already tipped his hand in Las Vegas on his next shoe deal. After originally signing with Adidas as a rookie in 2014, Smart was spotted in head-to-toe Puma gear as he arrived for USAB training camp, hardly a subtle move. The following day, he laced up Puma's recent Uproar sneaker in white, blue and red, perhaps plainly foreshadowing his plans.

Talks between the two sides are ongoing, according to industry sources. With Puma-sponsored athlete Terry Rozier leaving the Celtics in free agency, the Boston-based basketball category of the company is said to have mutual interest in signing Smart to continue their local pro presence, once his Adidas deal officially expires Oct. 1.

Last but not least, head coach Gregg Popovich even turned heads during the team's practices, breaking out a clean white and navy pair of the once mass friendly-turned-cult classic defining "dad shoe," Nike's Air Monarch. He even caught the attention of the league's reigning sneaker champ.

"Pop killed me with the Air Monarchs!" Tucker said.