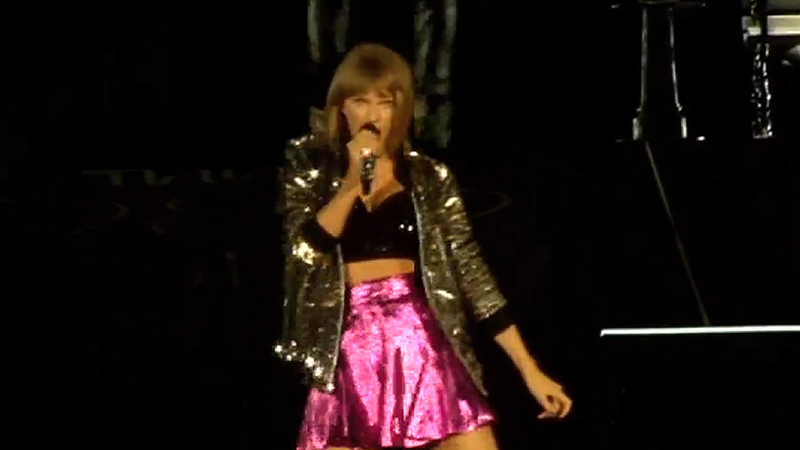 Swift proved Friday that music can bring so many people together, fans from all ages, all walks of life, came out to let their hair loose and have fun.

It's a dream come true for Taylor Swift fans.

More than 50,000 fans packed Levis Stadium to see Swift front and center performing songs from her hit album 1989, named after the year she was born, on her world tour. The sold-out concert brought out fans of all ages.

"Taylor Swift, she's so cute and so entertaining and so wholesome and so refreshing. She's the best," said Debbie Schafgans of Danville.

Swifties say you can't help but the love the artist for her spunk and for simply being inspirational.

"I really like how she just puts it all out there and kind of doesn't care what the haters say. She's a really great role model," said Elisabeth Welzien of San Ramon.

That's all the more reason one dad says he didn't mind every penny he spent on this unforgettable experience for his daughter and himself.

"There are three families and the dads, of course, we financed it. We're still making payments, we took money out of the college fund to do this," said Dirk Welzien of San Ramon.

Santa Clara police have issued a traffic advisory for both days.

Heavy traffic and delays are expected for highways 101, 237 and 880, as well as surrounding areas.

Vance Joy and Shawn Mendes are special guests for the Swift's The 1989 World Tour.

Scott Swift in the house. He's so proud of his daughter and all that she does on and off stage <3 pic.twitter.com/6WyoEOkkyw

.@taylorswift13 is here, for 2 nights! Comfy this evening at @LevisStadium where doors open at 5pm. Have Fun!! pic.twitter.com/GV8wdp3vc2