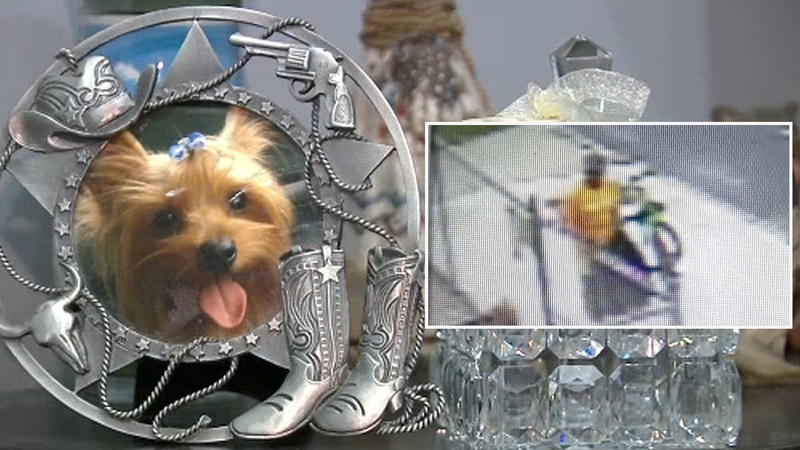 STATEN ISLAND -- A woman on Staten Island who was devastated after the ashes of her beloved dog were stolen from her home made a remarkable discovery Tuesday.

She found that the ashes had been returned, with an apology note.

The ashes of Dakotah, a Yorkie, were delivered to Gloria Johnson's front porch.

Surveillance video showed a man on a bicycle stealing the package and riding away.

She said the ashes were returned on what would have been Dakotah's 15th birthday.

She said the person who stole the ashes wrote a letter of apology, saying he had been off his medication.

"I'm just happy I have my dog because now I have closure," Gloria said. "The last three weeks all I've been doing is asking people, going to different stores and knocking on doors. I've been looking in people's garbage cans."

Dakotah went everywhere with his owner Gloria. They traveled, and they were inseparable, especially after Gloria's husband passed away last year.

"He was my emotional support," Johnson said.

But then Gloria had to put her beloved Dakotah down, and had his remains cremated.

They were delivered to her Staten Island home, as seen in security video, by a Federal Express driver on July 27th. But in a two hour span, Dakotah's remains were taken.