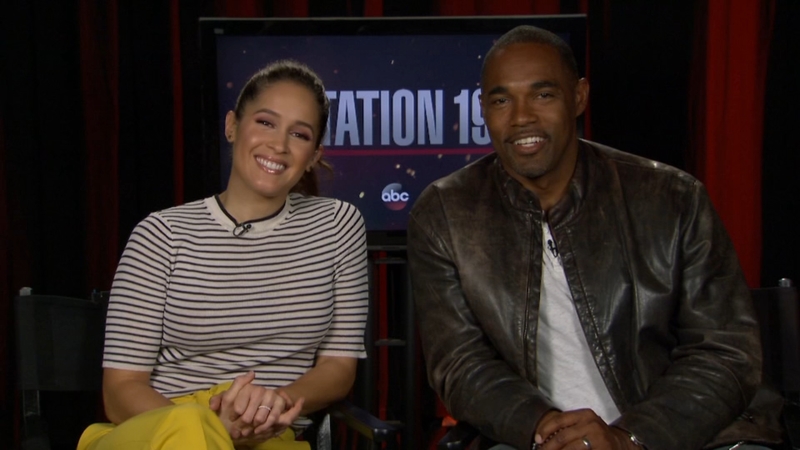 NEW YORK -- ABC is turning up the heat on Thursday nights with its new drama Station 19.

He and new co-star Jaina Lee Ortiz (Andy Herrera) took some time to talk about their characters and what we can expect this season.

George said that it was more emotional than he expected leaving Grey's.

"When Shonda Rhimes gives you an opportunity to be on the ground floor of building a new one of her shows you say yes, you jump at that," George said. "It was weird though knowing the next time I come back I'll be a guest star. It's like leaving home to go to college."

But he's not doing it alone. Ortiz's character Andy is a powerhouse female lead and an experienced firefighter who is now co-captain of the station. Tied up in her quest to be captain is one of the members of her love triangle.

"It's like a tennis match that will never end, that's what's exciting about it, you just don't know what will happen because people change," Ortiz said. "If you love Ryan one week you may hate him the next and the same goes for Jack."

This week, Andy and her fellow co-captain and ex-boyfriend Jack, will disagree over spending decisions at the station.