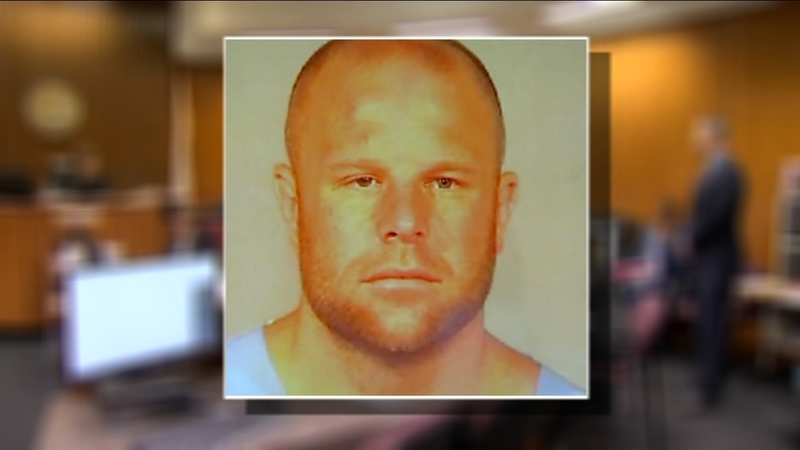 FRESNO, Calif. (KFSN) -- We are hearing again from the man who was arrested and accused of kidnapping and sexually assaulting a Northeast Fresno nanny.

From the Fresno County Jail, Joseph Ward called our newsroom and said that new evidence in the case proves he is not the person responsible for the crime.

Mark King, a criminal defense attorney met with Ward on more than one occasion. He is not Ward's attorney but has been working with his family who is interested in retaining his representation.

We asked King about the evidence Ward says he has that shows he is innocent.

King added that, "Everyone is innocent until proven guilty. People are wrongfully accused of crimes everyday and just because someone has been charged with crime doesn't mean they have committed the crime."

ABC 30 legal analyst Tony Capozzi said it is possible Ward's DNA was not found, but that does not mean he is innocent.

"There may not be, but is there an alibi to where he was at that particular time? If there is an alibi, would GPS back up his alibi?"

In a search warrant, authorities say there are other clues that link him to the attack.

One being the black basketball shorts and t-shirts found in Ward's girlfriend's hamper.

Items police say the suspect was seen wearing and holding in this surveillance video.

"I feel really upset. For me, I feel I am being falsely accused because of my record, my past history, and because I live in the area."

Action News reached out to Joseph Ward's public defender to see if we could get copies of the discovery and learn what was revealed, but were told he would not be commenting on a pending case.
Report a correction or typo
Related topics:
fresno northeastcrimeassaultwrongfully accusedkidnappingkidnaprobberyfresno police departmentcarjacking
Copyright © 2021 KFSN-TV. All Rights Reserved.
CRIME
Action News Morning Update
Man accused in deadly crash booked into Fresno County Jail
1 killed in shooting on Hwy 99 near Merced
1 shot in SE Fresno while trying to stop assault
TOP STORIES
Suspect identified in deadly Fresno hit-and-run crash
8-month-old baby's death in central Fresno ruled a homicide
At least one killed in crash in Tulare County, CHP says
Newsom assaulted by 'aggressive' man on CA street
CA launches electronic vaccine verification
Lightning flashes across sky in parts of Central CA
Robocall-like tech used to get to front of EDD line
Show More
New online vaccine record not working? Here's how to fix it
CA power grid declares Flex Alert for tonight
37-year-old shot multiple times in southeast Fresno
3 killed in fiery car crash on I-5 in Fresno County
CA will stop giving unemployment benefits to people not looking for jobs
More TOP STORIES News